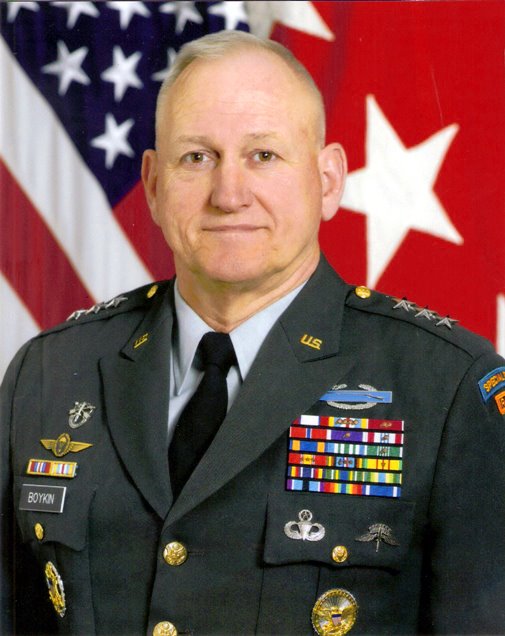 Even the venerable Hampden-Sydney college in Virginia, the 10th oldest college in America, and one of only three remaining all male colleges, has fallen victim to political correctness and fired professor Retired General William “Jerry” Boykin over the political correctness of the Potty War.  General Boykin is a former Under Secretary of Defense and the former commander of the Army’s elite Delta Force. He is currently Vice President of the Family Research Council.  The General has taught at Hampden-Sydney college for nine years as the Wheat Visiting Professor in Leadership in the Department of Government & Foreign Affairs. General Boykin has been a very popular professor at the school.  When the firing occurred there were no students on the campus to object as the school was on summer break.

The comment Boykin made that incensed the PC crowd, members of the LGBT community, and the Special Snowflakes was

“…the first man who goes in the restroom with my daughter will not have to worry about surgery.”

Hampden-Snydey was quick to fire Boykin when the LGBT crowd demanded it.  Boykin issued this response on Tuesday on his Facebook page,

Because some of you already know and are contacting me about it, let me make it official and let you all know that I have been terminated from teaching at Hampden-Sydney College after nine years there. Hampden Sydney is the 10th oldest college in America and is one of the two Men’s colleges left in ‪#‎America‬. Let me begin by saying that it is a fine school with some very good young men who give me hope for the future. There are also a few very good faculty members who I consider to be good friends and true patriots. They stood with me through this whole situation as the school made the decision to terminate me and I appreciate everything that these friends at the school did to try and help.

The bottom line is that I oppose these so called “‪#‎Bathroom‬” bills that let men go into women’s locker rooms, showers, and toilets and I have been very public about it. When I said in Orlando that “…the first man who goes in the restroom with my daughter will not have to worry about surgery”, the LGBT community once again came after me, claiming that I was calling for violence against ‪#‎transgender‬ people.

Well, that is simply not the case and I have never called for violence against anyone. I was referring to perverts who will use these policies to get into locker rooms with girls and women, and I object to that. My statement was meant to be humor and not a call for violence, which everyone in my audience understood as humor.

Nonetheless, I gave the LGBT community just what they needed to pressure the college leadership to terminate me and they did.

My personal view is that PC speech is smothering ‪#‎freespeech‬, a‪#‎constitutional‬ right in America. Too many years in the ‪#‎Army‬ talking to soldiers still impedes my ability and willingness to say things that are not permissible under the PC rules and it has cost me a job. But I have not and will not change my position on men in women’s showers and locker rooms.

I hope that moms and dads across America will stand up to this assault on women and girls. These bills are the epitome of disrespect and disregard for women and girls. There are already cases of men doing exactly what I feared would happen, from videoing a ten-year old girl in a gas station to choking a thirteen-year old girl and trying to abduct her. There are several other attacks in women’s facilities that have recently been reported.

Folks, this is immoral and dangerous to allow predators to enter any place where a woman has the right to expect privacy and security. I hope that all who read this will take a stand to protect our wives, mothers, and daughters/granddaughters. This is not about what happened to me at the college. I am done there and the school will not miss me. It is a good school but it is changing like all colleges. Focus rather on the real issue of stopping the insanity that endangers the women and girls that we care about in our lives.

Take a stand with me and sign the petition below to push back at President‪#‎Obama‬ and his executive overreach with the Department of Justice and Department of Education. Push back against these bathroom laws, and stand up if not for a moral reason, but for the safety of the women and young girls who would be put at risk.

Parents of Hampden-Sydney students pay over $54,000 a year for their sons to attend the school. They have every right and reason to object when political correctness rears its ugly head on the campus. This is the perfect time for parents and students to pressure the college to re-instate General Boykin as a professor at the school.

After discussions with Hampden-Sydney College, Gen. Jerry Boykin has accepted another year’s contract to teach in the College’s Military Leadership and National Security minor as Wheat Professor. Boykin stated, he “loves the college and its students and would be honored to teach for another year.”

Interim President Dennis Stevens said he was pleased that General Boykin will be with Hampden-Sydney for one more year.

At the end of the 2016-2017 academic year, the College will continue with its plan to restore the Wheat Professorship to short-term appointments in order to bring multiple perspectives on leadership to its students.

I guess the general didn’t get the 411 yet…according to the PC crowd, pedophilia is good for children, and they’re getting psycho-psychiatrists to agree with them! That’s what’s next on the LGBT agenda.

General Boykin was an outstanding military commander and extremely well respected and regarded with the Special Forces Groups he formerly commanded and it’s many retired alumni like myself across the globe. But the plain fact of the matter is that the brisk, bluff command manner that served him well among the elite forces of Green Berets he once directed and dispatched into combat zones across the world from his C&C center on Smoke Bomb Hill at Ft. Bragg, NC (or later on Delta force groups) is NOT a college campus or a public speaking forum.

I’m not in any manner defending the out of control political correctness or delicate safe-space inhabiting snowflakes that make up a considerable portion of today’s college environment or their all too frequent left-wing faculties and administrators but public discourse is not the barracks. I am delighted that General Boykin will be given another opportunity to establish that difficult pubic communication line for many ex-career military leaders in the civilian world of today between rejecting PC idiocies while communicating his thoughts and beliefs in a manner more acceptable in the civilian world. He is a very smart individual and will come to understand it’s the message that is important not the context you wrap it in.

update: HSC renews his contract for another year (no doubt due to the backlash)

Finally, so good news on the topic. Glad to hear it.

If there was an issue to push the envelope I would think this would be it. America is in the toilet if we let the administration get away w/this one. I ask all the men out there, do you really want some nasty hairy beast in the bathroom w/your wives, mothers, daughters, girlfriends?
Man Up and Take A Stand.

I have had the pleasure and honor to meet the good General and I am sorry he is having to deal w/this. It is wrong on so many levels.

Shame on Hampden-Sydney administrators, and shame on the alumni. I have lost all respect for their limp wristed administration. Where is the alumni on this? Sufficient pressure from the right ones, and this would not have happened.

Nobody should be putting up with this crap from perverts. And anyone pushing this stuff on the American people should be run out of town on a rail.

Wake up Western Civilization. We are committing suicide, and we shall reap the whirlwind.

I wonder what the sparkly they’re hiding is… Always watch the right hand.

I will double check with my father (alumni) and make sure that HSC is not remembered in his will. This is beyond ridiculous.

Time to start our own colleges!

Well, I don’t mean it as a joke and already told my wife that if it means jail time so be it. Any man goes into the bathroom with my wife or daughters and I’m putting my fist through his face.

That’s a bold-faced lie. I was talking to Dave out there by the flagpole the entire time. They musta wanted to keep falling down that way for some reason on their own. Penny Auction time.