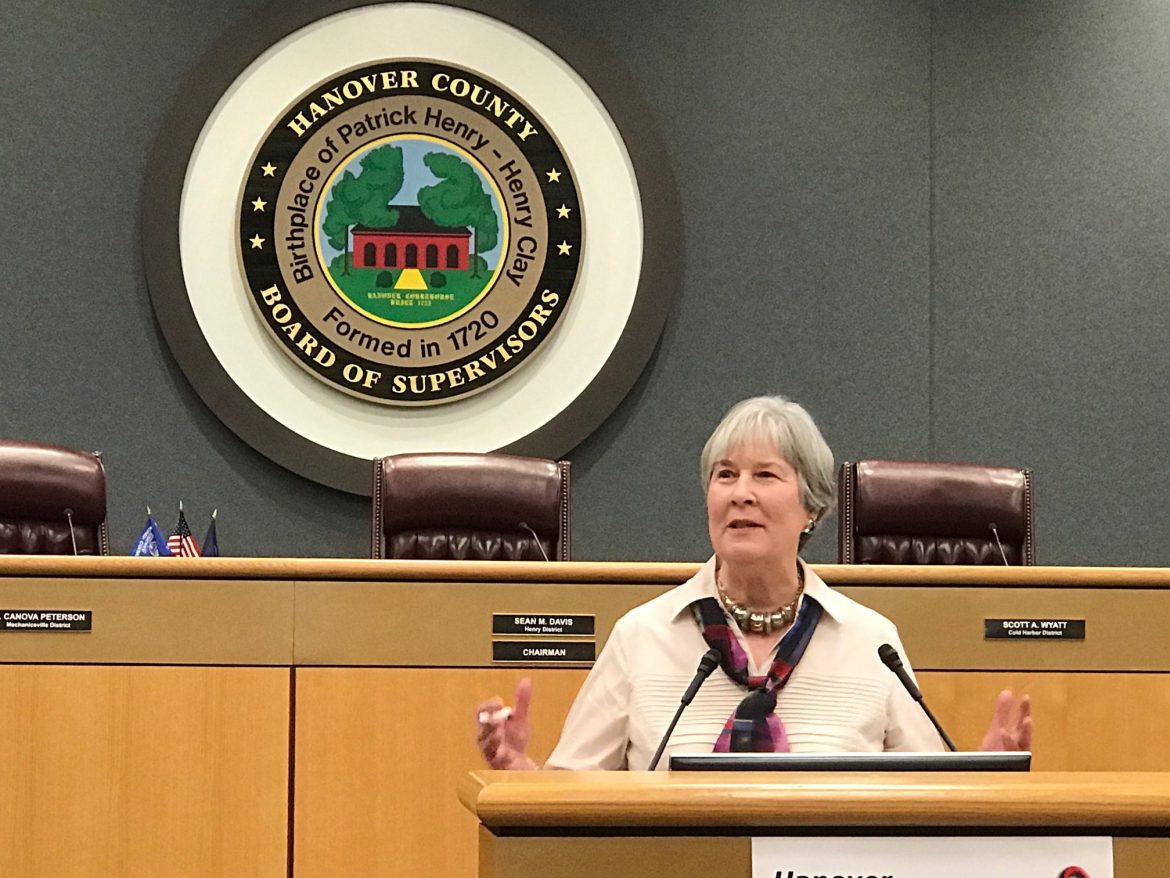 Hanover County Chairman, Dale Taylor, was removed from her position by a nearly unanimous vote on Wednesday night. The 80-1 vote was a sharp rebuke for the person directly responsible for creating the chaos that has consumed the 97th House District nomination and has threatened to spread across Virginia.

It was Dale Taylor who removed Scott Wyatt from the 97th LDC at the last minute and replaced him with a Chris Peace supporter who is not even a member of the Hanover County Committee. This action allowed the Peace campaign to try and cancel a Convention they knew they were going to lose and instead hold a primary, kicking off all of the recent turmoil in the party.

Taylor, who refused to attend the meeting that removed her from office, is claiming the Committee did not have the power to remove her because they did not provide her with the proper notice. The RPV Party Plan states Chairmen must be given 30 days notice of an attempt to remove them, and that 1/3 of the membership of the committee must sign a petition to that effect.

Chris Peace’s Attorney, Cortland Putbrese, sent a letter to members of the Hanover County Executive Committee saying that the meeting was improper and needed to be cancelled, making arguments about the manner, timing, and style of the notice and signatures.. The letter went on to say that if Taylor’s removal “adversely affects Delegate Peace’s attempt to seek the party’s nomination, we hereby notify you that the campaign reserves all of its rights to seek legal recourse against you.”

In a blatant attempt at intimidation, Chris Peace supporters were seen passing copies of this letter out at the meeting and verbally threatening Hanover County Committee members, telling them they could be personally sued if they vote to remove Dale Taylor from office.

Jeffrey Adams, attorney for Scott Wyatt, responded to the allegations made by the Peace campaign with a letter defending the actions of the Hanover Executive Committee and argued that Taylor was provided proper notice.

Shortly before the meeting took place RPV Legal Counsel, Chris Marston, issued another light-speed legal opinion concerning the type of notice required to be given to Chairmen before their removal. The ruling addresses similar issues to the arguments made by Chris Peace’s Attorney on behalf of Dale Taylor, addressing issues of what type of written notice is required, and when signatures need to be delivered to the affected Chairman, but it is vague about the type of signature required.

Regardless of Mr. Marston’s opinion the question of Taylor’s removal has been answered. As of now she is no longer the Chairman of the Hanover County Committee. If she wishes to challenge the actions of the Committee she must appeal those actions, and that appeal must be heard first by the Unit Committee, then by the 1st Congressional District, and then by RPV’s State Central Committee. Mr. Marston’s ruling may carry weight during that process, but it does not negate the actions taken by the committee.

According to the Hanover County Committee bylaws, Vice Chairman Darryl Carr is now Chairman of the Committee. As a resident of the 97th District he automatically becomes the Hanover Representative on the 97th Legislative District Committee. A meeting has been called for today, May 30th, where it is expected the LDC will vote to officially recognize the ruling of the 1st Congressional District voiding the upcoming primary and recognizing the results of the Convention.

Another meeting will take place tonight in Stafford where the RPV Executive Committee will meet to discuss the actions of Chairman Jack Wilson and RPV staff on the situation in the 97th District. Chairman Wilson has been acting to assist Chris Peace in his scheme in trying to switch the method of nomination at the last minute.

Even though the 1st Congressional District ruled in favor of Scott Wyatt’s appeal, upheld the results of the May 4th Convention, and voided the upcoming primary, and even though the 97th LDC will most likely vote tonight to confirm that decision voiding the primary, it is expected the Peace campaign will move forward to try and hold the election anyway on Saturday.

It is also, unfortunately, expected that Chairman Wilson and RPV Executive Director, John Findlay, will continue to leave the primary listed as on official RPV sanctioned event. This contradicts their earlier actions when they immediately removed the Convention from RPV’s calendar. If the primary remains on the calendar after today it will be one more piece of evidence that new leadership is needed at RPV.

There are still parliamentary games for the Peace campaign to play, but the avenues for them to have their actions to try and switch the method of nomination at the last minute officially sanctioned by the Party are quickly closing. Soon the only path left for Chris Peace will be the courtroom.

[…] the Hanover County Committee met to remove their Chairman, Dale Taylor, from her position. Before the meeting Dale Taylor asks Chris Marston for a ruling about the notice requirements for […]