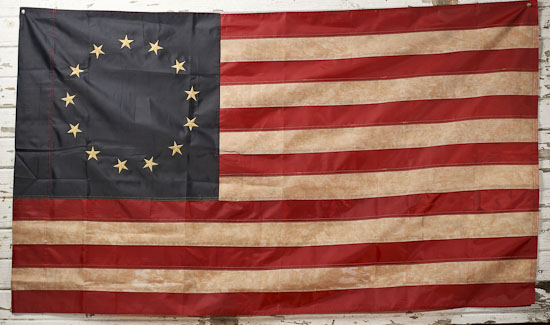 Happy 4th! Enjoy Liberty and Prosperity While It Lasts

I love this country. I choke up when I sing the Star Spangled Banner and recite the Pledge of Allegiance. I honor those who gave their lives to preserve and protect our freedoms. I revere this country as the greatest engine of wealth creation and prosperity in history. While other, smaller countries may have a higher GDP per capita or rank higher in surveys of happiness, they never fought a war to extinguish slavery, a war to liberate Spanish colonies, a war to end European monarchies, a war to demolish fascism, or a cold war to contain and defeat communism. For all our flaws, America has been the greatest force for good the world has ever seen.

But I wonder if we are governable anymore. Can any society as big, sprawling, populous and diverse as the U.S., reflecting such widely divergent values, long stand as a single nation?

The founding fathers crafted a federal Constitution that gave co-sovereignty to the states and accommodated diverse populations. Unfortunately, in the nation’s original sin, the federal system of government sheltered an evil economic system, slavery, and then a system of segregation in Southern states that was almost as evil. In a long march over the 20th century, the “progressive” moment concentrated power in Washington, D.C., and systematically reduced the co-sovereign states to administrative units of the central government. The shift in power had the beneficial effect of extinguishing state-sanctioned Jim Crow laws but led the nation to its current impasse, in which cultural and political differences are no longer resolved at the state level, reflecting local values and priorities, but are increasingly imposed nationally in a unitary fashion.

The result is a winner-take-all political system that raises the stakes for everyone. As the stakes get bigger, the politics get nastier. Nasty politics breeds misery.

Here, according to the 2019 World Happiness Report, are the happiest countries in the world:

What do they have in common? First and foremost, they are democratic republics with market-based economies and strong welfare states. Second, they are prosperous (attributable to their market-based economies). And third — and least appreciated — they have small populations. (Canada, population 37 million, is the biggest of the bunch.) Their societies are, for the most part, homogeneous. Their people share the same values, and because they share the same values, they enjoy high levels of trust.

America is a democratic republic with a market-based economy and an extensive welfare state. We also have a prosperous economy, where even the poor enjoy access to material possessions — cars, air conditioners, living space, televisions, cell phones, apparel — that would be the envy of many other nations’ middle class. But we are a nation where values — call them red-state values and blue-state values — diverge dramatically by geography. In our winner-take-all system of governance, the winners impose their values nationally, the losers feel oppressed. Trust is disintegrating. It is now routine to call our political foes liars, racists, bigots and traitors.

The 2019 World Happiness report notes that happiness in the U.S. peaked around 1990 and has been falling in fits and spurts ever since. Noting that happiness has fallen most sharply among teenagers, the report speculates somewhat convincingly that the rise of digital media has led to physical inactivity, sleep deprivation, social isolation and a decline in happiness.

There may be something to that, but I think there is more. Based upon my personal observation, the surge in unhappiness among adults stems from politics. I have seen nothing in my lifetime to match either the belittling, misogynistic, damn-the-truth rhetoric of Donald Trump, or the smug, ridiculing, damn-the-truth hatred of Donald Trump. Some blame the polarization on gerrymandering, which pushes elected officials to the ideological extremes. Some blame social media for creating ideological echo chambers. Some blame geographic sorting, in which people migrate to locales hospitable to their values. There is something to those theories as well. But no explanation is complete without acknowledging the winner-take-all nature of politics of a sprawling and diverse nation of 330 million people.

Unless we can return power to states, local governments, civil society and the people themselves, I see no respite from the culture wars. Factoring in the federal government’s tens of trillions of dollars of unfunded liabilities, the massive national debt, and the refusal of both political parties to deal with fiscal reality, our society is heading for a brutal reckoning. The United States of America, the country I love so much, is becoming increasingly fractured, ungovernable and miserable. I see no way out.

Have a happy 4th of July!