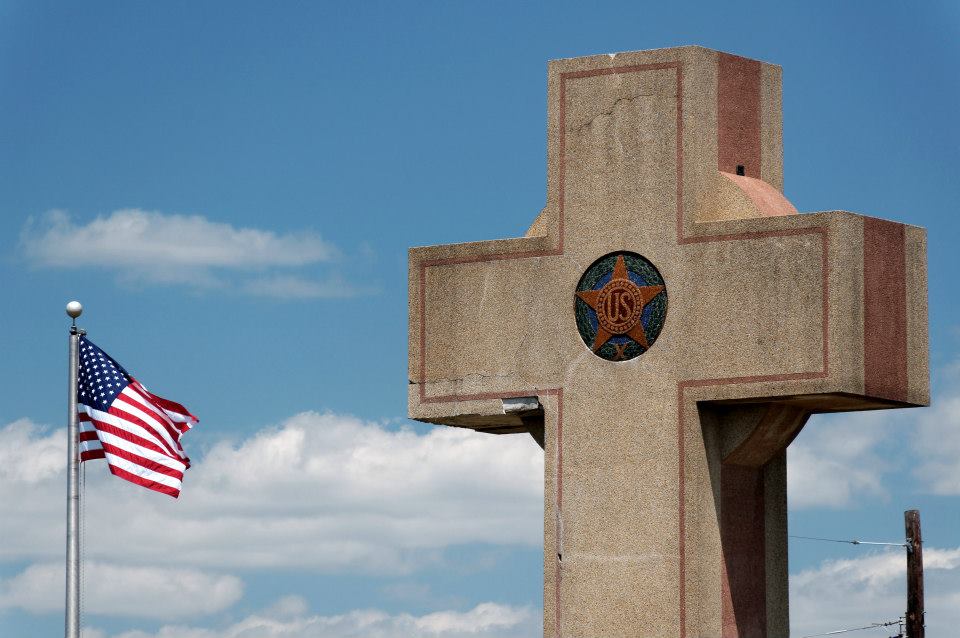 Last week, SCOTUS ruled 7-2 that the 40-foot Bladensburg Cross is allowed to remain on public land.

This is a seismic shift from the so-called “separation of church and state” that many believe is actually a real thing. It is not, and is nowhere in our Constitution, Declaration of Independence or any other founding document. Not allowing the government to impose a religion onto the people is a thing, but prohibiting the people from exercising religion (any religion) on private or public land by the federal government is not a thing.

Historical evidence easily proves this point. The founders were oppressed by the King of England in many ways, including the King’s desire to force a particular religion, the Church of England, onto the colonists. [My home state of Virginia’s House of Burgesses recognized in 1619 that the Church of England was the official state church of the Virginia Colony.] When our nation was created, the founders rejected the state’s ability to have an official church and created a one-way “check valve” via the 1st Amendment stating that “Congress shall make no law respecting an establishment of religion…” This phrase created what we today recognize as the “establishment clause” and clearly binds the Congress (the government) but does not in any way bind the people.

The ill-gotten notion that there is a separation of church and state is a “made up” thing that artificially created a “wall” that replaced the one-way check valve. The Establishment Clause proactively tells the Congress that it cannot make a law establishing a religion. And it further suggests that Congress has no other power to do anything else about a religion (like ban one, or prevent a cross from being erected by the people to honor war dead). However, for the last 50 or so years, the Court has taken “sides,” effectively legislating from the bench.

For us, this started in 1971 when the Supreme Court created what is known as the “Lemon test,” for use when determining if a law or practice violates the Establishment Clause. Those wanting this cross to be torn down sited Lemon as their justification, claiming that the mere fact that the cross was on public land somehow created a religion. This Court rightfully didn’t buy that argument.

In his opinion, Justice Alito wrote that the Cross “has become a prominent community landmark, and its removal or radical alteration at this date would be seen by many not as a neutral act but as the manifestation of ‘a hostility toward religion that has no place in our Establishment Clause traditions.’” Rightfully so, Alito has re-established that the government must be neutral towards religion. This is a big deal. Huge. Earth-shattering huge!

If the ruling had gone the other way, then every community in every state would have had to sanitize every aspect of anything religious. Think about that. Every community has something that is religious, like the name of a street, building, school, park, statue, cemetery, city or even the name of a state (like Mary-land). This ruling would have impacted our entire land, and paraphrasing Alito, “would have caused the government to pro-actively strip these communities of religion.” And that is not what our founders ever intended. Ever.

The cleansing would have undoubtedly started at the Arlington National Cemetery then, like a bulldozer, it would have toppled everything someone thought was religious in nature. Everything. This ruling could have demolished one of the most important purposes of our very founding – freedom of religion.

Rightly named, the “Lemon test” has proved to be a by-product of an overreaching court that legislates from the bench. Although this current ruling did not specifically overturn the Lemon test, it specifically ignored it. Scrutiny of the concurring opinions allows the casual observer the inside look that likely in the near future, this and other ill-gotten “tests” might themselves be set for demolition.

If our courts ruled Yes/No, then they would be doing their Constitutional duty. When they create a “test,” they are effectively creating a law and legislating, and creating potentially years of precedent that was never in the Constitution in the first place.

The court is signaling that these “tests” are not part of the Constitution and, in my words, represent legislation from the bench. The willingness of the court to overturn precedent, or at least ignore it, is the earth-shattering ruling that nobody felt.