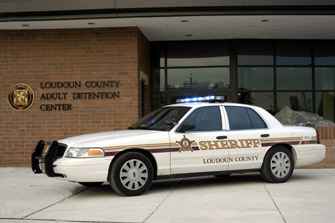 Has Ebola Come to Loudoun County?

On Thursday an inmate at the Loudoun Detention Center who had recently travelled to West Africa was transported to Lansdowne hospital after developing a low grade fever.[read_more] The Sheriff issued this statement,

Loudoun County government officials say their planning efforts for an Ebola threat paid off Thursday when an inmate at the Adult Detention Center who had recently been in West Africa was transported to the hospital with a low-grade fever.
“As a precautionary measure, because she traveled from a high-risk area known for Ebola outbreaks, that inmate had been isolated and monitored at the ADC since her arrival on October 13,” said Loudoun County Sheriff Mike Chapman.  “This morning, after consultation with Dr. David Goodfriend, the Director of the Loudoun County Health Department, the inmate was taken to INOVA Loudoun Hospital Lansdowne, after showing a low-grade fever.”
The inmate is currently at the hospital and is being evaluated to determine if her case meets the guidelines for Ebola testing.

It was later determined that the inmate did not meet the threshold for testing for Ebola. (Not very reassuring, is it?)

A hospital spokesperson told ABC 7 News that she had a “low probability” of having Ebola and “does not meet criteria” for further testing. The inmate will remain under observation at the hospital for now.

Why not test this woman even if the probability is low?

Why not test this woman even if the probability is low?

Because it’s time to stop the hysteria spread by people like you.

Another unneeded post and conclusion from the J. By the time you wrote this, they determined the person was clear of Ebola.

They have not determined that she is clear of ebola. They haven’t even tested her for ebola. They are assuming she doesn’t have it, and you know what happens when you assume, don’t you?