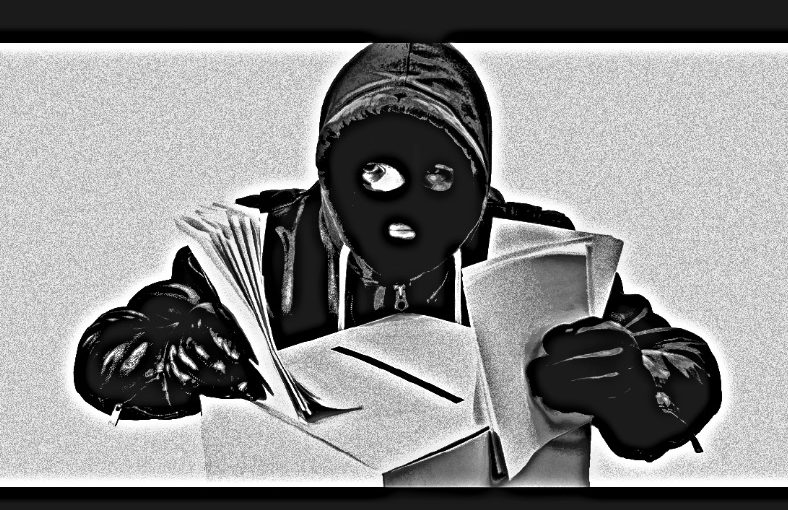 Have Democrats covered all methods of cheating in this election?

Voting in Virginia this year will be very different than in years past with so many ways for Democrats to cheat. The Democrats in the General Assembly have passed many voting bills during this Special Session that open up this election to fraud and corruption and our Governor has been more than happy to sign the bills.

First, there will be drop boxes for ballots. No identification is required. Information regarding that procedure is below. It gives a whole new meaning to ‘stuffing the ballot box’.

Second, a voter may vote absentee without any ID and without a witness to their signature on the ballot. Very easy to cheat on that. They need only have absentee ballots sent to a multitude of voters with a Democrat standing by to ‘harvest’ them or throw them in the trash if the right boxes aren’t checked. Or simply request absentee ballots, fill them out, and send them in.

A voter may choose to go to the polls on election day and vote without an ID. If they cannot present an ID (not a photo ID, but any ID, including the water and sewage bill sent to your house) the voter need only sign a piece of paper saying they are who they say they are. If you know a dead neighbor who was registered to vote, go the polls, say you are him, sign a paper, and vote. Easy-Peasy.

Have Democrats omitted a way to cheat in Virginia elections on November 3rd? It seems to me they’ve covered just about everything. Don’t be surprised if some Virginia districts have a voter turnout of over 100% (including dead people) by Friday, November 6th, three days after the election.

Official guidance from Virginia Department of Elections to local registrars on the use of Drop Boxes for voting:

RE: Security standards for drop-off locations

● any satellite offices in your locality; and

● at each polling place on Election Day.

Further, as the general registrar, you may establish additional drop-off locations within your county or city as you deem necessary. The General Assembly has mandated that the Department of Elections “shall set standards for the establishment and operation of drop-off locations, including necessary security requirements.”

What are drop-off locations?

● on public property, unless located at a polling place;

● compliant with any criteria for drop-off locations set by the Department of Elections.

● As the general registrar, you must establish drop-off locations at the office of the registrar and at each voter satellite office.

● Your locality’s drop-off locations must be available for the hours that the general registrar’s office or satellite office is open.

● On Election Day, you must operate a drop-off location at each precinct’s polling place.

● These locations must be available for the hours that the polling place is open.

● As the general registrar, you may also establish additional drop-off locations as you deem necessary. As noted above, these must be accessible, on public property unless located at a polling place, and compliant with any other criteria set by the Department of Elections.

○ The Department of Elections highly recommends that registrars confer with their local Electoral Boards to determine if and where to place additional drop-off locations.

● Existing drop-boxes on government property may be utilized as drop-boxes for the November 3, 2020 elections (e.g. drop-boxes for making utility payments). However, any drop-box used must comply with all of the requirements in this guidance.

● All drop-off locations must meet accessibility requirements, including being accessible to qualified voters as required by the provisions of the Virginians with Disabilities Act ( 51.5-1 et seq.) the Voting Accessibility for the Elderly and Handicapped Act (52 U.S.C. 20101 et seq.), and the Americans with Disabilities Act relating to public services (42 U.S.C. 12131 et seq). These are the same accessibility requirements as those for polling places, found in 24.2-310(C) of the Code of Virginia.

● Individuals are not required to show identification (ID) when returning their ballots to drop-off locations.

● At the general registrar’s office, satellite locations, and polling places, clear signage should indicate where voters drop-off their ballots versus where voters vote in-person.

● On Election Day, it is especially important that proper signage ensure that drop-off voters do not mistakenly wait in line to vote with in-person voters.

● On Sunday November 1 and Monday November 2, you are not required to operate drop-off locations at your satellite offices. However, you must continue to collect ballots daily from any drop-off location or drop boxes that remain open to the public on those days. If a drop box is available to the public on those days (for example boxes that are outside) and you do not wish for it to operate, it must be 1) locked so that ballots cannot be deposited in the box; and 2) have clear signage indicating that the last day for voting at this box is/was October 31, 2020.

● Must be constructed of durable material able to withstand vandalism, removal, and inclement weather, and be securely fastened to prevent moving or tampering.

● Your drop boxes must be monitored by a video surveillance system. Existing security systems on government property may be utilized for drop-box surveillance.

● Video surveillance footage must be retained for 30 days following the deadline to certify the election, or until the conclusion of any election contest, whichever is later; except

where there is a potential violation of law where the surveillance could be used as evidence, then it must be retained through the statute of limitations or conclusion of judicial proceedings, whichever is later.

● Your locality’s drop boxes should be well lit and have a clearly identified ballot insertion slot.

● Drop boxes should have signage clearly indicating that they are absentee ballot drop- boxes.

● Drop boxes should be designed to prevent overflow.

● If a drop-off location has multiple drop boxes, then each should be labeled with a unique identifier, such as a number, letter, or string of numbers and letters. That identifier will be used to describe the particular drop box for record keeping.

● All drop boxes must have an opening slot that is not large enough to allow ballots to be tampered with or removed. The opening slot should be designed to minimize the ability for liquid to be poured into the drop box or for rainwater to seep in.

● All drop boxes must be secured by a lock (e.g. padlock) or sealable with a tamper-evident seal. Only an elections officer, general registrar staff, or the general registrar or assistant should have access to the keys and/or combination of the lock.

● The individuals retrieving ballots should wear a badge or other identifier that readily identifies them as a designated ballot retriever.

● The drop box must be clearly and visibly marked as an “Official Ballot Drop Box” in all languages required under the federal Voting Rights Act of 1965. This includes:

1. Language stating that tampering with the drop box is a felony. 2. A phone number connecting the voter to your office. 3. A statement informing the public that no ballots will be accepted after 7:00 p.m. on Election Day, unless there are voters in line or the time for the closing of the polls has been extended by a court order.

● Staffed locations do not need to use a drop box, and instead may have ballots placed into either 1) a container placed behind a counter; or 2) a portable container that can be transported to a curbside or mobile voting area.

● However, these containers must be monitored at all times and may not leave the possession of the drop-off location staff while in operation.

● At least one staff member must monitor the drop-off location at all times.

● These individuals should be officers of election representing the two major parties, when practicable, or two employees from the office of the general registrar. Registrars and assistant registrars may also staff drop-off locations.

● To secure ballots, these individuals must use a container that can be locked or sealed

● Once the drop-off location is not in use, any mobile containers must be placed in an area that is inaccessible to the public and/or otherwise safeguarded from tampering during the hours not in use.

On Election Day, polling place drop-off locations should have clear signage to keep drop- off voters and in-person voters separate.

Your officers of election or employees should follow the instructions below to collect ballots from drop-off locations:

1. The officers of election or employees will remove the ballots from the drop-off location

and place them in a secure container. 2. That container will be sealed or locked by the officers of election or employees with their

signatures, the date, and a record of the number of ballots that have been secured in the container. 3. The sealed or locked container shall be immediately transported to the general’s registrar

office by the officers of election or employees who collect the ballots. 4. At the general registrar’s office, these ballots shall be processed following the procedures

1. Follow steps 1 and 2 above. 2. The sealed or locked container shall be immediately transported to the general’s registrar

employees must be at the drop-off location at 7 pm to collect the final cast ballots. Any person in line to drop-off their ballot at 7 pm is allowed to do so. 4. Please note that all drop-off ballots should be logged into VERIS as “other” when

choosing the return method from mail, in person, or other. These ballots do not need to be counted on Election Night but must be counted as soon as possible in the following days.

● You must post notice of each drop-off location in the general registrar’s office.

● You must post notice of each drop-off location on the official website of your county or city.

These notices shall remain posted for the duration of the period during which absentee ballots may be returned, through October 31, 2020.

Your office should create and retain a record each time ballots are collected from a drop-off location, using the attached form Ballot Collection from Drop-off Locations. You may store either physical copies of these records or electronic copies. Records should be retained for at least 18 months after the date of the election.

If a drop-box is suspected broken, tampered with, missing, or if chain-of-custody is unverifiable, the general registrar must investigate, document his or her findings, and report the incident to the Department of Elections, as appropriate. If there is any evidence of the above, the general registrar must also notify the Commonwealth’s Attorney. If any ballots may have been affected, ELECT will instruct your locality to post notice of the issue and allow impacted voters to complete the gold emergency form and cast a new ballot.

Any video security surveillance recordings of a box that has been tampered with should be retained, and local law enforcement shall be contacted as soon as possible.

Have Democrats covered all methods of cheating in this election? was last modified: September 5th, 2020 by Jeanine Martin