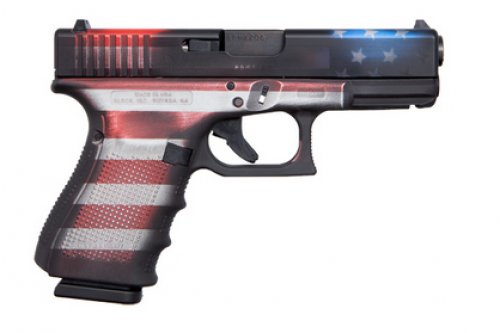 Virginia House Bill 961, the bill which would basically ban any type of firearm known to mankind, has been postponed by the Senate Committee in charge of firearms.  The non-partisan vote was 10-5, in which 4 Democrats sided with Republicans to postpone the passing of this hideous piece of legislation.

HB 961 is odious in many different ways, but what it is basically known for is that HB 961 would make any gun which could carry a suppressor illegal.Â  Aka any semi-automatic pistol would be automatically illegal. Donâ€™t believe me â€“ read this part of the legislation yourself:

ItÂ shall beÂ isÂ unlawful for any person to carry a loaded (a) semi-automatic center-fire rifle or pistol that expels single or multiple projectiles by action of an explosion of a combustible material and is equipped at the time of the offense with a magazine that will hold more than 20 rounds of ammunition or designed by the manufacturer to accommodate a silencer or equipped with a folding stock.

I want to thank the people of Virginia for rising up to fight for their God-given and constitutionally protected rights. You did this. Due in large part to the significant public outcry all over Virginia, the Governorâ€™s proposed ban on commonly owned rifles and magazines has been carried over for the year. This is just a temporary victory in the long struggle to protect our rights. Those who do not respect them will be back, and they will never stop trying to erode our freedom. Let this experience be a wake up call to everyone who has ever sat on the Election Day sidelines while others voted to choose our leaders. Elections have consequences for our lives and our liberty. While none of us can change the world by ourselves, each of us can make a difference. If you want to know how you can make a difference, ask your like-minded neighbor if they are registered to vote. If they arenâ€™t, make it happen. Go pick up your friend or relative who wasnâ€™t going to vote on Election Day and get them to the polls. Donate. Volunteer. Most of all, if this issue got you engaged, please stay engaged. We need you. Thank you again!

Democratic Senators Deeds, Edwards, Petersen, and Surovell sided with the good people of Virginia over Michael Bloomberg and George Soros to give us this victory.Â  We have a long road ahead of us â€“ but the grassroots of Virginia have spoken and a few elected officials have heard. This victory, which is temporary but real, was 100% because of each of you who testified at 2a hearings, emailed your state legislators/Supervisors/Council Members, wrote letters to the editor, and let them know that our elected officials work for each of us, and not for Michael Bloomberg.Â

HB 961 Not Quite Dead â€“ But Itâ€™s a Welcome Short Term Victory was last modified: February 18th, 2020 by John Massoud