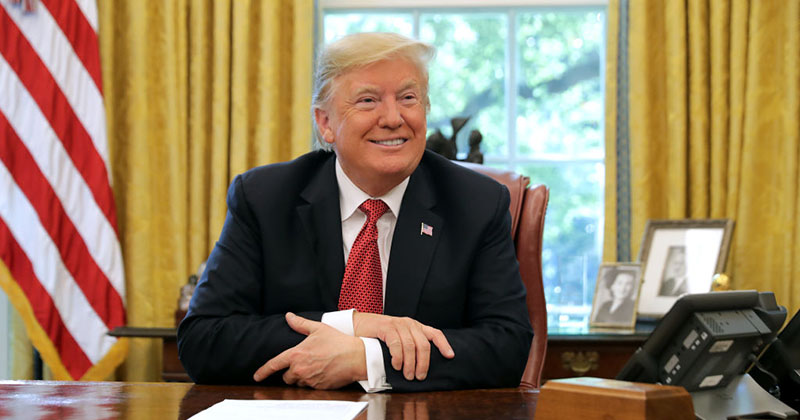 He was never supposed to win

Donald Trump was never supposed to be president, and could not be allowed to win a second term.  He upset the global socialist “apple cart” by believing that he could make America great again and then doing it.  His success was a major and unforgiveable embarrassment to the world’s power brokers.  It not only sidetracked their socialist agenda but showed it to be an enslaving failure.   Further demonstration of these failures could not be allowed, so when it became obvious that Donald Trump would likely win again, all stops were removed.  (Vote fraud of massive proportions was a last resort because it uncomfortably exposed the enormity of the socialist corruption.  It was simply necessary under the circumstances.)

America’s middle class of small business entrepreneurs, encouraged by President Trump, were and are a major impediment to the socialist world takeover agenda.   The historically successful values of western civilization with God, country and family are at the forefront of the American story.  These values, enshrined in the Declaration of Independence and Constitution, fundamentally empowered the free individual not the controlling state.  Since socialists had worked diligently for decades to undermine the concepts associated with individual freedom, the honest and hardworking middle class had to be directly attacked.  The bottom line was that a global socialist oligarchy, with China leading the charge, is to be established come hell or high water.

I often wondered why President Trump was unable to place in key positions of power people who were willing to act on behalf of the American people.  From Sessions to Barr and from Comey to Wray, criminal legal action was stonewalled.  Even when the evidence was overwhelming, criminal corruption within government somehow dissolved into regrettable nothingness.  The same type of nothingness is now seen in the vote fraud situation.  Will there be an accounting?  Will anybody face prison?  Unlikely, as there is no political will for investigation and lots of political opposition to it.  The horrors of what happened over the past couple of months are destined to the history books.

The big question now is “what are the American people to do”?  The march on DC a few days ago is quite reminiscent of the Tea Party march about 15 years earlier.  Large crowds of honest and hardworking Americans tired of political abuse decided to remind the political class that their behavior is unacceptable.  Unfortunately, an American patriot, a woman with 14 years of service in the Air Force, lost her life.  Not unexpectedly, the politicians with their media sycophants circled the wagons and conveniently blamed Trump.  However, finger pointing notwithstanding, there are long term repercussions for the politicians and for constitutional America.  A republic lost is not a pretty sight and history shows that significant trouble follows its dissolution.

By the way, for the Trump haters, you have targeted the American people.  Trump is but a symbol of what was and what can be.  You seem to think that by focusing all your hatred on him that those who value what he has done won’t be offended or will be placated.  You are wrong.

Finally, I repeat a very cogent statement by Winston Churchill when faced with the overwhelming power of the NAZI war machine:  “If you will not fight for right when you can easily win without bloodshed; if you will not fight when your victory will be sure and not too costly; you may come to the moment when you will have to fight with all odds against you and only a precarious chance of survival.  There may be even a worse fate, you may have to fight when there is no hope of victory, because it is better to perish than to live as slaves.”  The global socialists and their political allies should be careful, they may be living in interesting times.  Americans don’t like being backed into a corner.

He was never supposed to win was last modified: January 7th, 2021 by Dr. Robert Warren