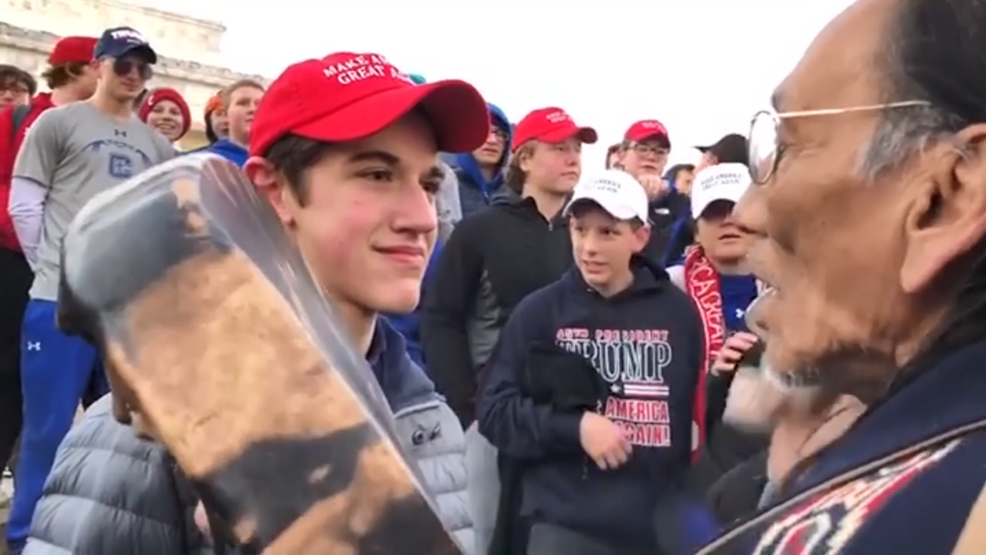 Over the years, my hearing has diminished. It started with ruptured eardrums as a kid and got considerably worse working around steam plants in the engine rooms of Navy ships. To top it off, I spend some time on aircraft carriers watching the launch operations. My hearing loss is now permanent, and not only involves loss but persistent tinnitus.

When I watched the confrontation between the American Indian and the Covington Catholic schoolboy, I saw hearing damage being done. The maximum exposer to a 100 db (decibel) sound is 15 minutes. It is about one minute for a 110 db sound. The tom-tom beating close to the boy’s face put the sound within a foot or less of his ears. I suspect that the boy had ringing in his ears after the confrontation. The ringing is a sign of damage which can be either temporary or permanent to some degree.

Most people believe that the only thing affected by noise is hearing. This is not true. Heart palpitations have been traced to intense rhythmic noises. I worked on an acoustic flame gun, a nonlethal device that creates great discomfort and also causes the loss of bowel control at the right frequency. Notably, at the very highest levels of noise, hearing protection is useless because noise is conducted through the bones.

When you go to your favorite professional or college football games, noise is always considerable. Peak levels have been measured in the 120 to 140 db range while sustained levels have been measured in the 110 to 115 db levels. These levels will do hearing damage in 1 to 10 seconds for the peaks or about a minute or less for the sustained levels. Imagine a rock concert with 110 db pounding for an hour or two. Is it little wonder that the military has difficulty recruiting young men and women with decent hearing.

The OSHA hearing conservation program requires employers to monitor employee noise exposure levels above 85db averaged over 8 working hours. As the noise levels go up, the time allowed for employee exposure to noise decreases. At 100 db, the allowed exposure is 15 minutes.

For how long and at what noise levels was the tom-tom beating American Indian assaulting the Covington Catholic boy? The leftist news media had an agenda and blamed the boy. The subsequent result was threats against the boy, his classmates, the school and more. However, he was not the one beating the tom-tom, and it is likely that he experienced the hearing damage. The American Indian also experienced self-inflicted hearing damage if he had any hearing left from his repetitious use of the tom-tom.