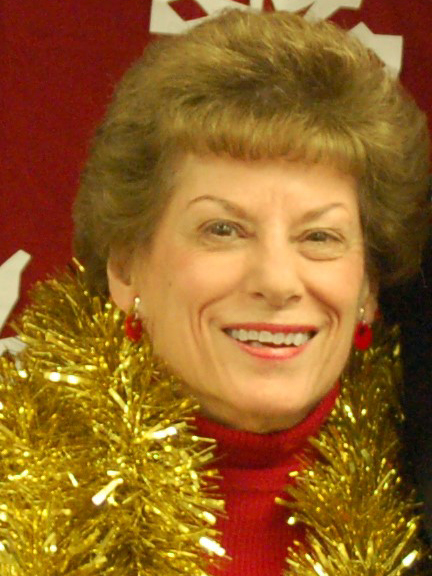 Somewhere in the heady days of the new Reagan Administration, at one of the unique events in Washington where the foot-soldiers of the Reagan Revolution came together, I met an engaging couple who originally hailed from Louisiana, for the first time.

Morton and Helen Blackwell were already battle-hardened and wise conservatives in 1981, and the first thing a new conservative in town learned was that there was no better, and no more consistent supporters you could have than these two.

Helen Blackwell, a magnificent lioness in the conservative movement, passed away last Sunday, on September 8th.

Her extensive accomplishments and contributions for the conservative cause both at the state and national level of politics are remarkable. She was part of the Eagle Forum, the largest and most influential social issue organization in the country, founded and led by the late Phyllis Schlafly. Helen served as the Virginia State Chairman of Eagle Forum for twenty-five years and wrote a regular column for the national Eagle Forum publication.

Helen was a tireless Republican volunteer in Arlington, Virginia, including three terms as Chairman of the Arlington County Republican Committee, and started and chaired several conservative groups, including the Virginia Conservative Alliance. She also served on the Board of Visitors for James Madison University.

In addition, she was an elected delegate to the Republican National Convention, and was elected to serve on the Republican State Central Committee (SCC) from the 8th Congressional District for several terms. [Always a dedicated conservative, Helen graciously allowed me, then serving on the SCC, to bring her out of “retirement” and nominate her to fill a sudden vacancy on the SCC. I knew she didn’t want the job, but she knew keeping the seat for a conservative vote was more important.]

As impressive as her intellectual contribution and leadership were to the conservative movement, however, really doesn’t tell you about the “real” Helen Blackwell. I knew her as an inexhaustible Christian sister, more interested in the life to come than even this life. She cared immensely for the lost and the hurt in this world and was a longstanding member and participant of Columbia Baptist Church in Falls Church, VA.

She and Morton, a true power couple in their politics and activities, were married for forty-seven years, and Helen was always a proud wife, mother, and grandmother. Her eyes would twinkle when she talked about her family. And when I visited the Blackwell’s in their home, or we met at various functions, Helen would always find a moment to inquire about my family and my children, and she and I would compare notes for a few minutes.

Each of us leaves our fingerprints on the lives of the others – those we love and those we interact and work with – for good or ill. Helen certainly did. The fingerprints of her life on this brief visit, can be found in the thousands of lives she touched through her writing and leadership, and in the people she shared with, worked with, and simply befriended with a twinkle in her eye and an easy smile.