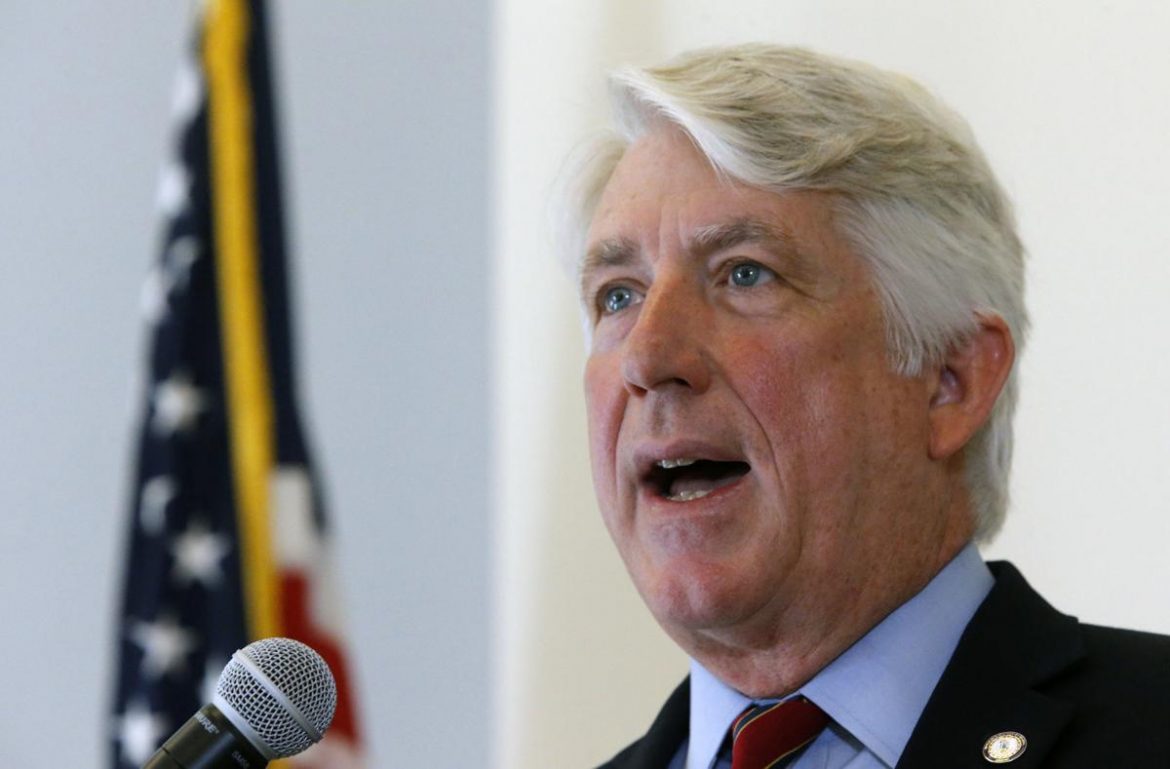 Attorney General Mark Herring wants to be the next governor of Virginia, which means he first must win the Democratic Party nomination. Despite confessing several months ago that he once wore blackface as a college student, he has put race front and center in his bid for the state’s top office. It will be interesting to see how that plays out.

Last year Herring launched his gubernatorial bid on the proposition that a crescendo of white supremacist hate crimes warranted new hate crime legislation. The bills he favored got nowhere in the General Assembly. But he’s back, participating yesterday in a Loudoun County forum on how to counter racial inequities such as the lack of judicial diversity, offensive highway names, and how to quickly remove Confederate monuments, according to WJLA.

Are those really the top concerns of Virginia’s African-Americans? Not jobs? Not education? Not health care? I guess we’ll find out whether a white man cranking up the volume on symbolic but inflammatory racial issues is a winning political formula in today’s Democratic Party.

On matters of substance, Herring raised the point that of the 410 judges on Virginia circuit court, 50 are African American. That’s 12% compared to 20% of the population. What is to be done? If he had any remedies, WJLA did not report them.

Here’s a figure that Herring did not mention: Only 5% of attorneys nationally are African-American, according to the American Bar Association. (I could not find figures for the Virginia bar.) Relative to the number of African-Americans in the pool of potential judges, one could say that African-Americans are over represented in Virginia. The problem is that the legal profession is predominantly white and has been more or less forever, and given the predominantly white supply of new lawyers, the percentages are not likely to change anytime soon.

If Herring has something serious to say about the pipeline issue or the high African-American dropout rate, I’m all ears. Personally, I believe that we need to address the problem at the source, and that the “source” of the problem precedes high school. Ultimately, if we want to improve cognitive development and educational achievement in all races, we must address how children are raised and enculturated in the family as infants, toddlers and pre-schoolers. Unless Herring is willing to endorse the idea of race-based quotas for the judiciary, law schools, and/or colleges — which, as far as I know, he has not — kvetching about the racial imbalance in the judiciary accomplishes nothing.