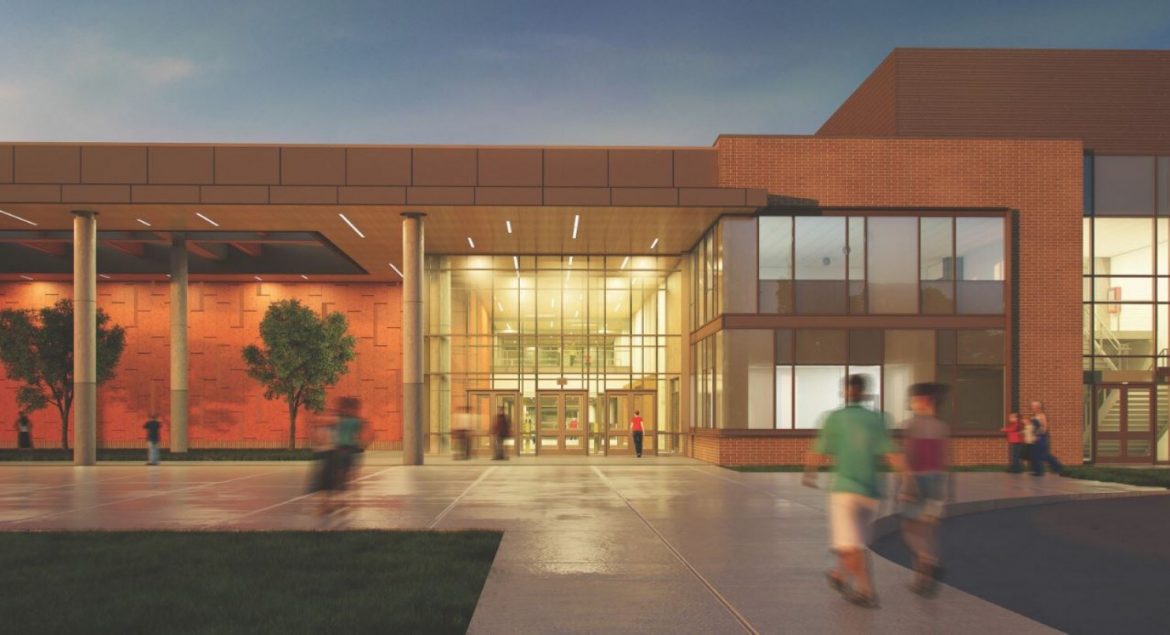 Academies of Loudoun (Photo by Stantec)

The first thing I discovered is that the Democrats in the last session created a kangaroo court within the Attorney Generalâ€™s Office for civil rights cases. It is the new Academies of Loudoun (Photo by Stantec).

The second thing I noted was the state-sponsored extortion that was part of the â€œdetermination.â€ This essay will be about the new law that enabled this determination, the finding and its implications.

Part II will expose the state-sanctioned extortion that the â€œdeterminationâ€ endorses.

This case, while focused on public schools in Loudoun County, is a shot across the bow of every business in Virginia. Not only small businesses are in the crosshairs. Consider Boeing and Amazon, corporate nomads both. Good thing they established headquarters in Northern Virginia before this law. But then again, they are flexible with regards to the states in which they do business. Those two Goliaths used to call the states of Washington and then Illinois (Boeing) and Washington (Amazon) home.

They have really good lawyers to assess the risk-reward of doing business in Virginia. So letâ€™s look at the new legal environment they must face.

Under the new provisions, if the Divisionâ€™s recommendations are not followed, the next step is to close the case and â€œthe complainant shall be given notice of his right to commence a civil action.â€

With the results of this investigation available to the plaintiff and the AGâ€™s office available to back him up, the chance of a defendant choosing to go to court are virtually zero. The General Assembly has thus effectively substituted an administrative process front-loaded for plaintiffs for a day in court for the defendant.

Letâ€™s pause a minute and ask ourselves who might serve in General Herringâ€™s new Division of Human Rightsâ€¦ Yeah, me too.

Demonstrating a couple of the enormous differences in rules of evidence, the NAACP filed six and one/half pages of hearsay and an undated draft correspondence that are part of the record of this investigation. So is the NAACPâ€™S own â€œreviewâ€ of the Academies of Loudoun. So was an undated assessment by a Loudoun County Minority Student Achievement Advisory Committee, whatever that might be.

The investigation determined there was reasonable cause to believe that LCPSâ€™ policies and practices resulted in discriminatory impact on Black and Latino students. The disparate-impact finding was a numbers game and the cure must be a numbers game.

The Academy of Engineering and Technology (AET) and the Academy of Science (AOS) are the only two programs offered to ninth-grade students at the Academies at Loudoun.

These steps included establishing STEM enrichment programs targeted at minorities, targeted outreach and recruitment programs, replacing the SOL/PSAT with the STEM Thinking Skills Assessment and engaging a panel comprised of a racially and ethnically diverse group of LCPS employees to evaluate finalists. The admissions team does not have access to applicant gender, race, ethnicity, socio-economic status, special education status, or English Language Learner status at any point during the admissions process. Students also take the California Critical Thinking Disposition Inventory Scores and the California Critical Thinking Skills Test and submit letters or recommendations and a writing assessment. Students applying for AET admissions must have successfully completed Geometry or for AOS Algebra by the end of the eighth grade.

All of those honest attempts at change together not only have

nâ€™t worked to meet the numbers demanded by the Attorney Generalâ€™s office. They havenâ€™t even narrowed the gaps. Asian American students still vastly outperform all other ethnic groups.

This year 103 of 126 slots in AOS were offered to Asian American kids.

The AGâ€™s official finding was:

So the outcome demands affirmative action, the quality of which will only be measured by the outcome numbers.

Certainly, Boeing and Amazonâ€™s employment records are next.

After this ruling, it would constitute professional malpractice for NAACP lawyers not to bring the cases. Similarly, it will be impossible for those two giants to avoid considering pulling up stakes â€” again. Not so easy for small family businesses.

This will prove a pyrrhic victory for the ever ambitious Attorney General Herring, Governor Northam and the Democratic General Assembly.