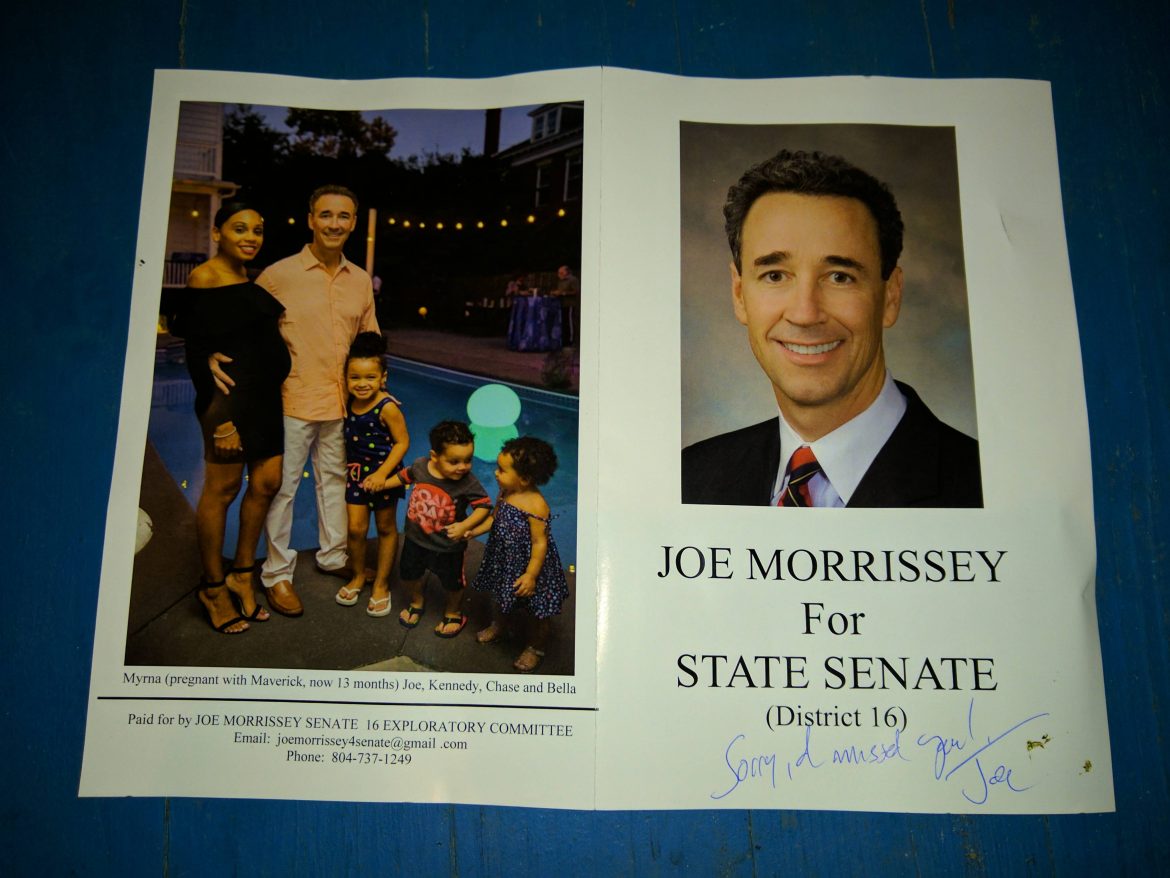 Richmond’s most colorful politician, ‘Fighting Joe Morrissey’, is once again considering a run for state Senate in the 16th district against incumbent Rosalyn Dance, (D-Petersburg).  Morrissey has recently moved into the district so he would qualify to run for the seat.

With printed literature (see above) Morrissey has been door knocking in the district.  From the VirginiaMercury.com,

“It would be a true statement that I’ve been to almost every house in Fulton and am working my way south down to Hopewell,” said Morrissey, a former Democrat whose last runs for office were as an independent.

Joe Morrissey is famous or infamous for a number of things including losing his law license, twice. The first time he lost his license was after assaulting and almost killing another man.  A timeline for Morrissey’s many brushes with the law and Virginia bar association, here.  When he was a Delegate Morrissey was also serving jail time for having sex with a minor, the young assistant in his law office.  Morrissey was also charged perjury and forgery.  He was released from jail each day to do his job at the House of Delegates.  Morrissey also ran for Governor and has previously run against Rosalyn Dance.  See all of his many elections here.

After marrying his office assistant Myrna Pride in 2016 she and Morrissey have had 4 children. Most of them are in the photo above.  Morrissey lost his law license for the second time in June of last year.  Morrissey is currently hosting a talk show on WJFN 100.5 FM.