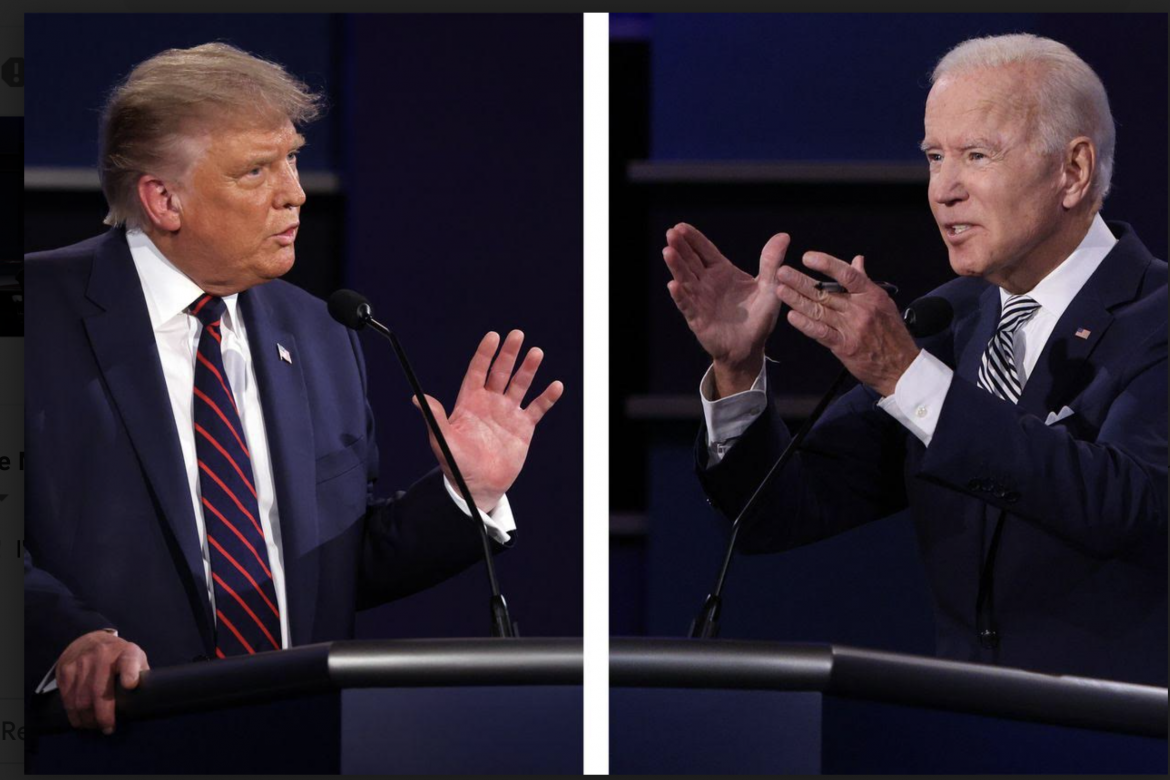 All politicians are given to hedging the truth.  However, some hedges are so outrageous that they are worth a comment or two.  Here are a few goodies from the first 2020 presidential debate.

Early in the debate, candidate Biden issued forth with a whopper about 100 million Americans having pre-existing medical conditions.  If he was talking about life in general, then everybody in the world has a pre-existing condition leading to death.  He seems to use numbers for effect regardless of their truth knowing that his compliant media will not fact check him.

Then there was candidate Biden’s whopper that ANTIFA is an idea and not an organization.  ANTIFA has a loose but effective organization structure, and just about every Democrat leader knows this.  Mostly white ANTIFA members are rioting, burning, looting, and murdering in major Democrat cities across the country.  They are protected by Democrat politicians because they are the violent anarchy and criminal enforcement arm of the “socialist” Democrat Party.

Since the new green deal is so controversial and impossibly expensive, Biden changed its name to the Biden plan – but left its core ideas in place.  A couple of decades ago Bill Clinton changed the name of President Reagan’s Strategic Defense Initiative Office to the Ballistic Missile Defense Office.  (This “new” office was loving referred to as BMDO except the D became a B in honor of Clinton.  Would Biden’s plan be BNGD or called “binged”?)

Another goodie was facilitated by the obviously “unbiased!!!” moderator Chris Wallace when he asked President Trump why he only paid $750 in federal income taxes.  Biden immediately jumped on the $750 – only he eliminated the federal income tax part.   Anybody who has ever started and run a business knows that there are major tax incentives and write-offs that help a business be successful.  Candidate Biden has been in government for almost half a century.  Has he ever started or run a business?

And what about Hunter Biden?  The corruption associated with this particular Biden son is internationally legendary.  In the old days, we would have referred to him as a bag man, picking up the money for the rest of the Biden organization.  Candidate Biden tried to shift the discussion to his dead son, Beau, but that went absolutely nowhere.  This debate episode reminded me of the Godfather movies.

Apparently, there were some 33 falsehoods associated with candidate Biden’s debate responses.  I have just picked a couple. Hopefully, the rest of the Bull Elephant crew will pick their favorite Biden doozy and add some color comments.

Final point:  Does anybody know what the focus of this first debate was supposed to be?  If it was about policy, it ended up being a bunch of haphazard questions loosely organized by Wallace into a bunch of disconnected segments.  Did anybody at Fox  News bother to ask him what he was doing?  Why was he not challenged to explain his “logic” before this debacle occurred?  Frankly, no matter how much of a big shot Wallace is at Fox News, he does have bosses – and none of them did their job here.