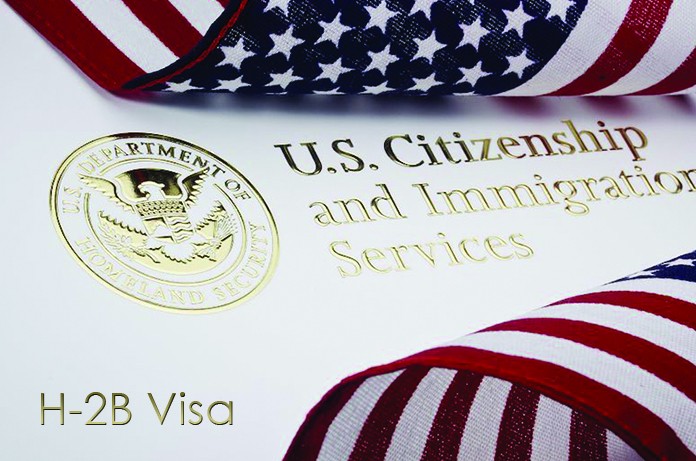 Many people misunderstand fundamentally the immigration issue in the United States.

The American people do not want open borders. They have already said that they won’t tolerate it and won’t stand for it. And all immigrants must comply with U.S. Law- that is the price of admission.

That said, Americans are also not an anti-immigrant nation. Poll after poll suggests that broad anti-immigrant language does not meet with great receptivity.

In other words, Americans seem to want high walls (well-enforced immigration law) but wide gates (immigration laws that are just and make sense and are not unreasonably strict).

It is with that background that President Trump’s recent decision to expand the number of H-2B visas granted must be met with welcome.

The important fact here is that Trump is not going easy on illegal immigrants. These are visas granted to workers to legally come to the country for “seasonal non-agricultural workers, and are generally good for up to a year. The visas are sought by summer and winter resorts, as well as other seasonal businesses — from Maryland’s crab-picking plants to Alaska’s seafood processing industry.”

Anyone who has ever been to a Six Flags during the summer knows that many of the staff are foreign nationals, coming here to experience the country and work for the summer. It’s that kind of thing.

This is a move that makes sense. These people are not high threats to overstay, these are not illegals being given any special privilege. These are international laborers here to fill temporary needs.

These are the kind of solutions that are a part of a larger solution on immigration. Make the walls high- enforce immigration law. But make the gates wide- make these laws serve our current needs so that we are not cutting off our nose to spite our face.

The President should follow suit by expanding the number of H-1B Visas- those for highly technical workers. These accomplish two key goals. First, they fill key research and development needs that keep our country at the forefront of advancement technologically. Second, they take those skilled nerds away from other countries that are competing with us economically (like China). But mostly, they allow skilled laborers who had already gone to college or Ph.D. programs here to stay here and become the Americans that they already are culturally.

Round it out Mr. President. Enforce the laws and make them make sense. That is why we elected you in the first place.

High Walls and Wide Gates was last modified: May 29th, 2017 by Steven Thomas

It is a misnomer that there are “jobs Americans won’t do” and there are far too many Americans out of work right now. There is no need or reason to import foreign labor into a country where the labor force participation rate has dropped to levels we haven’t seen since the 70’s. It is time to get Americans back to work NOT thwart efforts to do so by supplanting them with foreigners.

The writer understands something about the H-B visas that many Americans forget. When I graduated HS back in the early 1980’s, we kids saw it as a right of passage to get a job in Ocean City for the summer, put aside a few bucks, and get some experience. HS graduates nowadays or college students are either still living off of Mumsie and Daddy, or are too lazy, or think they’re too important to take a minimum wage job.

My HS classmates bragged about working at Ocean City for the summer. The coolest students of my HS class all got jobs at Ocean City or Rehoboth. Now I’ll see Northern Virginia HS graduates and ask them about their plans for the summer – and they’ll talk about going to the beach or hanging out. Ask them about summer jobs though and too many will say “got better things to do”.

Until American families and the like get their heads screwed on straight and stop supporting their children through their mid 20’s and later, we’ll need foreign workers to come into this country to do the jobs that, sadly, today’s American youth are too lazy or too privileged to do.

It is too attractive to import slave labor for the summer, the businesses have no reason to offer reasonable wages.

Wrong. American kids now expect unreasonable salaries. At Rite Aid in Ocean City, they offer $12.50 to the immigrants and find places for them to stay at low cost. How is that unreasonable?

Funland in rehoboth offers $7.50/hr, guess who works there.

Companies falsify the claims that they can’t find people willing to work in these jobs so they can hire foreign workers because they can pay them much less than Americans. In addition, these foreign workers are legally barred from looking for employment from anyone else, and know that the only thing keeping them in the United States is their employer, so they better not complain about hours, salary, working conditions, etc…

The H-1B and the H-2B visa programs are the equivalents of indentured servitude, and should be ended, not expanded.

I agree, there’s a fine line between sensible immigration and gaming the system. This hurts American workers.

Thank you and Mick for your comments.
Commerce is the delivery of goods and or services at a cost.
When we have bussiness operate and employ legally, we have Capitalism and Commerce on a level playing field. With this legitimacy only then can Goverment give out truthful employment numbers and can produce budgets based on actual revenue.