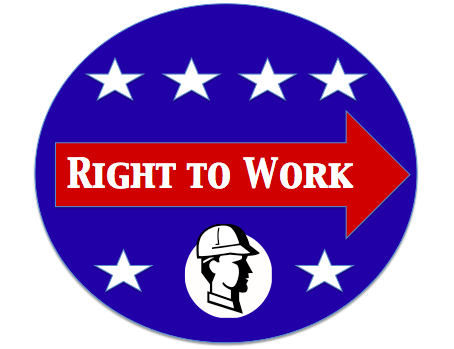 “If there was any doubt that Hillary Clinton is overtly hostile to the bedrock principle of the Right to Work, her video comments below should remove it.Virginia’s position as one of the northernmost Right to Work states has been a key to its economic success – so much so that even Tim Kaine supported it, at least until he joined the Democrat ticket.”

“Virginia Democrats have bent over backward time and time again to promise that they’re not opposed to right to work, that there’s no reason to include it in our Constitution this November. But Hillary Clinton’s comments make it absolutely clear that a Clinton-Kaine administration will do whatever it can to hobble Virginia’s economic growth, either through higher taxes, onerous regulation, or pushing for forced union membership in Virginia.”

Hillary’s delivery and manner are strange, off. Something’s not right.

Exactly… she is not well. Downright scary.

I agree. I wonder if she’s having TMI’s, mini strokes. I hope she gets better. I would hate to think we could elect a President who is this ill.

Many things seem unusual now. I am wondering about the first debate.

If Hillary is as experienced and knowledgable as the media says? Then why is she taking about 5 days off to prepare to debate someone she says is as unqualified to be president as Mr. Trump? That’s the real news today, Jeanine.

Hillary is most likely resting and getting needed medical attention so she does not pass out on stage Monday night.

And, back when she debated Bernie Sanders, and was absent after a commercial break? Was she even then getting medical attention or medication?