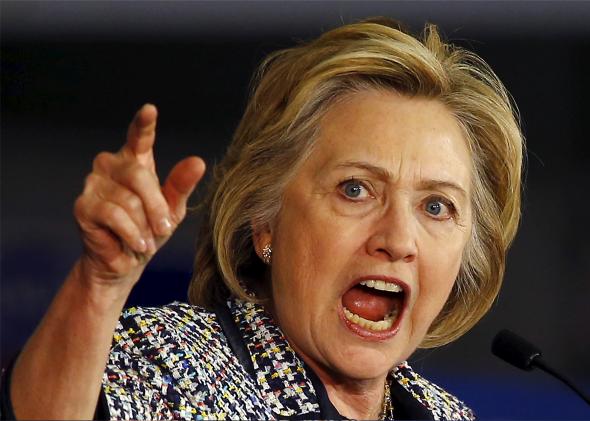 Both candidates articulated their economic vision for America this week.

Former President Bill Clinton, when campaigning for NAFTA, asserted that the historic trade agreement would result in an immediate increase in 200,000 U.S. jobs.

Hillary championed NAFTA too, exalting the virtues of the deal she said would invigorate American job growth in the “new economy.”

Talk is cheap. NAFTA gutted the U.S. manufacturing base and cost our nation over 1,000,000 jobs while depressing wage growth. Over 5,000 factory plants were shuttered.

Mrs. Clinton then doubled down with the 2011 Korean trade deal — KORUS– spewing much of the same globalist, open borders rhetoric embraced by the international corporate elites and their slave trade network partners.

The U.S. Chamber, the funding arm of the Wall Street bankster ruling class, played their usual lackey role in assuring its passage by doling out campaign money to their Congressional collaborators.

The Obama White House promised KORUS would “increase exports of American goods by $10 to $11 billion” and that it would “spur 70,000 new American jobs from the increase in exports alone.”

Now the results are in: far from supporting jobs, the corrupt deal exploded the U.S. trade deficit with Korea and eliminated more than 75,000 good paying American jobs between 2011 and 2014.

The Trans Pacific Trade Partnership (TPP) is NAFTA and KORUS on steroids. It’s the final puzzle piece that the no borders billionaires crave in their never ending quest for slave labor.

While Mrs. Clinton might claim a change of heart, the facts lead us to another conclusion.

Hillary was TPP’s most prolific proponent while she ran the U.S State Department. She campaigned for fast track.

Feeling the Bern last year in the rust belt, she suddenly reversed her position.

Make no mistake: Hillary Clinton will sign TPP into law first chance she gets.

She’ll protect KORUS and NAFTA, too. She has to. The global corporate cabal is funding her Foundation and her campaign to the tune of hundreds of millions of dollars, courtesy of their unrelenting earth search for new sources of cheap labor.

All to the detriment of the U.S. worker.

Clinton has supported every trade deal that shipped our jobs overseas — from NAFTA to KORUS to TPP to China.

Hillary Clinton and her global elitist minions — on both sides of the aisle — are singularly responsible for the destruction of American manufacturing and the outsourcing of millions of our jobs.

Donald Trump’s America First economic platform would rip these disastrous trade deals to shreds and catalyze the creation of tens of thousands of good paying American manufacturing jobs. According to Bloomberg News, 68 percent of Americans believe we are headed in the wrong direction.