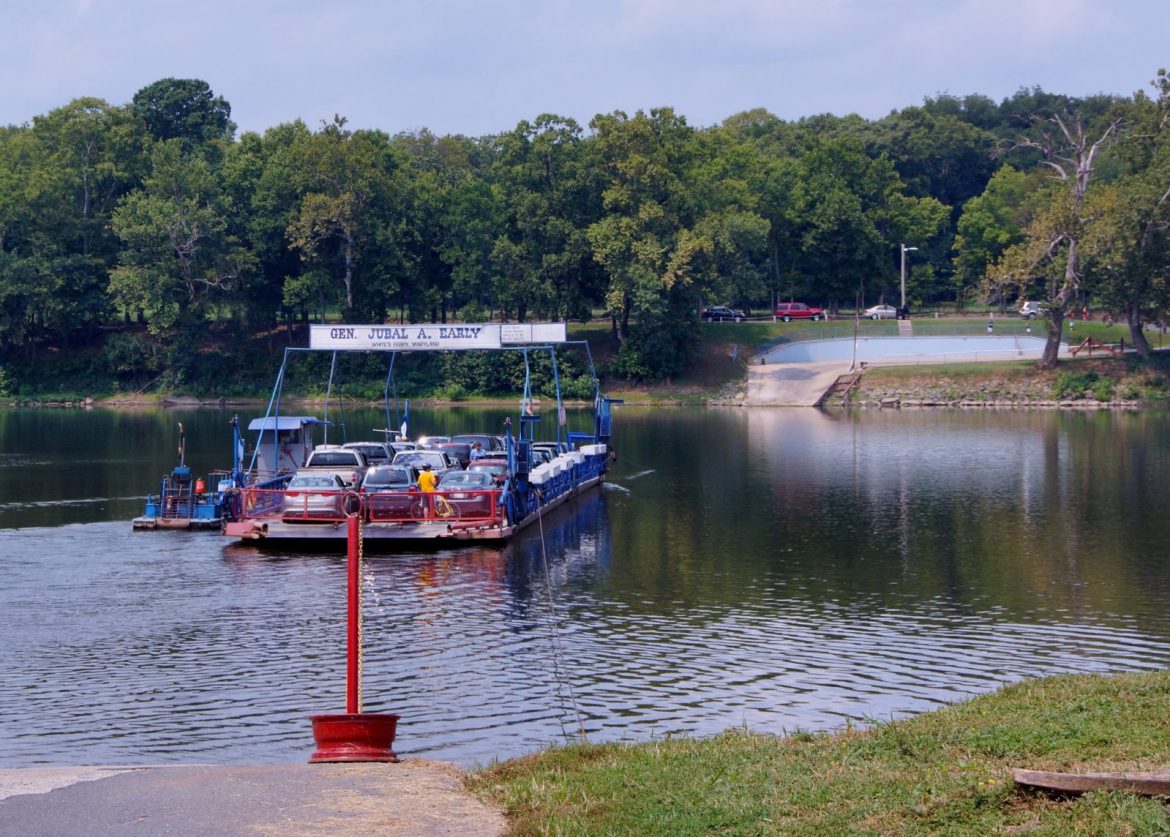 The last ferry crossing the Potomac River has ceased operations. White’s Ferry has crossed the Potomac River between Loudoun County Virginia and Montgomery County Maryland since the late 1700s but a property dispute has ended it. At one time 100 ferries made the crossing along this section of the Potomac River. Currently ferried at this historic spot are between 600 and 860 vehicles per day.

Herbert Brown, whose family owns the ferry service, said he became involved in its operations in January after the death of his father, who ran the business for 75 years. Brown said Rockland Farm (a winery and wedding venue) ­wanted $200,000 a year for landing rights — an amount the ­six-employee business could not afford.

Brown said the ferry, which is run on cables, is a “hard business to run.” Traffic has been down 30 percent amid the coronavirus pandemic, and frequent floods — including one on Christmas Eve — forced the ferry to temporarily suspend services.

“The judge ruled against us and gave them an injunction that we couldn’t land on their property,” Brown said. “We’ve been trying to negotiate with them, but it’s gone nowhere.”

From The Richmond Times-Dispatch,

The ferry company argued that public access was established through an eminent domain case involving Loudoun County in 1871. But the owners of the Rockland property argue that the 1871 case involved property that was north of the current landing site. They filed a lawsuit in 2009 alleging that the ferry operators had violated a 1952 licensing agreement with their predecessors by removing a retaining wall in 2004 and replacing it with another wall farther from the shoreline.

The judge found the ferry company liable for trespass, damage to property and breach of contract.

This is very sad. White’s Ferry crosses at a beautiful spot in the Potomac River between Leesburg Virginia and about 6 miles from Poolesville on the Maryland side of the river. The gorgeous scenery has been enjoyed by millions since 1786. Let’s hope something can be worked out between the parties to continue ferrying people across the river.