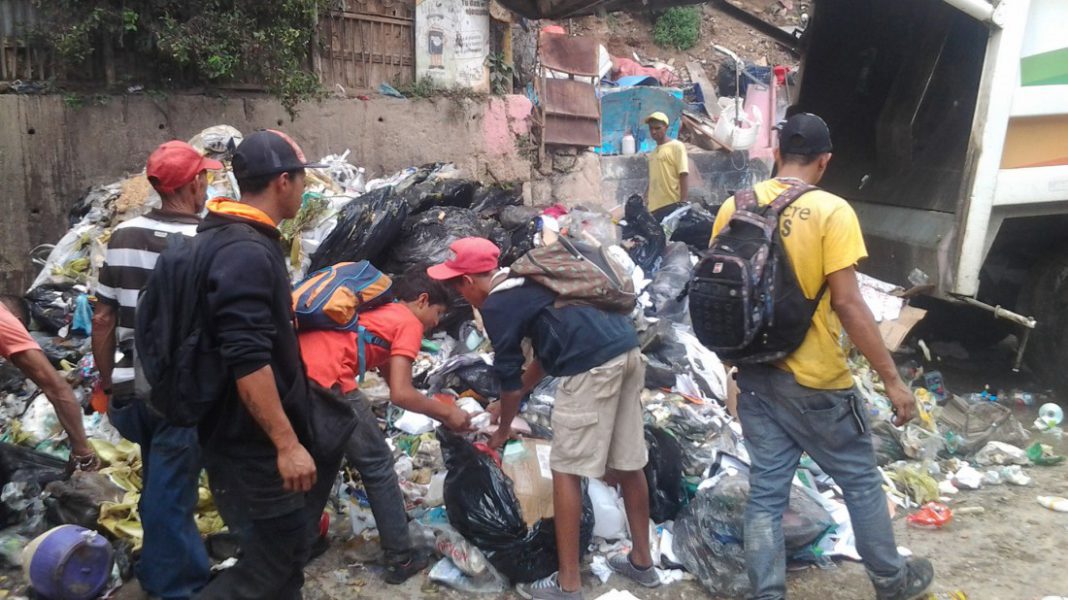 You may not have seen much on the news about the collapse of Venezuela. No food. No health care. No jobs. Lots of violence, lots of looting, lots of corruption. This is what happens when socialism collapses, and it always collapses. Venezuela has not hit rock bottom yet it will still get worse, Increasingly worse.

If you thought it was bad under Caesar Chavez, this is what it is under Maduro and as we see every day, getting worse. Experts are now predicting inflation in Venezuela to hit 1 million percent. Try to wrap your head around a figure like that, 1 million percent inflation.

As a real-world example, the price of a loaf of bread or a gallon of milk could increase to the price of your car before you can walk to the market. Venezuelans are losing on average 24 pounds a year from starvation and nearly 90% of the country is living in poverty.

This is the kind of future that Bernie Sanders and Alexandria Ocasio-Cortez would want for America. But you know what Democrats say ‘we’re not talking about Venezuela when we talk about socialism.’ They say ‘how can you possibly talk about Venezuela we’re talking about Denmark.’ But you know, as Shakespeare said, ‘there’s something rotten in Denmark.’ The government benefits in Denmark are anything but free.

Denmark touts a federal tax rate of 56%. In other words, everyone in Denmark is working for the government. Can you imagine millions of Walmart workers or McDonald’s employees being notified that they will owe more to the US government than they are being paid? (this doesn’t even include the 25% value-added national sales tax.) Take a look at cars. They have a 180% tax on cars. You pay more in taxes than you do on the actual car.

Under socialism, why would anyone want to work? Unemployment is a huge problem in Denmark. This is a huge problem. In 2013, only three of the country’s 98 municipalities had more than half the population working and I haven’t even gotten to schools yet.

Schools are free, college is free, that’s a socialists dream. And they have a well documented higher education plan that is supposed to graduate their students in 5 years. They also pay you 990 dollars a month to go to school. But you know what happens then? Easy to guess, nobody graduates from school in 5 years, they stay in school longer and longer and longer. What is supposed to take you five years is taking everyone 6+ years. That is the real impact of socialism.

As one person who studied Denmark said, “nowadays all the kids graduating from school in Denmark want to start cupcake cafes. Nothing wrong with cupcakes, I think that Magnolia here in New York is pretty successful but in other words nobody is incentivized to do anything because they’re not going to be rewarded.”

Denmark, like Venezuela, has stripped people of their opportunities. Is that the direction the US needs to be traveling? Bernie Sanders likes it. Alexandria Ocasio-Cortez likes it and a lot of young Democrats are looking at these two as their future.

Making America Great Again should encompass learning from history. Socialism has never worked. That is not an arguable point, it is a fact. Socialism has been responsible for millions upon millions of deaths over the last hundred years. From the Soviet Union to China to Cuba to North Korea and Venezuela and a few others.

The Founding Fathers understood that the lessons of history endure because human nature never changes. Human emotions are the same today as when the Pyramids or Great Wall of China were built: Love, hate, ambition, the lust for power, kindness, generosity, and inhumanity.

“Human nature will not change. In any future great national trial, compared with the men of this, we shall have as weak and as strong, as silly and as wise, as bad and as good. Let us therefore study the incidents in this as philosophy to learn wisdom from and none of them as wrongs to be avenged.” – Abraham Lincoln

The Caribbean has new swashbucklers these days. Molded on the Somali seafarers, Venezuelan pirates are taking to sea, searching for targets of opportunity. Any boat on the horizon is fair game.

Good thing the leadership hasn’t figured out that Genocide Tourism is the new must see. Cambodia is raking in the dough from so many tourists visiting the skulls of what used to be the country’s upper class that they have to limit the daily numbers.

Socialism does work in a sense.

In about a century, socialism has infected every element of America. As noted above, it is much worse in Western European countries. The Muslim invasion in Western Europe and America’s open southern border provide access to a massive socialist inspired welfare state. If it is not stopped, Western civilization will collapse.

No, you are wrong. History proves from the beginning of recorded time that no form of government works with a corruption based people. Capitalism is crashing and burning right before your very eyes and you deny it. Socialism will not work either.

Just as John Adams said the Constitution would not work with a godless society. It is not working now.

It will also not work with anything other than Christianity.

The comment was in reference to Adams and the founders. Today, we refer to judeo-christian which is fairly new.