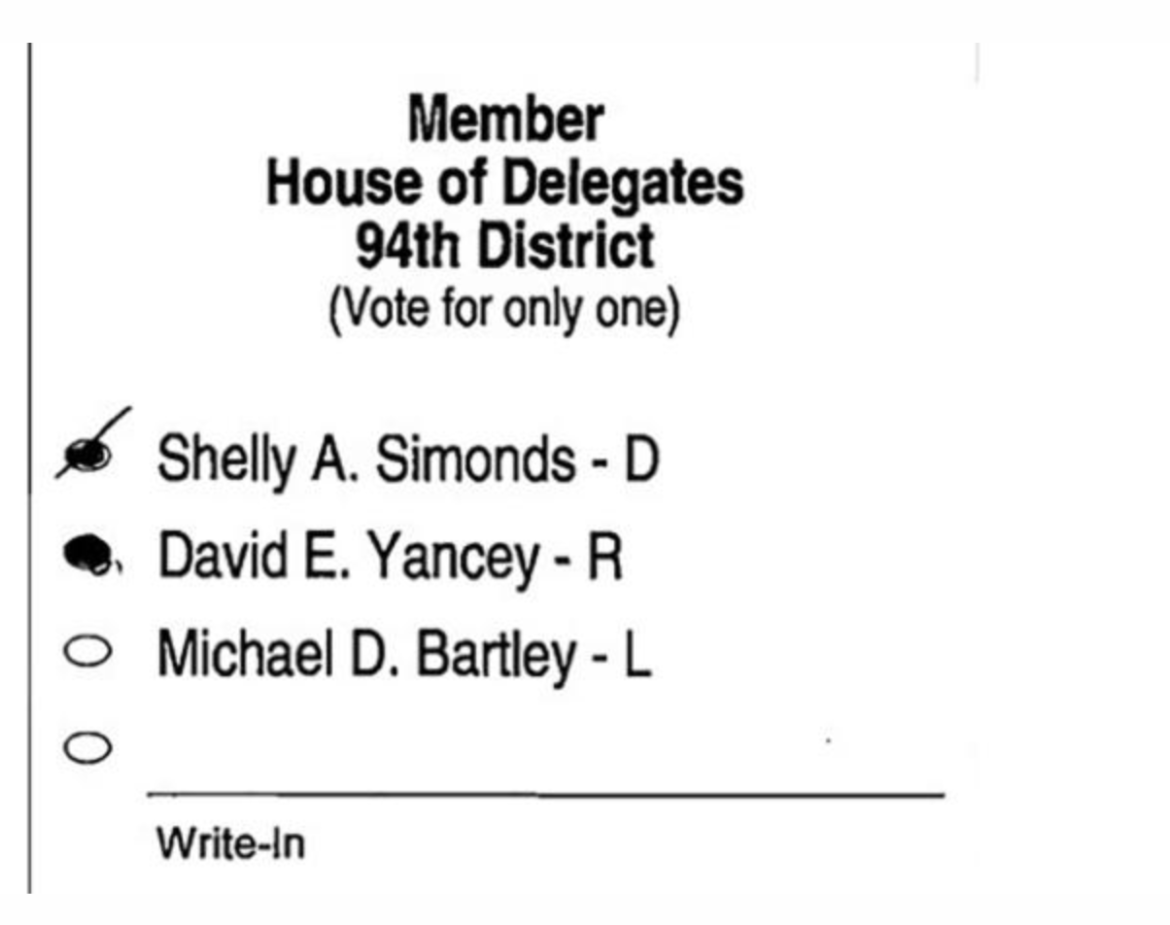 On Wednesday morning, at 11:00 am, the State Board of Election is scheduled to choose a winner in the tied 94th HOD district, “by lot”.  Before that can happen, Democrat candidate Shelly Simonds is asking the Newport News Circuit Court to reconsider the disputed vote which was declared to be for David Yancey last Wednesday.  That ballot moved the election from a one vote win for Simonds to a tie.  Democrat Simonds is hoping to halt the action of the Board of Elections tomorrow morning and hoping the circuit court will declare her again the winner by throwing out the vote that went to Yancey on last Wednesday.  (Simonds was unable to file today because courts were closed for Christmas) 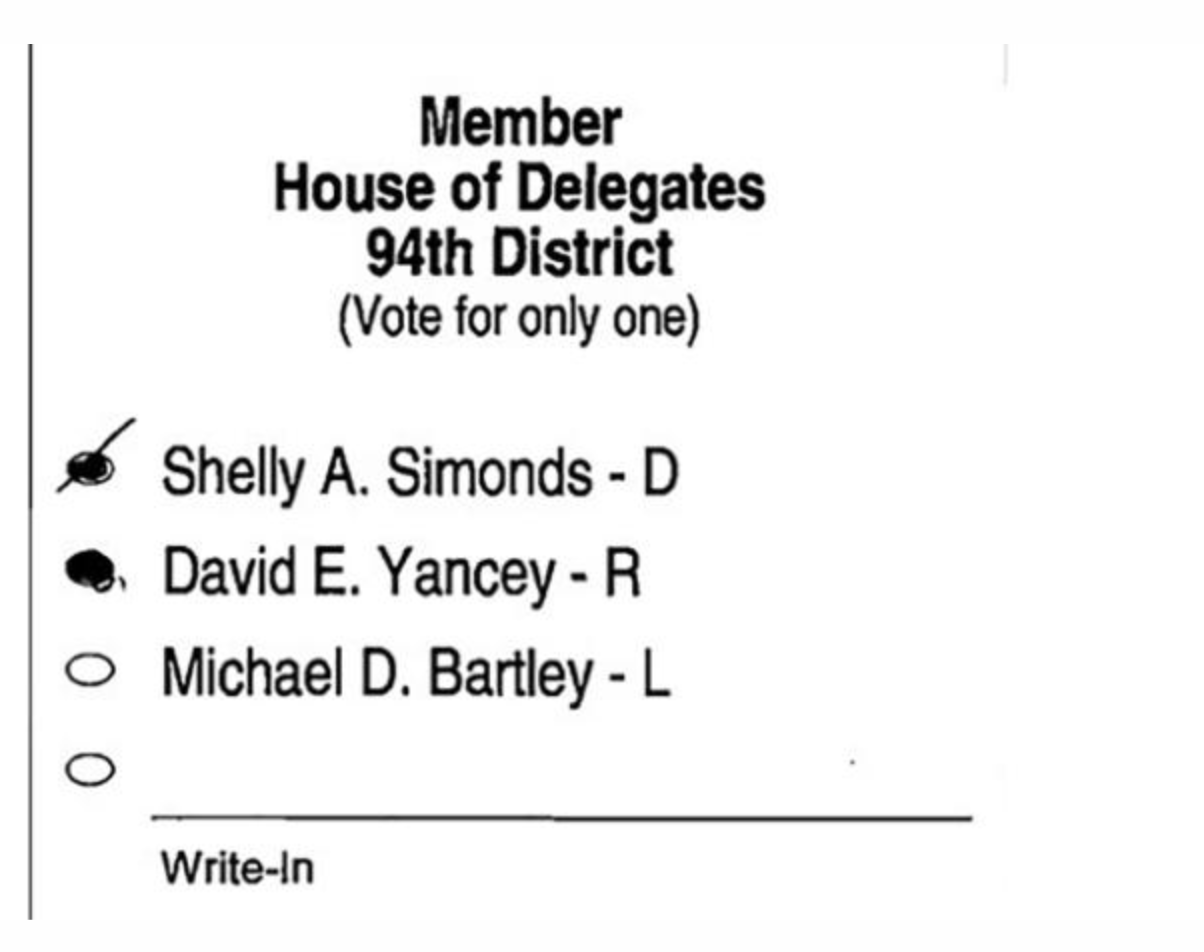 If the action of the Board of Election goes forward and declares Simonds the winner in the 94th, her team will drop the motion.  Simonds believes their bigger issues at stake.  From The Virginian-Pilot:

“At the end of the day, this is really about the integrity of elections in Virginia,” she said in a conference call with reporters Tuesday afternoon. If recounts can occur the way it has in the 94th District, challenges to election results would become a “revolving spiral of courtroom filings.”

Because the disputed ballot wasn’t found until Wednesday Simonds team claims Yancey’s team did not follow the recount procedures,

“My opponent didn’t like the outcome so he made an end run around the rules,” Simonds said.

Simonds team believes the disputed ballot should have been presented at the end of the recount last Tuesday and not the following day.

How does one find a ballot after the recount?

[…] Posts BREAKING: Random drawing in the 94th postponed Hold onto your hats again–Democrat Simonds challenging disputed… A Season of Miracles Northam taps Prince William Civics teacher for Education… What are […]