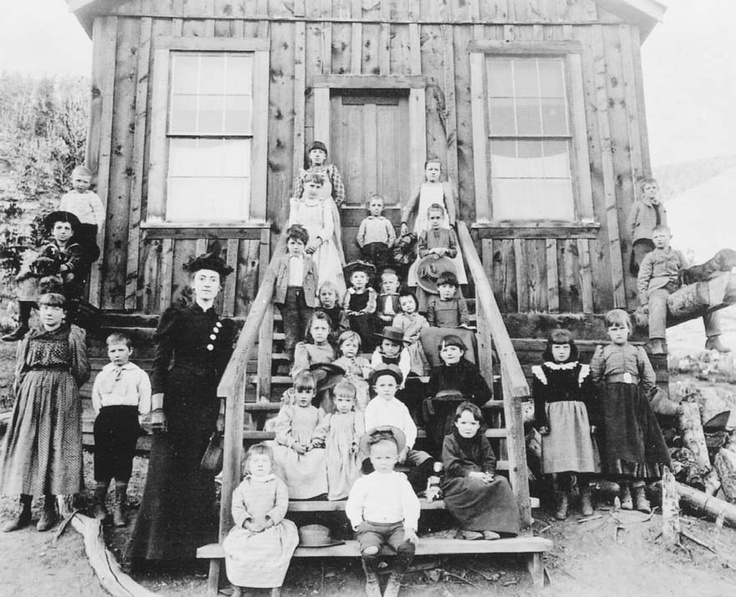 Home-schooling is getting more attention than ever these days. In our family we know about it first-hand. Two of my granddaughters and two nephews were home-schooled for most of their education-years. Three of them have now earned MA or MS degrees which helped them launch careers in education, occupational therapy, and computer science.

Their upbeat stories are being replicated by home-schooled students thousands of times across the country. In response to the academic and disciplinary failures of public schools, home-schooling has taken off like a rocket, nation-wide. My friend Mike Smith, President of the Home School Legal Defense Association (HSLDA), calls home-schooling “the educational phenomenon of the 21st century.” Since 1999 the national home-school population has nearly tripled from 850,000 to 2.3 million students, according to the National Home Education Research Institute.

“The difference becomes especially pronounced during the higher grades, suggesting that students who remain in home school throughout their high school years continue to flourish in that environment.”1

Educational experts frequently decry the mounting numbers of home-schooled students across the nation, claiming that these students are being denied the opportunities and benefits available in a public school education. They say students like my nephew are being “short-changed.” (Well rounded in mathematics, literature, writing, and music, he probably doesn’t think so.)

Professional educators also lament the reduced funding for public schools which results from a diminished population of students – a complaint that gets much more to the heart of educators’ concerns. Any action that removes a student from a public school costs the school both state and federal funding, not to mention decreased budget from the county, city or town which pays most of the bills. It’s always about the money.

Home-school families are indifferent to the funding wars caused by their children’s withdrawal from the public schools. As for the “benefits and opportunities” their children miss by being home-educated, parents point to the discipline problems, weapons, drugs, assaults, murders, poor academic performance, top-heavy administration, incompetent teachers immune to removal, and witless curricula like “rain forest algebra”2 that characterize public schools. ‘Who cares about missing all that?’ they collectively ask.

Here is what one anonymous parent said:

“We have this one chance to secure a good future for our child. If we mess it up, we’ll be really sorry. The school and his teachers will be sorry, too. Politicians will be sorry. Society will be sorry. Everybody will be so sorry. There will be all kind of excuses and hand-wringing. More money might be spent on the public schools. But at the end of the day everyone else will walk away clean, and our child will be the loser. We can’t risk that.”

This illustrates perfectly why home-schooling is growing by leaps and bounds. A brief, twelve-year window of education can shape a child’s entire adult life. Every year, thousands of parents stack up the time, effort, and lost income that home-schooling represents, against the risk of entrusting their child’s future to a public school education of unpredictable quality. They choose not to roll the dice.

Obviously, the concerns of parents are understandable. The effectiveness of home-schooling is undeniable. Yet I remain concerned about increased home-schooling because of what I believe it says about our society.

In early days on the American frontier, each family built its own house and other buildings, made its own furniture, repaired its own machinery, cared for its own livestock, and did its own doctoring. All this was time-consuming and inefficient. Those old tintypes of families on the frontier show that not everyone was good at building houses or making clothing. It was a rough, primitive life filled with back-breaking labor. 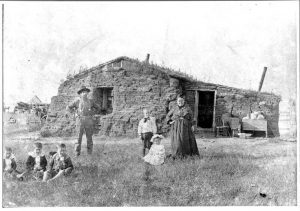 Life on the Frontier

Civilization’s arrival freed people to enjoy the economic and aesthetic advantages of doing what they did best and paying others to exercise their particular expertise. This is the basic definition of commerce. Trade in skills and expertise is one of the hallmarks of a civilization. Life became better and easier for everyone.

Frontier-families also educated their children at home, before schools were in place. But as soon as resources and skilled personnel were available, people established schools. It was thought both socially important and economically efficient to retain a teacher at the earliest moment, instead of continuing the inefficiency of home-schooling. Education was seen as a key element of the nation’s “melting pot” and the gateway to a limitless future.

Today, however, the data clearly show that home-schooling produces a superior education. A public school education can be inferior. People are choosing the better product. Essentially, we are returning to the frontier. Our civilization is retreating. People are deliberately choosing the inefficiency of a home-school education because its quality far outweighs its inconvenience.

This cannot be considered a salutary development. But home-schooling is not the problem. It is the symptom. Outlawing it, as many professional educators propose, will solve nothing (even imagining that this could be done). Home-schooling merely shows that our civilization is in retreat. Public education’s failure is the cause.

The home-schooling movement shows that many Americans still possess the frontiersman’s confidence, boldness, and willingness to sacrifice – all essential ingredients for solving problems. Americans will still take matters into their own hands without waiting, sheep-like, for government action. This can-do spirit means millions of children will be home-schooled to a promising future instead of being crippled for life by a poor public education.

This is encouraging. It suggests that we are robust and determined enough to go “back to the frontier” to rebuild our civilization. The movement is already under way. Smart, capable, well educated children – the products of home-schooling – are the “living stones” of that reconstruction. They will become the leaders, teachers, doctors, lawyers, and engineers of the future. Millions of parents will join in the noble task of producing such students.

Notwithstanding this positive view of home-schooling, the status quo is unsatisfactory. Home-schooling works for some, but it is a solution localized to certain kinds of families. Families with two wage-earners, or those with single parents, cannot accept the inefficiency and financial sacrifice of home-schooling. Others lack the requisite academic skills. At best, it is an emergency measure for an emergency situation.

Recent reports3 show that more than 12 million of the nation’s primary and secondary school students are in public schools which have received failing grades under provisions of the No Child Left Behind federal law. At least 24,000 public schools – a quarter of the nation’s 96,500 schools – failed to meet “adequate yearly progress” (AYP) standards in 2003-‘04, based on student reading, mathematics, and other factors. In Virginia, where I live, 28% of 1831 schools failed the AYP standards. Ninety-one failing schools are on the list for the second year in a row. By law, they must offer students transfers to better schools.

In the District of Columbia, 68 of 149 schools (i.e., 46%) failed to meet AYP standards for the second year. As a practical matter, it was impossible to grant intra-city transfers to all of the DC students entitled to switch schools. Thus, DC transported many of the city’s children to and from schools in suburban Virginia and Maryland, under contract, because its schools could not serve its children adequately, according to statutory mandates. By law, the school system was required to pay those transportation and educational costs.

Systemic corruption in the public schools has been uncovered in various modern studies. In a recent article, “Leaving Children Behind – grade inflation a growing problem,” John Stone, a senior fellow in education studies at Pacific Research Institute, cited the California Legislature’s 2004 delay of the state’s 12th grade exit exam. One-third of the state’s graduating class would not have received diplomas because they had failed a final exam which demands only 6th to 8th grade skills. Thus, the academic skills for a third of California graduates for 2004 were below the 8th grade level. (Another triumph of politics over substance.)

The culprit, Mr. Stone notes, is grade inflation. He calls it the “proverbial elephant in education’s living room… ignored because it masks the need for improvement.” Mr. Stone also writes:

“Teachers may think they are being ‘nice’ when they assign an undeserved passing mark, but in reality they are neglecting to weigh short-term disappointment against the risk of creating a life-long handicap.

“The high school graduate without basic skills…faces almost certain failure in college and greatly dimmed prospects for workplace success. By the time of the inevitable rude awakening, the individual’s formative years and best learning opportunities have been wasted.

“At the heart of grade inflation is a conflict of interest. High grades are more comfortable for everyone involved – including educators. Teachers, administrators and school districts can bolster constituent satisfaction and their public image – or they can do the opposite – depending on the grades they assign. The incentive is obvious.”

People with far greater expertise than mine have recommended ways to mend the public schools. But many public educators are either in denial or can lamely recommend only that “more money” be spent. (The District of Columbia Public Schools, poorest-achieving in the nation, also spend the nation’s highest amount per pupil.)

Year after year the squabbling and posturing continue, but little progress is made. The education “establishment” is virtually impervious to change. Meanwhile, new classes of graduates – many lacking standard academic skills – roll out every year. Significant numbers are functionally illiterate. Disproportionate numbers are ethnic minorities. What future will they have in a technical society? Affirmative action cannot compensate for a missed education.

Publication of those 2004 statistics (above) on how many schools failed to meet Adequate Yearly Progress standards established by the No Child Left Behind law had at least one notable result. The criticism produced by those studies and statistics made school administrators and state education officials cautious about releasing those data annually. Consequently, it is now difficult to find published national school-performance data.

Educators probably hope this absence of data will reassure the public that all is well, but “that dog won’t hunt,” as we say down here in the Old Confederacy. Millions of Americans now see that the public schools are broken and cannot go on as they are. They must be repaired so our people can again have their children competently educated in the schools funded by their taxes. Going back to the “frontier” is not a long-term option. Our civilization is at stake. So is the promise of equal opportunity for all.