“Homophobic” ex-governor seeks advice and assistance from gay priest, the left somehow thinks this is a bad thing

Today, the left took an act of compassion and did their best to alienate those they hope to convince on the issue of gay rights.

Even if former Governor McDonnell is found not guilty in another week and a half he has suffered greatly through this trial, and in his personal life. Governor McDonnell has appeared flawed and human, and all of us have a chance to see the worst.[read_more]

Bob McDonnell, his marriage in tatters, and spending each day inside a courtroom, moved out of his marital home and in with a priest and friend. 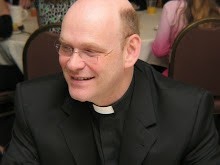 This priest happens to be gay and has struggled with his vow of celibacy. Governor McDonnell, known as a social conservative, has taken positions antithetical to gay rights in the past. Governor McDonnell’s suffering, the Priest’s unrelated internal struggles, and a major political identity group for the left are all at the forefront of Virginia Media. And how does the left react?

Predictably, with mockery and derision.

Lowell Feld of Blue Virginia published one of his trademark rants Sunday morning with the sole purpose of identifying Governor McDonnell as a hypocrite. In this article, Feld refers to McDonnell as a “cad,” “sleazeball,” “Homophobe Bob,” and a “homophobic jerk.” McDonnell was also accused of “right-wingnut, theocratic, holier-than-thou, Pat Robertson-trained moralizing…”

The Priest was condescendingly referred to as the “good reverend.”

Feld feels the need to repeatedly mention that he is okay with the Priest being gay. The reason he has to mention this is because it is not obvious from the remainder of his piece.

How do his readers feel about his piece?

This incredible piece of infotainment was also shared on Dailykos. The comments for both sites contain multiple references to McDonnell possibly being gay, and derisive comments about the Catholic Church.

The reader’s takeaway from Feld and the abrasive left

As a pro-lifer and supporter of gay marriage I have had to fight on seemingly conflicting sides of social issues. But to achieve progress (as one perceives it) in either area one must focus first and foremost on the hearts and minds of those you hope to convince. All the laws passed banning or enforcing behaviors, and all of the court cases won and lost will not have as much lasting effect on social issues as convincing people on a personal level one-by-one either to agree, or at the least, accept an opposing viewpoint has some logic behind it.

Feld has decided that there is no redemption on these issues for McDonnell. So he throws up a post mocking McDonnell, and by implication, mocking the priest and the Catholic Church. Moreover, he is mocking everyone who disagrees with him regardless of the nuanced content and intent of their beliefs. He has set back those of us working on the hearts and minds of our fellow citizens. Unfortunately, this is common behavior(not a tactic) of the left. I do not bother calling it a tactic, because it does not have the goal of changing legislation, affecting jurisprudence, or changing (for the better) the beliefs of anyone who disagrees with him. A tactic has a practical goal. The only goal of his post is to spread bile and misery.

For a little insight into the beliefs of Father Wayne Bell, check out his blog.