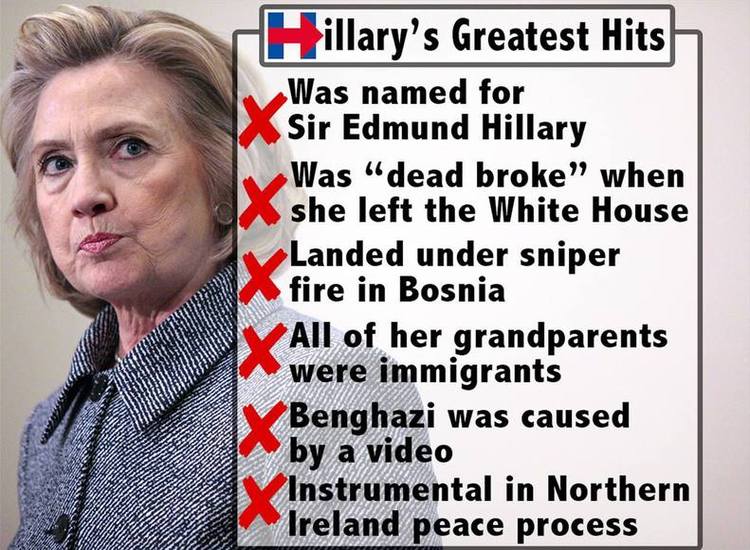 Honesty–A Core Issue in this campaign

Honesty is a core issue in this campaign and we all know Hillary doesn’t have it and she hasn’t for decades.  A good article in The Observer reminds us of all the lies Hillary has told. She even lied about her own name! At times she lies when there is no need for a lie.