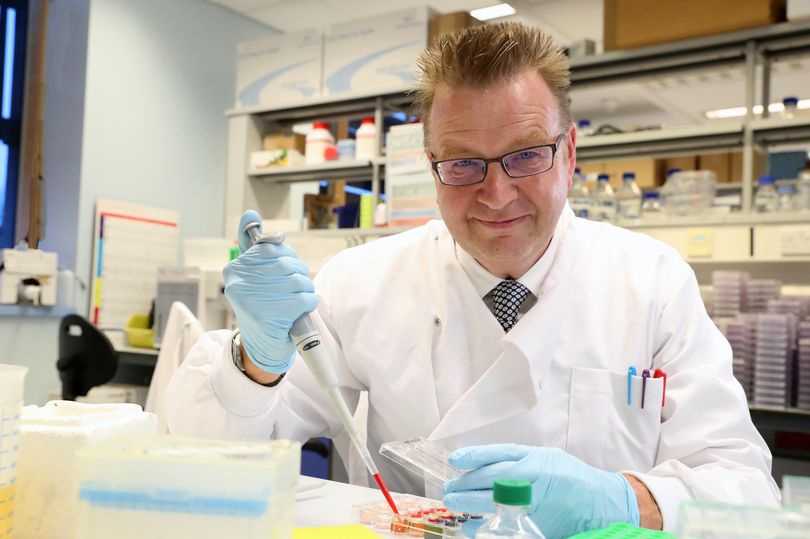 Most of us have family members hit by the scourge of cancer.  It is all too often one of the nasty side effects of aging and it can result in months and years of treatments that can prolong life but at a cost in the quality of life.

It isn’t often I get a chance to read about a significant potential breakthrough in medical science.  Most science advances incrementally through hard work in the laboratory. However, what I write about next, if true, will truly revolutionize the treatment of many if not all tumor based cancers.

British scientists at Cardiff University, looking for immune cells that could fight bacteria, discovered new type of T-cell. This immune cell carries a never-before-seen receptor which acts like a grappling hook.  Significantly, it latches on to most human cancers, while ignoring healthy cells.

The study concluded: In summary, we describe a TCR that exhibits pan-cancer recognition via the variant MR1 molecule.

Professor Andrew Sewell, lead author on the study, stated, “This was a serendipitous finding, nobody knew this cell existed. Our finding raises the prospect of a ‘one-size-fits-all’ cancer treatment, a single type of T-cell that could be capable of destroying many different types of cancers across the population. Previously nobody believed this could be possible.”

Astonishingly, T-cells of skin cancer patients altered by the treatment were apparently capable of killing the patient’s cancer cells and other patients’ cancer cells as well.  Trials on terminally ill patients could conceivably start in November.

Professor Awen Gallimore of Cardiff University’s division of infection and immunity and cancer immunology lead for the Wales Research Centre, added, “If this transformative new finding holds up, it will lay the foundation for a ‘universal’ T-cell medicine, mitigating against the tremendous costs associated with the identification, generation and manufacture of personalized T-cells.  This is truly exciting and potentially a great step forward for the accessibility of cancer immunotherapy.

This is summarized from a January 22nd, 2002 story in the Daily Wire entitled “British Scientists May Have Found Cure For Cancer. By Accident”  Hank Berrien