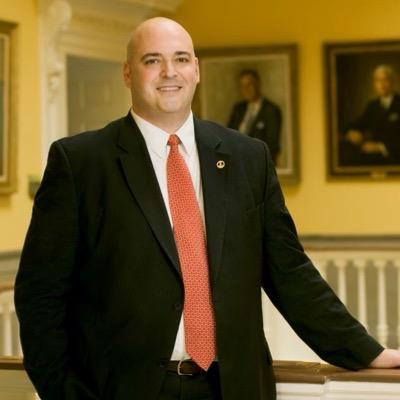 Be careful what you say, it might just come back to bite you.

House Majority Leader Todd Gilbert (R-Shenandoah) said Tuesday that Attorney General Mark Herring promised voters just five short years ago that he would not be a part-time Attorney General and would resign should he decide to seek higher office. Last week, Herring announced his plans to run for Governor in 2021. If Herring is serious about his announced plan to run for Governor, he must immediately make good on his pledge to resign his office.

“Mark Herring promised to get politics out of the office of the Attorney General, including a pledge to resign should he decide to run for Governor,” Gilbert said. “From day one, Mark Herring has used his office to put ideological political considerations above the law. Now we will see if Mr. Herring intends to make good on even a small measure of his campaign promises. If he is a man of his word, Mark Herring’s resignation will be on Governor Northam’s desk by the end of the year.”

Herring told the Virginian Pilot in 2013 that he would not run for Governor as Attorney General and instead would resign. From the article:

“In line with his pledge to take politics out of the office, Herring has said he would resign as attorney general if he decided to run for governor. Cuccinelli has weathered criticism for staying in office as he campaigns for governor, bucking a pattern set by several of his predecessors.”

“If Mark Herring doesn’t resign right away, his next round of campaign promises will ring hollow yet again,” Gilbert said.

Numerous editorial boards were deeply critical of Republican Ken Cuccinelli when he decided against resigning.

“This sort of quandary is precisely why previous attorneys general chose to resign before running for governor. By refusing to do the same, Mr. Cuccinelli is doing Virginians a disservice and subverting the integrity of his office.”

From the Daily Press:

“Now that he has begun aggressively pursuing a political campaign for governor, Attorney General Ken Cuccinelli should follow the lead of more than six decades of candidates in the commonwealth and do the right thing. He should resign.”

From the Virginian Pilot:

“The immediate and proper solution is obvious: Cuccinelli should resign as attorney general. That decision would be best for his office and for the 8 million Virginians who need an attorney general capable of devoting full energy and attention to the job.”