More HOD districts are being contested this year by the two major parties than have been contested in the last 20 years. Â From VPAP.org:Â 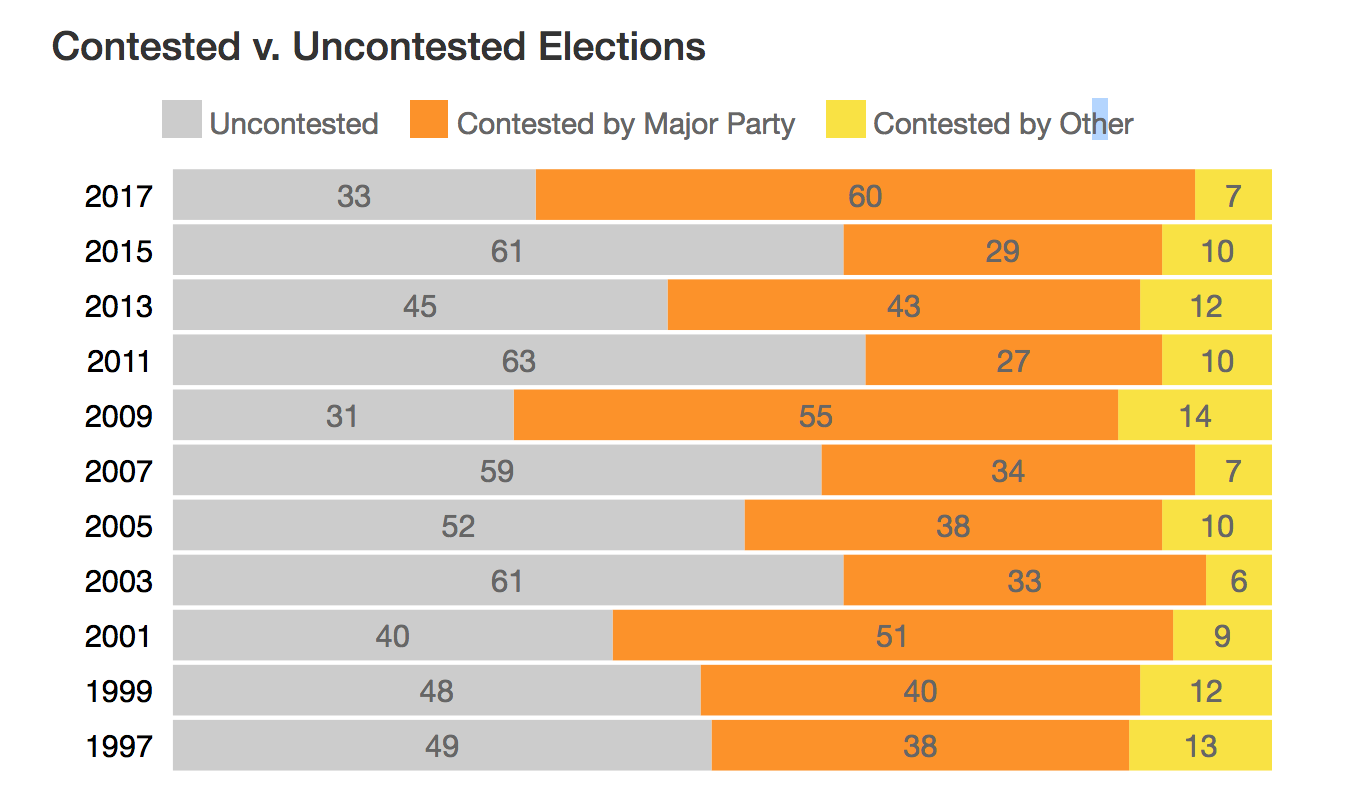 Baconsrebellion.com has written an interesting article about our choices in the House of Delegates for 2017.