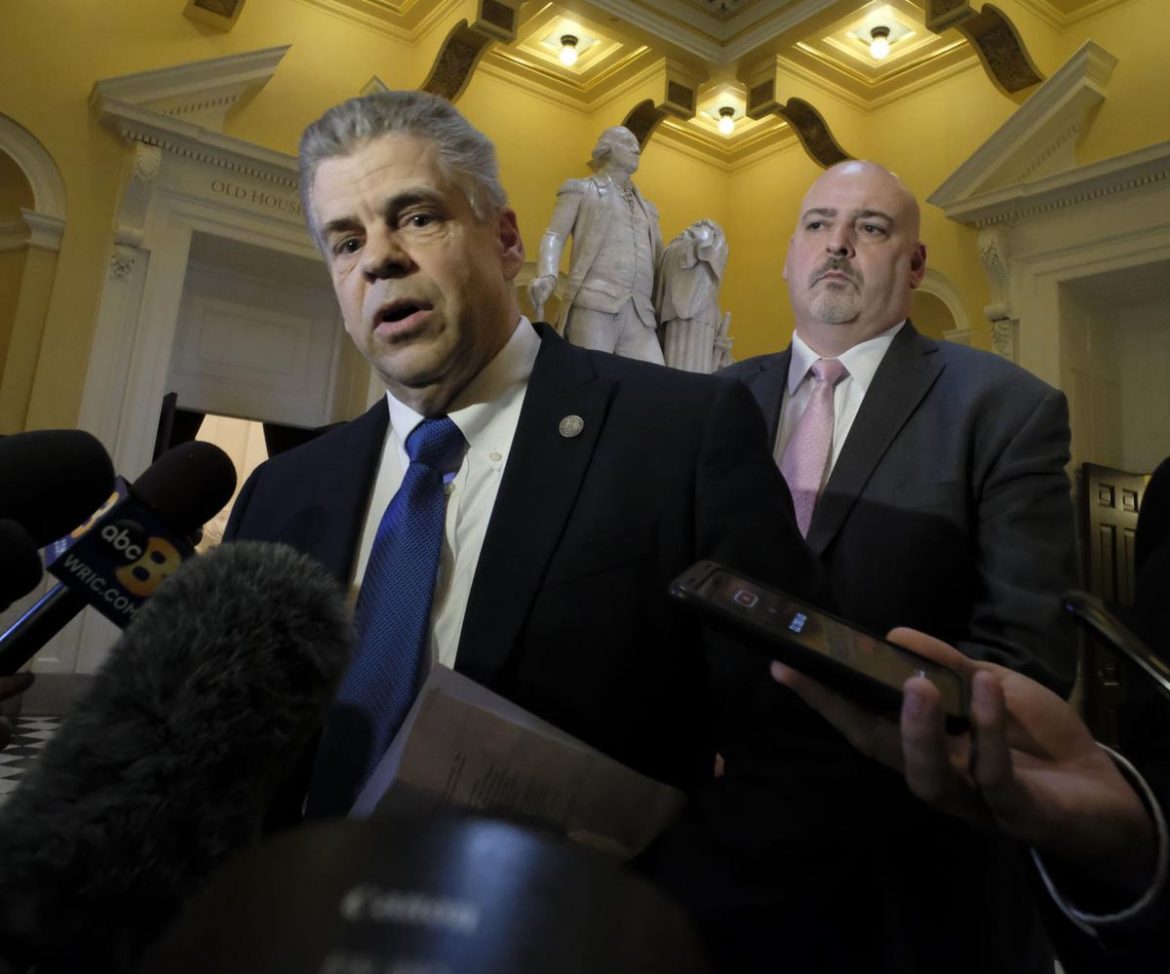 House Speaker Kirk Cox wants to open hearings in the House of Delegates to explore the serious charges against the Lt. Governor Justin Faifax but House Democrats have refused.  They asked him to sign a statement saying such hearings would be ‘impossible’.  However, there is nothing impossible about hearings (House rule 18 allows it), the Democrats would just prefer not to put their Lt. Governor under scrutiny. (So much for ‘we must always believe the woman’.  They only believe the woman if  the accusations don’t involve a Democrat elected official.)

Speaker Cox then proposed a  special Courts of Justice subcommittee of five Republicans and five Democrats to hear the testimony of the two women who are accusing the Lt. Governor of sexual assault and rape.  Democrats have not responded.

Both of LG Fairfax accusers have asked the General Assembly to hold hearings so they can testify about their sexual attacks.

From the Richmond Times-Dispatch,

“I think it’s very appropriate to get going on this. That’s why I’ve been really pushing the Democrats to give me an answer,” Cox said. “They seem to just sort of be running out the clock.” 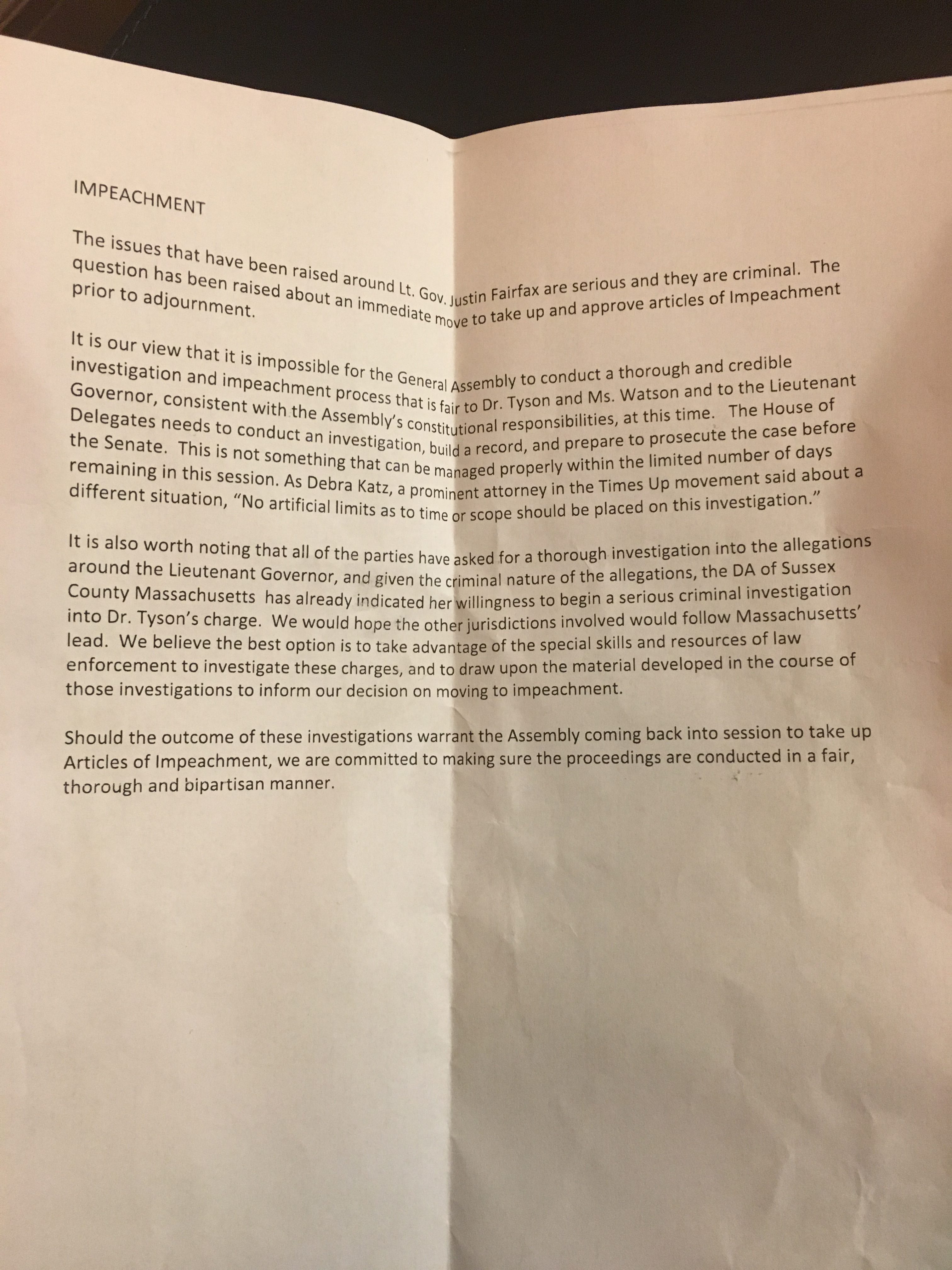 I’m not quite sure what this says other than the Democrats don’t want the General Assembly to proceed with hearings to investigate the charges against the Lt. Governor.

Del. Rob Bell (R-Albemarle) rose on the House floor shortly after noon on Friday and said the body had “a duty to investigate.” He said the House Courts of Justice Committee will schedule a hearing but did not provide a date. He said Fairfax would be invited to testify, along with the two women.