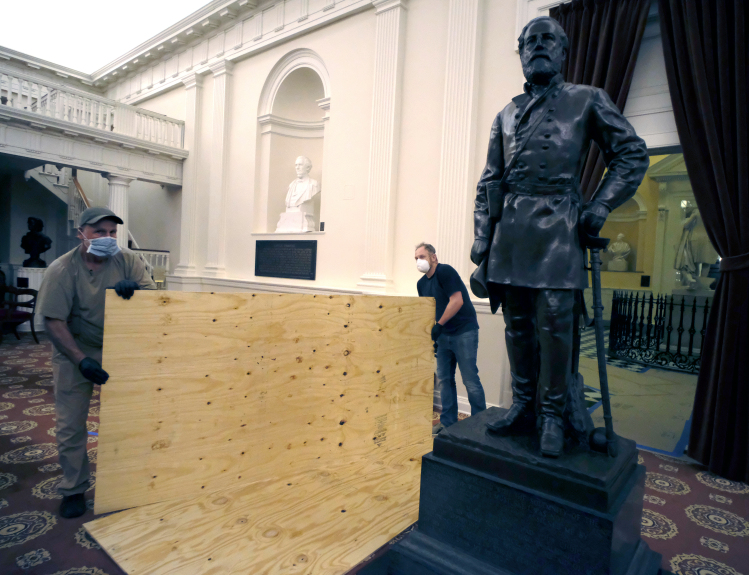 Very late Thursday night and into the wee hours of Friday morning, Speaker of the Virginia House of Delegates, Eileen Filler-Corn, ordered and had removed from the state Capitol building, a statue of General Robert E. Lee and the busts of 7 other Confederate leaders.

Reporters were permitted to observe the removal of the statues but were forbidden from reporting the event until its completion.

House Speaker Eileen Filler-Corn (D-Fairfax) ordered the removals from the historic Capitol’s Old House Chamber, the room where rebel lawmakers met when Richmond served as the capital of the Confederacy.

“Virginia has a story to tell that extends far beyond glorifying the Confederacy and its participants,” Filler-Corn said in an emailed statement, condemning the Confederate ideology as based on maintaining slavery. “Now is the time to provide context to our Capitol to truly tell the Commonwealth’s whole history.”

She announced the formation of an advisory group to propose new types of memorials for the Thomas Jefferson-designed Capitol building.

[…] Webster previously wrote about his FOIA requests to Speaker Filler-Corn asking about the statues and busts she had removed from the House of Delegates in the dead of night. She refused to answer any questions about her actions. Dave Webster hired attorney Tim Anderson of […]