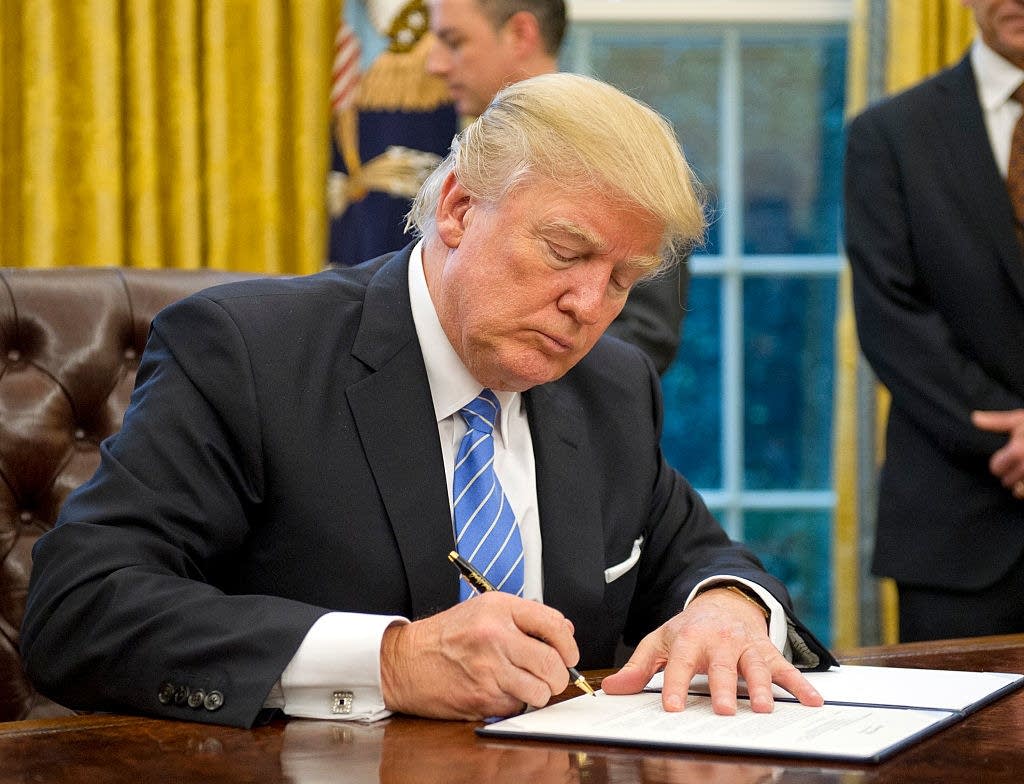 How big will the spending cuts be in Trumpâ€™s budget?

As the legislative branch begins considering ways to use the power of the purse, President Donald Trumpâ€™s newly appointed White House Office of Management and Budget Director Mick Mulvaney is weighing options on ways to cut $4 trillion U.S. budget.

The New York Times released what it called the â€œWhite House hit listâ€ for federal programs, naming the offices Trump and Mulvaney would likely propose be shut down by Congress, according to an internal memo obtained by the paper.

On the chopping block could be the Export-Import Bank, the Legal Services Corporation, the Corporation for Public Broadcasting including NPR, AmeriCorps, SeniorCorps, the White Houseâ€™s Office of National Drug Control Policy, the Overseas Private Investment Corporation and the National Endowment for the Arts and Humanities.

Naturally, critics are already blasting the possible cuts Mulvaney will be making â€” his strict fiscal lens has made him a target for liberal scrutiny â€” but as the presidentâ€™s budget will not be published until March, these assumptions remain speculative.

On the side, Mulvaney has been praised for his eagerness to eliminate government waste. USA Todayâ€™s Eliza Collins describes Mulvaney as â€œa crusader for federal budget cutsâ€ and sites his past in the conservative Freedom Caucus as evidence of his willingness to fight for budget reductions. There, Mulvaney pushed for a conservative fiscal agenda, including taking the risk of a government shutdown in order to ensure critical cuts were made to budget plans.

Conservatives for their part are hoping that Mulvaney will now deliver strengthened fiscal control. The Heritage Foundation proposed key program cuts in 2014 which have prevailed despite economic losses, eliminating grant programs within the Departments of Housing and Urban Development and Education could save an upwards of $5 billion and remove federal intervention on state issues.

Other areas Mulvaney could take a look at are working with Energy Secretary Rick PerryÂ  to cut wasteful spending that seems to be ingrained in bureaucratic failure. From 1973 to 2012 alone, the National Center for Policy Analysis reports the Department of Energy spent $154.7 billion on renewable energy programs which have yet to produce commercially viable technologies.

While Mulvaneyâ€™s agenda can still only be speculated, there is one area he has maintained consistent support; the defunding on the Ex-Im Bank. Mulvaney has consistently seen it as the symbol of crony capitalism that it is and advocated for its termination, now with the power of the budget he can finally enact this goal.

As Mulvaney moves into the Trump administration the budget will be his opportunity to show the president is committed to fighting for conservative fiscal policy. And with liberals already waiting eagerly, Trumpâ€™s proposed budget cuts could be the front of the next political battleground.

How big will the spending cuts be in Trumpâ€™s budget? was last modified: February 24th, 2017 by Guest Contributor Natalia Castro

so much for cutting spending. Trump is poised to raise military spending on unneeded and unwanted excess – is that $54 a year? Wow, and to think that anyone believed he would drain the swamp – he just proposed putting in a gold plated diving board

Hope we cut wasted military spending. It is the biggest drain on tax dollars

I will have to see it to believe it.

The best part is that with the House, Senate, and Presidency, we can now pass an actual BUDGET and not continuing resolutions.
These cuts will have a major impact on what the federal government can do for decades.

Didn’t President Bush have a Republican Senate and House?
Did Bush expand America’s debt?
The saying is ; talk is cheap. BS
Talk does nothing but cause more debt.
Action is needed and the self proclaimed tough immigration President ( who I supported ) is still allowing groups of illegal immigrants to perform illegal Commerce in Virginia.
At what point does President Trump become President Rodney Dangerfeild.
He must get it done now , the weak kneed squishy Republican is ready to take the summer off, November will soon be here , no one to blame but themselves at this point.
I agree with RRIII, see it to believe it.

I wish you couldn’t keep hitting us with the Bush stick. We deserve it.

I voted for the knucklehead twice .
I bet I was his only supporter who penned a letter to our Honorable President that stated;
” Caliente ” my but, immigration compromise?
My friends , neighbors and employees jobs and livelyhood are not up for compromise, they have been compromised enough.Now is the time for you to defend America.
I hear people buy votes in Washington DC, if I send you $100.00 can I have mine back? Go start a war in Iraq yet not defend America? Send men who volunteer to protect us overseas and while they are gone working for peanuts leave to border open for economic asylum, no sir please excuse me economic terrorism .
We must stop electing Presidents that are giving and selling America down the road by increased debt and entitlements , now to those who are not American.
I despise mandated charity.