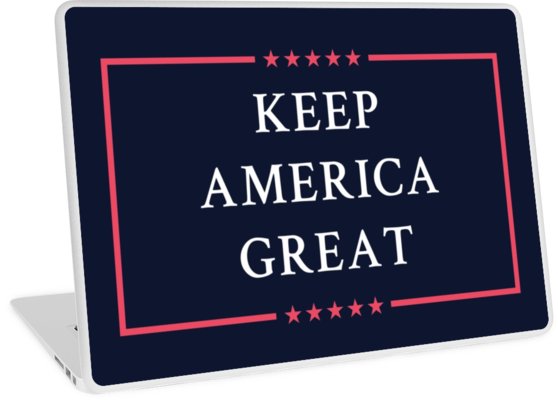 How Did America Become So Great?

Legal immigrants from around the world came to the New World to work hard, find land, and worship freely. Many died in the process during the arduous voyage across the sea, in the wilderness they were attempting to settle, from industrial accidents in factories they toiled in, from disease, or in battles with the natives.

All had to stop at Ellis Island for proper identification and quarantine when necessary. They were desperate but proud men and women who did not immigrate to become wards of the welfare system because there was none to be had. They had to work hard in order to survive. No hapless taxpayers were supporting the new arrivals and nobody waved the country’s flag where they hailed from. Most learned English as soon as they could no matter what level of education they had.

Today the legal immigrants fly in with papers and medical records and immigration authorities check them thoroughly and register their arrival. But the illegal immigrants cross the border themselves at great health risk, leaving behind a huge trail of trash, or cross with the help of expensive coyotes, or are herded into the country by government buses in the dead of night and on planes without proper health screenings.

Caravans of invading armies of illegals from Honduras and El Salvador have already jumped the fence at various points of the border, aided and abetted by Mexico, closer to California, where Democrat officials welcomed them with open arms and pockets at taxpayer expense while America’s poor and veterans are ignored.  Nobody knows or cares whether these illegals are sick, financially able to support themselves, able to work, and, most importantly, whether they are friends or foes of America.

Some legal immigrants were turned back at Ellis Island, their dreams shattered by disease. Many had to wait out the quarantine before they earned admission to the New World, an old world but new because it was full of possibilities and opportunities to settle the land.

These legal immigrant men and women built roads, bridges, towns, cities, skyscrapers, cars, airplanes, rockets, and the best medicine in the world. They built factories, invented drugs that saved millions around the world, created machines, built hospitals, ports, and our current civilization. They were armed, fierce, and fought in many wars.

They were Americans first who cherished their ethnic roots at home and during the holidays. They were free to invent, to experiment, to be themselves, but also be part of a larger and important whole. They cherished their families and God had a prominent place in their lives. And they made America great for many subsequent generations who appreciated the sacrifice and work of the previous generations and of their elders.

In the late 1970s, as a newly arrived legal immigrant who luckily escaped communism, I met a lot of nice, well-meaning, pleasant, happy, and ill-informed Americans and I wondered then, how did America become so great with so much willing and shameless ignorance? Now, forty years later, I have my answer.

People were not ashamed to say that they knew so little history and geography. They were enterprising and willing to work hard. They understood patriotism and respect for their elders. Their world revolved around family, happiness, consumerism, and church, all set within a certain mile radius of bucolic neighborhoods, streets, and towns they knew and loved.

Americans treasured their roads and had a love affair with big cars and the mobility that said cars afforded them, but they took for granted the freedom to use them, to move where a gambling spirit took them, the wide open spaces were theirs to take if they so desired.

Nobody stopped them or legislated them into high-rise, mixed-use, tiny apartments or forced them into tin cans on wheels in order to save the planet from a manufactured global warming crisis. There was no Democrat New Green Deal to curtail freedom of movement, flying, forcing people to bike to work, and forbidding fossil fuels.

Students dozed off in history classes and shrugged their shoulders when they knew very little about their own country and government. Communism and millions of victims of it, you say? That might as well be a dark specter on another planet; it would never find its way here. We are Americans!

Generous to a fault and eager to jump and help their fellow man, many Americans I’ve met would give the shirt off their backs if one asked. They naively helped many people in times of trouble, even those that bit the hands that fed them.

They talked optimistically about the freedoms they had and felt sorrow for those around the world who were not so free. America was great, they said, and it was first at everything because they were fearless and took chances to succeed. Family was very important, children were disciplined without fear of arrest by the government, and church and faith were very important to most Americans.

Americans were free to be self-sufficient and self-reliant; they were not free to freeload. There was no internet to bombard the public with constant fake news, communist indoctrination, miscommunication and misinformation. Political corruption was hidden, communists were enemies, and socialism was abhorrent. The best and the brightest succeeded. In time, excellence has been replaced by mediocrity and collectivism. The idea that everyone is special and equal gave birth to the award for walking without tripping or the award for just existing.

Each community had Christian churches and temples that united them in worship and principles. Everyone understood that God was an essential ingredient in the founding of America and life was precious inside and outside of the womb. Nobody killed babies for research or replacement parts.

Schools were run by each state and by counties, not Jimmy Carter’s Department of Education with Bill Gates’ Common Core collectivist standards and colleges indoctrinating young Americans with “social justice” and “white privilege” curricula and proselytizing for Islam. Technical schools thrived everywhere, teaching Americans life-long useful skills that enabled success and prosperity. Nobody relied on foreign labor, skilled or unskilled. The Braceros program had long been destroyed by lawyers.

Americans were willing to fight for their country with words, ideas, principles, and to give up effort and their lives on battlefields to keep intact their heritage, what they believed in, their country and its founding principles. Europe is strewn with graves of brave young Americans who made the ultimate sacrifice in order to save Europe and its often ungrateful citizens from the Nazi scourge.

Americans as a whole were lulled into a false sense of security because they lived two oceans away from the threat of communism and any potential war. Surely nobody would dare overrun American shores and our borders in order to occupy their beautiful and successful country, the shiny city on the hill! But nobody counted on the home-grown communist and islamo-fascist enemy within which grew like a contagion in the last forty years.

The indoctrination from public schools, colleges, universities, Hollywood, the main stream media, Communist Party USA, and corrupt politicians was so strong in the last forty years that we are now experiencing the fruits of their efforts – American young who hate their country, its achievements, its greatness, its origins, and even their own skin color.

Liberalism/progressivism/environmentalism/ feminism/socialism/communism created new generations of young Americans who are devoid of patriotism and would not hesitate to turn in their own parents to the government if that would bring them 15-minutes of worthless fame. They derisively laugh at patriotic Americans who helped make this country great, including some of their own relatives, as obsolete men and women, marginalizing and dehumanizing their existence. The sheer hatred coming constantly from the main stream media is not unlike the hatred ginned up against the Jews during Hitler’s Nazi regime.

Laws were upheld, the justice system worked, and politicians respected the legal system and tried to pass laws that represented the best interest of their constituents. Today, unfortunately, the corrupt politicians are only interested in becoming powerful, rich, and representing their crony capitalist friends and the citizens of other countries who are invading our borders for the generous welfare paid to them, no questions asked, from funds provided through taxation of the average working Americans. These illegal aliens are now the voting base in many overpopulated areas and states for the Democrat communist party.

Lately, the more Americans talk about freedoms they think they still have, the more I hear the rattling of the chains of captivity and servitude to the mighty government and to politicians who have stopped listening to the people whose tax money fund their wealth and unbounded and corrupt power.

Derek Hunter wrote, “There are no areas in which liberals, progressives, leftists, socialists, or whatever they want to call themselves this week, are working for the betterment of American citizens or to advance the cause of individual liberty. Their entire existence appears to be just the opposite.” https://townhall.com/columnists/derekhunter/2019/02/10/the-democratic-party-needs-to-be-destroyed-before-it-destroys-the-country-n2541109?fbclid=IwAR1EPvOn8HJ7BDsmV6gGgJfILd8nTGPmhJ2kRjXO5mW3goBc6rvSIYFjRYA

Many confused and brainwashed young Americans are saying that America was never great in response to President Trump’s signature campaign slogan, “Make America Great Again,” while they are living a life which is the envy of the world.  If life is so much better everywhere else, as they claim and wish for a European lifestyle that no longer exists, as they are flooded by Muslim immigrants, why are illegal aliens flocking to our shores asking for welfare and demanding the same rights as American citizens?

The mighty Roman Empire’s road to perdition was cluttered with corruption, traitorous acts, sexual deviance, disregard for life, greed, military expansion beyond the ability to rule, disregard for the rule of law, and tolerance of the barbarians. According to the BBC, “Rome covered 1.9 million square miles in 390 A.D. Five years later, it had plummeted to 770,000 square miles. By 476, the empire’s reach was zero.”

We are not an empire and we are not Rome, we are a constitutional republic, “if you can keep it.” If you ask the average Americans who don’t understand their own history, we are a democracy. Are we a government by the people, a rule of the majority? Are we a government in which the supreme power is vested in the people and exercised by them directly or indirectly through a system of representation usually involving periodically held free elections? Does the government listen to the people anymore? Are representatives in Congress legislating on behalf of all American voters? How many illegal aliens who came here to dominate, not assimilate, are now canceling our votes? How many politicians are listening to their constituents?