How Do You Confound The Left? Do What Ken Cuccinelli Does.

Ken Cuccinelli really gets under Democrats’ skin. Not only does he hold fast to a set of principles the left hates, he does so cheerfully and without wavering. Worse, though, is that no matter how hard they try, they can’t make their caricature of him stick. Reality keeps getting in the way.

As Jeanine Martin points out, the Cuccinelli campaign just released what is probably the best video of the campaign season. If you haven’t seen it yet, take a minute to watch. It’s worth it.

What we see in this video is a man passionate about doing the right thing. In this case, it was to personally lead an effort to free a Black man who had been imprisoned for a crime he did not commit. That man, Thomas Haynesworth, was reunited with his family after being locked up for 27 years, only because Ken Cuccinelli worked hard to ensure that justice was done. 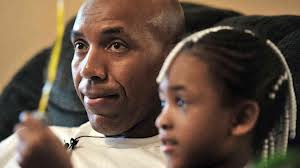 In Democrats’ view, conservatives only go out of their way to protect monocle-wearing millionaires and campaign donors, not the poor or the victimized. A conservative male politician is “misogynist” if he’s pro-life, and is a target to be destroyed with the patented “war on women” schtick.

But, with Ken, that monkey business doesn’t work. And it doesn’t work because it is demonstrably false (though we know Terry McAuliffe will spend millions to convince Virginians otherwise). Likewise with the typical lefty attacks on economic issues, the environment, race/gender/class, and so forth–the entirety of the Democrat playbook.

And that’s what the Democrats find so irksome. Cuccinelli doesn’t act like a typical politician, and doesn’t play by their rules. The Democrats expect Ken to ball up in some sort of defensive crouch when they unleash their attacks, like so many high profile Republicans have done before. Instead, he consistently comes through the attacks standing tall, victorious, and with a smile on his face.

The Washington Post and other outlets have chronicled Ken Cuccinelli’s long history of fighting on behalf of those who cannot fight for themselves. Whether it is the toil for Mr. Haynesworth’s freedom, his semester of law school spent working the overnight shift at a homeless shelter, or his unequivocal support for the unborn, Cuccinelli’s character over time has manifested itself again and again in his work to protect the vulnerable.  Sometimes this comes with a political price, as with the now-standard knee-jerk condemnations of Ken’s mainstream position on abortion–a tactic aimed squarely at scaring people who might even agree with him into believing he’s an extremist who hates women.  And puppies.

But those who know Cuccinelli best speak of a man with a moral compass that overrides conventional political wisdom. The same type of man who, upon the attempted sexual assault of a classmate at UVA, leapt into action to shame the University into putting protections in place to prevent future attacks.

Cuccinelli had never heard a cry so loud and long, so pained and panicked. It became a call to action. He transformed himself into a self-taught campus expert and agitator on the problem of sexual assault. He helped establish Sexual Assault Facts and Education (SAFE), a student group that raises awareness about the issue, and designed a brochure on preventing sexual assault. Survivors confided in him. It was emotionally scalding work.

By April 1991, he was standing with a candle in his hand on the steps of the university’s Rotunda, the historic center of the genteel campus designed by Thomas Jefferson. Cuccinelli was an organizer of dozens of student protesters who occupied the steps for 134 hours — one for each of the 134 alleged victims of sexual assault at the university the previous year — and demanded that the university fund the new full-time position of sexual assault education coordinator.

The efforts of this future father of five daughters were successful, making Mr. Jefferson’s University safer for thousands of young women. Hardly the work of a “misogynist,” is it?  If you’re looking for a candidate with a low regard for women, well then you can find your candidate here: Man of the people Terry McAuliffe left his wife in the delivery room for a Washington Post party.

Ken breaks the standard mold of liberal criticisms in other ways.  When he talks about firearms and Second Amendment freedoms he talks of the defenseless single mother protecting herself and her child against an abusive ex-husband. When he talks about taxes and government overreach, he tells stories of the modest small businesswoman crushed by the burden of regulations. On Obamacare he talks not just about the lawlessness behind it, but the inexorable drawing of millions of vulnerable Americans into a cycle of dependency.

While cynics dismiss much of this rhetoric as politically calculated, what they forget is how deeply it is rooted in Cuccinelli’s Catholic faith and tradition, including the social justice teachings in which he was immersed at the Jesuit-run Gonzaga Prep. Teachings like this:

Catholic social teaching is based on and inseparable from our understanding of human life and human dignity. Every human being is created in the image of God and redeemed by Jesus Christ, and therefore is invaluable and worthy of respect as a member of the human family. Every person, from the moment of conception to natural death, has inherent dignity and a right to life consistent with that dignity.

It is a doctrine that teaches love of the poor, the infirm, and the defenseless. Cuccinelli’s opponents on the left know he is religious, which is a large part of the problem they have with him, but in their ignorance and hostility to religion they fail to understand just how these teachings of love for the least among us are why Cuccinelli has made a life of putting his deeply felt compassion into action.

KEN THE CRUSADER vs. TERRY THE TYCOON (OF CRONY CAPITALISM)

There is no doubt that Cuccinelli faces challenges this year, chiefly in the form of the seemingly bottomless pile of money Terry McAuliffe will draw upon to run the typical smear campaign against Ken. And if repeated often enough, some of it may stick.

Why does McAuliffe have such a fundraising advantage?  Because he’s a master at playing the big money game.  In his own words, “Let me tell you, it’s a lot easier to raise money for a governor.  They have all kinds of business to hand out.  Road contracts, construction jobs, you name it.”

And Cuccinelli?  He has that old fashioned notion that that the rule of law means everyone must play by the same rules…no crony capitalism, no bailouts, and no special favors for monied interests, all of which are Terry McAuliffe’s stock in trade.  It’s how Terry made his money, and how he separates money from the favor seekers that fund his campaign.

And that’s T-Mac’s Achilles Heel.  When they pay attention, Virginia voters will see the unique brand of conservatism that has propelled Cuccinelli to his prior victories. But they’ll also see McAuliffe the same way Virginia Democrats saw him in 2009: “For decades, Mr. McAuliffe traded access for money, ensuring that big companies — not people — were in control, all the while pocketing millions through his proximity to power.”

Folks, this is a no brainer.

How Do You Confound The Left? Do What Ken Cuccinelli Does. was last modified: September 4th, 2013 by Chad Ochocinco
#VAGOVconfounding conservativeKen CuccinelliTerry McAuliffeThomas Haynesworth
6 comments