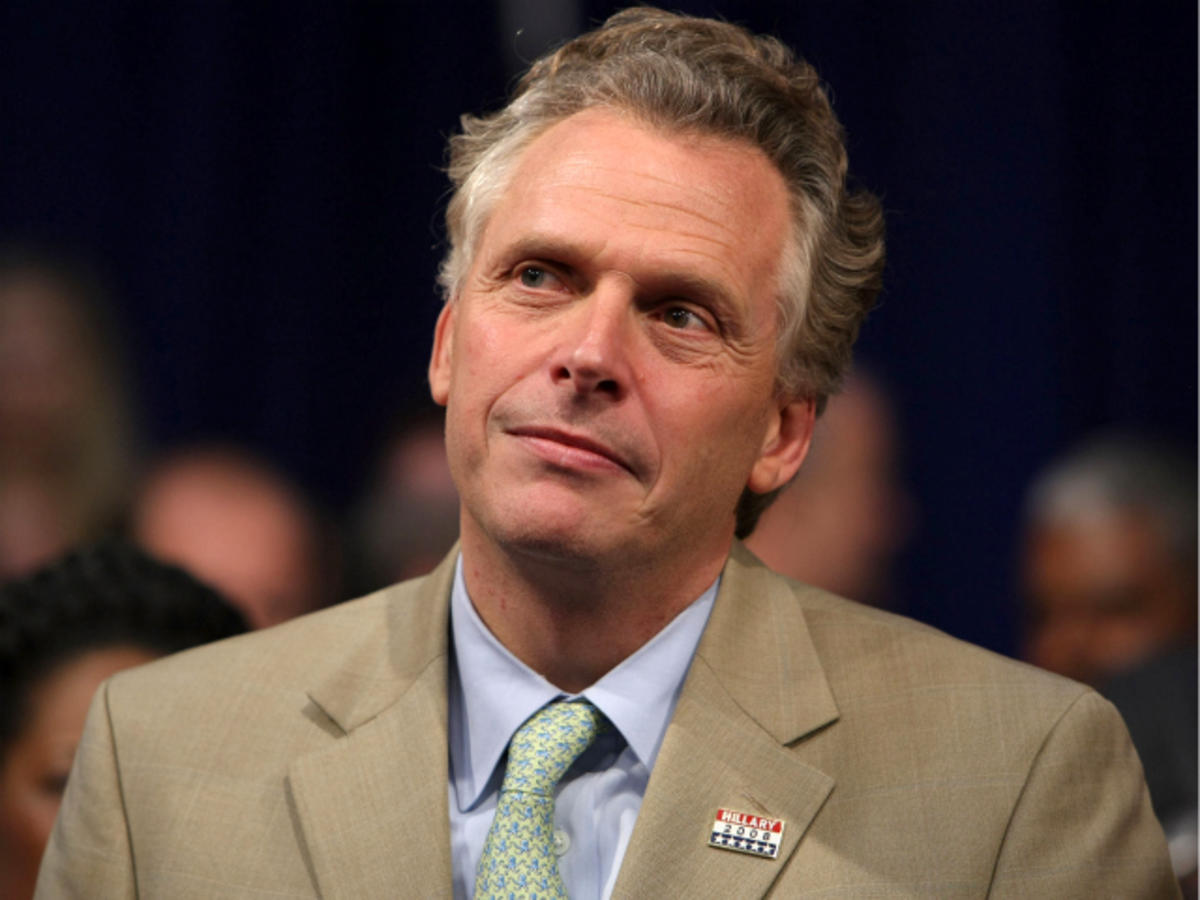 How Governor McAuliffe Almost Got Away With It

On Friday, in a 4 to 3 decision by the Virginia Supreme Court, Governor Terry McAuliffe’s use of an executive order aimed at restoring the voting rights of over 200,000 convicted felons was ruled unconstitutional. While Republicans celebrated the decision as a great victory, they seemed to ignore how close they came to nominating McAuliffe’s handpicked jurist Jane Marum Roush to a 12 year term just four months ago. Had Republicans gone forward, putting Roush on the bench, this 4-3 decision on Friday likely would have ruled in the other direction.

This is a lesson Virginians ought never forget.

On March 2nd, Jane Marum Roush was endorsed by the Republican Senate for a 12 year term on the Supreme Court just before the Republicans in the House of Delegates voted down her nomination.

Earlier in the day and with little notice, the Senate Courts of Justice Committee abruptly certified Roush.

Governor McAuliffe and most of the Virginia Press were pushing hard for a quick nomination of Roush, warning Republicans not to play partisan politics with the courts. Roush, touted as a fair and qualified for the highest court in the Commonwealth, was able to gain the support of four Republicans in the Senate. In truth, Governor McAuliffe only required one Republican defection.

In the House of Delegates, Speaker Bill Howell was committed to nominating Rossie D. Alston Jr, from the Virginia Court of Appeals. Speaker Howell only faced five Republican defection in the House.

Speaker Howell didn’t require these 5 Republicans as Roush was voted down 55 to 38, placing all of the pressure back on the Senate. With Alston’s nomination now on the table, all but one Republican Senator joined with the majority in the House. Senator Glen Sturtevant was the single hold out.

Sturtevant, a freshman senator who had campaigned on a promise not to let political bickering oust a sitting justice, refused to yield, denying Senate Republicans the ability to advance a candidate to replace Roush. Republicans hold a 21-19 edge in the Senate and a commanding 66-34 majority in the House.

The stalemate in the Senate frustrated House Republicans, who had the votes to install Alston and oust Roush.

Over the following week the General Assembly would be thrown into an uproar as Ken Cuccinelli’s name was thrown into the stalemate, sending Democrats, as well as Republicans, into unmitigated hysterics. However, as quickly as Ken Cuccinelli became a part of the tug of war between the General Assembly and Governor McAuliffe, his name was extirpated, as the former Attorney General removed his name from consideration.

With this session winding down, Republican leaders turned instead to Appeals Court Judge Stephen R. McCullough, who spent more than a decade in the Attorney General’s Office, including several years under Cuccinelli, to fill the seat.

Republican leaders in both chambers said they have the votes to elevate McCullough to the state’s highest court Thursday, and Speaker of the House Williams Howell personally introduced the judge before his formal committee interview Wednesday afternoon, calling him a friend with a strong legal mind. – Daily Press

With Speaker Howell, The House of Delegates, and former Attorney General Ken Cuccinelli all behind McCullough, Republicans in the Senate came together to elect McCullough to the Supreme Court.

Clearly there was a great deal of dysfunction within Republican Ranks, but whether or not this dissent was the product of the desire for cooperation and bi-partisanship, as Senator Sturtevant would have us believe, or whether the handful of Republicans in the Senate honestly believed that Roush was the right choice, the fact remains that had Roush been seated on the Supreme Court, McAuliffe’s felon ploy would have gone unimpeded.

It would be marvelous if we could treat out courts as the nonpartisan branch of government. I have no doubt that Jane Marum Roush was qualified to sit on the Supreme Court; and while her judicial record may not have reeked of obscene partisanship, it is specifically cases such as these where politics inevitably comes into play. The entire case before the court was political in nature. The Governor attempted to restore voting rights to 200,000 convicted felons, not out of the goodness of his heart, but rather in an attempt to secure Hillary Clinton a victory in Virginia in November. Were the Court to have been controlled by Democrats, it could only have helped their future careers to play a central role in the election of a Democrat President – a President who would be nominating 1 to 4 jurists to the United States Supreme Court.

It is ridiculous and not in the spirit of our Republic that our courts should have become so political; and yet it seems as though the political nature of the courts is inevitable. We would be naïve to think otherwise. Therefore, it is incumbent we remember just how close we came to turning over the highest court in the Commonwealth over to a Governor who would shamelessly attempt such a corrupt political maneuver. In the future, I pray we do not almost make the same mistake again.

How Governor McAuliffe Almost Got Away With It was last modified: July 24th, 2016 by Steven Brodie Tucker

We have gotten far enough away from the Va. SC fight that I am going to jump in and disagree. I disagree, not with how Gen. Assembly Republicans handled it but with the presumed outcome of political cases.

I have great respect for SBT. In the article above there are two conclusions:
1. Had Republicans gone forward, putting Roush on the bench, this 4-3 decision on Friday likely would have ruled in the other direction.
2. “had Roush been seated on the Supreme Court, McAuliffe’s felon ploy would have gone unimpeded.”

I’ll give you the breakdown on this decision:

Here is how the decision turned out:
Striking down the Executive Order:
McClanahan (R)
McCullough (R)
Lemons (R)
Kelsey (D)

The partisan split on the existing SC undermines the premise here.

More importantly. I have practiced before both Judge Alston and Justice Roush. I have found them to be fair, intelligent, and honorable jurists. Presuming that Judge Roush would simply rule on a partisan basis is wholly inconsistent with my experience before her. McAuliffe should never have handled the appointment like he did, but I disagree with the suggestion that Justice Roush is a partisan hack.

This is just one more unfortunate legacy that the Obama administration has left with us. He so thoroughly attempted to politicize the judiciary via his bench appointments with so many openly partisan political judges, often driven by their view of social justice motivations rather then the legal text, we generally assume all progressive appointments come from this common pool of candidates.

I was attending a conference recently where in attendance were a wide selection of recent law school graduates from several different law schools all preparing to begin the launch of their legal careers. What struck me was of the several I spoke with not a single one displayed any interest in pursing the actual practice of law in the courtroom. It was all policy consulting, community organization, some form of political function, etc. Not a single one. We have judges today who have little to no actually experience in having practicing the law! I don’t find it unreasonable that some laymen draw conclusions on what the legal educational system is producing today and placing in judgement before us in our federal and state courts.

You would have gotten an upvote if you had added Bush, Clinton, Bush & Reagan to that list of presidents who stacked judge appointments based on partisanship.

Can’t disagree with your position but it has always been my opinion that the Republicans are so consistently bad at receiving the product they believe they are pre selecting to confirm. In 2005 I was present at a dinner in DC where a Bush staffer was regaling the table on what a great conservative pick John Roberts Jr. was following the then recent death of Chief Justice William Rehnquist by President George W. Bush. I had to hide my smile at that one.

Very nice gentleman but who ever vetted him either did not understand conservative philosophy or the job was a very slapdash affair or everyone simply bought the answers at the confirmation hearing as fact because a Rehnquist he most clearly was not though not as ridiculous of a misfire as Ford’s appointment of Stevens. The Republicans so rarely seem to get the product they are aiming for while the Democrats and Obama in particular have been quite effective in politicizing their choices.

I will fully admit that my assumptions (which these most certainly are) follow from a general experience and understanding of the politicization of the courts. I have not heard anything negative about Justice Roush – but I am conditioned to a certain degree of cynicism – for many of the reasons that Lawrence lists below. I also have found that there are tremendous inconsistencies between human beings at various stations in life, as they adapt to new pressures of higher office. Mark Warner’s transition from Governor to Senator for example. I never felt that Mark Warner was a radically liberal Governor, but his service in the Senate has been frustratingly in lock step with Democrat Leadership. I wonder if this would not be true of jurists as well.

But again – all assumptions predicated on experience in general and unrelated to any actual knowledge of Roush herself.

Are any of these Republicans running for higher office or re-election? Do you think they remember their votes? Remind them!

I think they should be reminded, though I don’t think this should be held against them forever.

You are correct but they should be reminded vehemently when they stray off reservation in the future.

The other guy was probably a good judge, and might not have voted partisan, but we really can’t afford to take any chances.

Yet another reason why you need a viable political party instead of a 2nd place Punchinello and debating society.

I completely agree with you.

Jill is a good example of a Republican who tries to be a voice of reason — this is one of the times that could have bit her — if the appointment would have gone the other way, I believe it would have killed her chances for LG.

But Jill has stood with her party when it counted, so she is still in the running.