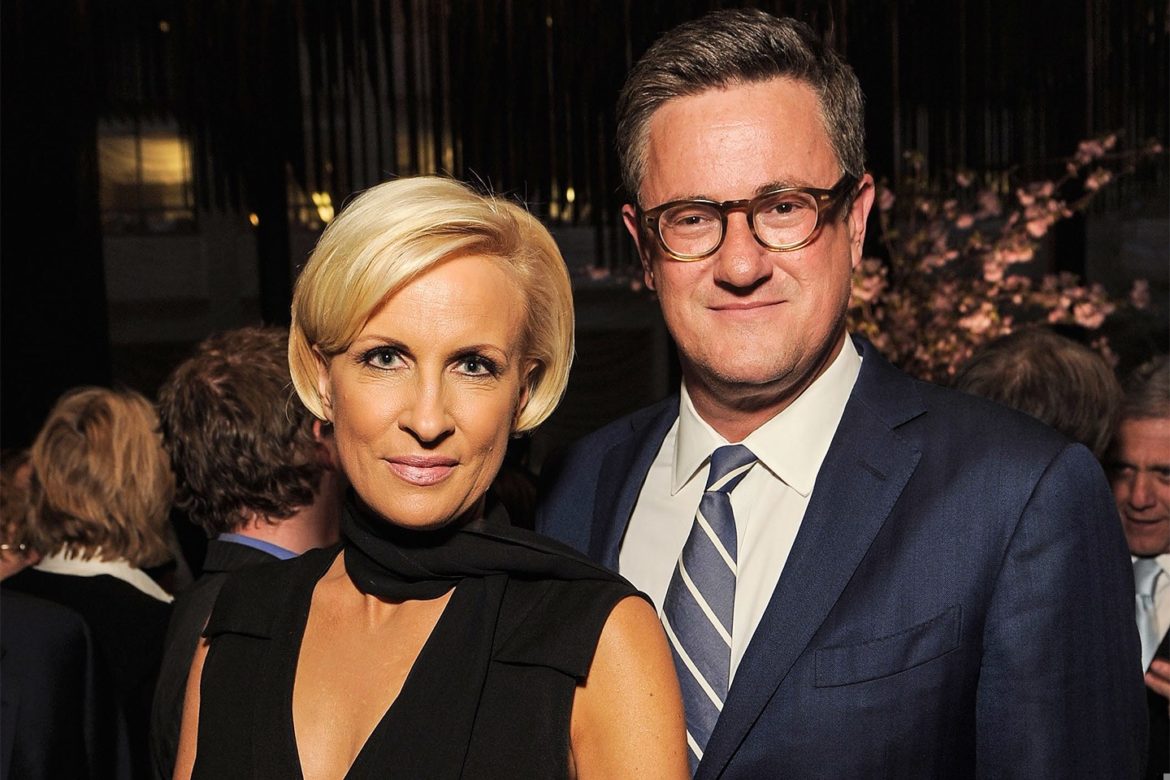 How Low Will Joe Go?

For most people when they learn that someone is in the early stages of dementia are saddened, perhaps shocked, and they pray and wish the best for the person. Well, that is the reaction of most decent human beings, but Joe Scarborough and Mika Brezezinski aren’t decent human beings.

They seemed to take delight, even giddy, in Joe’s claim that President Trump is in the early stages of dementia. How does Joe know that? Well, he has a “source”, more on that in a second. Why are they so happy? For the morally void Scarborough and Bzezinski one man’s dementia is an opportunity for a coup. The condition of dementia will hasten the invoking of the 25th amendment. That is their hope and prayer anyway.

Now before I address Scarborough’s “source”, let me make one more point to demonstrate that Joe and Mika are despicable people.

When Joe(who as far as I know has no medical training) announced the diagnosis a couple days ago did he consider whether President Trump’s children and grandchildren have already been told that their father, and for some grandfather, has a fatal disease? Of course not.

What if Trump’s teenage son is watching and hears Scarborough announce a (fake) medical diagnosis. Would this bother Joe’s conscious? Of course not.

How would you like it if you turned on TV and saw some guy in a turtleneck and hipster glasses announce that your father is in the early stages of dementia?

Now, who is Joe’s source? Is it a press aide? Is it a cabinet secretary? Or is it a medical doctor? Or is the source an imaginary character that lives only in Joe Scarborough’s mind. My guess is the latter.

I have been involved in political campaigns for over 20 years and I have met a number of smart staffers and some that I thought were nuts, but I would never trust any one of them to make a medical diagnosis. Scarborough’s source can’t be a campaign staffer.

Is Scarborough’s source a cabinet member who is about to be fired? Perhaps he or she is not the most reliable source.

The only one who can make a diagnosis regarding stages of dementia is a doctor. Did Scarborough talk to the President’s doctor? Did he talk to a doctor who has examined the President? Did someone in the White House release the President’s medical file?

I tweeted Scarborough and asked him this question. He did not answer.

Personally I think Scarborough is making it all up. Going on national television, granted it is MSNBC so not many people are watching, and spreading a lie that the President has a fatal disease to advance a coup is the act of a truly despicable man.

How Low Will Joe Go? was last modified: December 2nd, 2017 by David Shephard

Are you paying attention? Trump is certifiable.

… and none of them are the same thing as dementia.

Nobody honestly thinks Trump has dementia.

People think he’s #*&^ing annoying, but not that he has dementia.

SPEAKING of DISTRACTION by FAKE NEWS ….

SD sometimes your posts might as well just be random characters typed on a keyboard .. nobody believes Trump has dementia. Even you don’t believe that. So why bother ?

You have not been paying attention, have you.

SD stop marginalizing people who have dementia by using the word as a cheap political toy against a President you don’t like. People with dementia are, umm, people, with dementia, and warm heart, and hurt, oh the pain … cry cry … isn’t that what you SJW’s do, use situations like this to prove how evil people are who don’t agree with you. I can’t believe you don’t care about people who actually have dementia SD, you’re an evil person who hates mentally ill people.

(I can’t even type that kind of nonsense without laughing ..)

OH – it is the word dementia that has you in a knot? Then I do apologize . I would hate to think that anything I wrote cause anyone any distress.

Try to remember how it was when the TEA Party rose in the Obama era.

Now we have the media and Progressives flipping out about Trump.

What’s it going to be like if a Sanders or a Warren wins election ?

He’s sleeping with the enemy..sold his soul and surrendered his integrity for NBC’s pot of gold.

Does anyone really pay attention to that idiot

Are you talking about David?