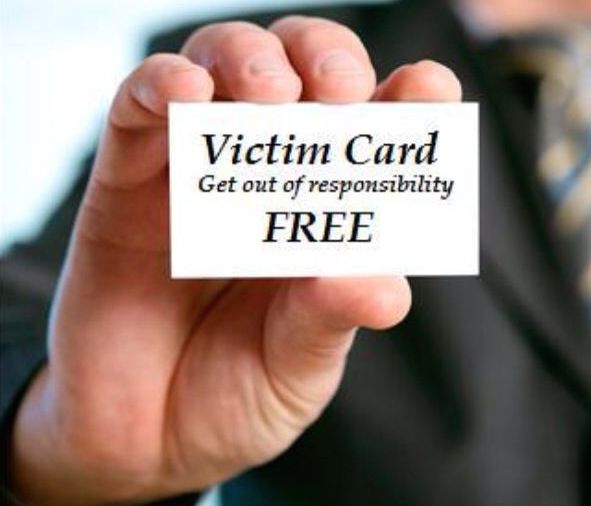 How not to attack a liberal

Among life’s Golden Rules is this — “It’s not what you say, but how you say it.”

It’s especially true in politics and particularly when conservatives confront liberals on their stupidity and outlandish statements and policies.  Liberals place more emphasis on tone, words and emotion than fact or principles, and are so high minded that they have to use ridicule or mockery in an argument.

Republicans faced this in two incidents this past week, both involving Muslim lawmakers pulling the Victim Card when they were confronted with their statements.

The first case involves the ultra anti-Zionist Democrat Socialist Rashida Tlaib, (D-MI) and her outrageous comments about post-Holocaust Israel, where her Palestinian parents once lived.

In an interview on Yahoo’s Skullduggery podcast program, Tlaib said she felt pride in the fact that her fellow  Palestinians had “provided” Jews with a haven after the Holocaust. Her exact words were:

“There’s always kind of a calming feeling when I think of the tragedy of the Holocaust, that it was my ancestors, Palestinians, who lost their land and some lost their lives, their livelihood, their human dignity, their existence, in many ways, has been wiped out … in the name of trying to create a safe haven for Jews, post-Holocaust, post-tragedy and the horrific persecution of Jews across the world at that time. And I love the fact that it was my ancestors that provided that in many ways.”

In reality, Arabs did not “create a safe haven” for Jewish holocaust survivors; rather Israelis fought for creation of a Jewish state against the so-called Palestinians, backed by the “Arab Legion” armies from neighboring Egypt, Syria, Jordan and Lebanon.

The boundaries were drawn based on the battle lines.  With the end of British governance in 1948 and creation of Israel, Jewish Holocaust survivors could then emigrate en masse from displaced persons camps in Europe set up to house refugees.  Until the Six Day War in 1967, which was started with an Egyptian attack on Israel, Jordan controlled the West Bank, Syria the Golan Heights and Egypt controlled Gaza.

The irony of Tlaib’s statement is she doesn’t support Israel at all.  Rather, she backs a one-state solution – a secular government, meaning Jews facing persecution are not guaranteed “safe haven.”   Even other hardened anti-Zionist Democrats like her fellow socialists Ilhan Omar, of  Minnesota, and Alexandria Ocasio-Cortez of New York, tout a two-state solution to the Israeli-Palestinian conflict.

With the rise of anti-Semitism worldwide, Republicans think they have an opportunity for Jewish votes and support in the 2020 elections, and are quick to jump on Leftists like Tlaib.

But this is where a golden opportunity was fouled up.  Instead of focusing on Tlaib’s outrageous revisionist history, President Trump and a number of conservative talking heads focused on the mention of the Holocaust.

As a result, Democrats including Nancy Pelosi dug in and defended Tlaib and so did some liberal Jewish groups. The media by and large led with the “calming” “Holocaust” comments and never challenged Tlaib’s ignorance about “safe havens.”

Tlaib did not apologize either, but went on the attack and milked her victimhood on the “Seth Meyers show,” saying

So, by focusing too much on her Holocaust comment and not on her perverse view of history, Rashida Tlaib is now a victim of “Conservative outrage” and liberal superstar.

The next example was in Virginia where freshman Delegate Ibraheem Samirah, who won a special election in a Northern Virginia House seat in February, was asked at his first town hall in Herndon last week about shariah law.

Obviously taken aback by the question, and with protesters outside carrying signs supporting Life along with flags of the US and Israel, Samirah went to the media, which was all too willing to report his side of the story to make conservatives look evil.

His tweet reads, in part:  “Here’s a glimpse into being a Muslim in office…Yesterday was my first town hall as a new Delegate… However, one of the first questions asked was: “How do you plan to implement Sharia Law in Virginia?”

As we learned on this blog,  that question was asked by Bull Elephant fellow contributor Catharine Trauernicht .  But WUSA Channel 9 in DC, which had audio of Samirah being asked, edited out the question . In fact, the Associated Press and local papers did one-sided stories, choosing to not report exactly how Trauernicht asked the question.

Her account of how she phrased it differs markedly.  Given the malpractice of how the media reported it, I advised in a comment on Trauernicht’s blog post to send letters to the editors of various publications to set the story straight.

However, asking about shariah law at the expense of other outrageous statements Samirah has said about Israel and his questionable campaign contributions (see the blog post) would have put him on the spot and less able to play the Victim Card.

But now, Samirah is another liberal hero and got national publicity to boot.

It never occurred to me during my tenure on the Loudoun County Board of Supervisors to “go public” with some anti-Semitic comments I got from two fellow supervisors, in private.  I doubt the media would report it given their view that Jews are whites and not victims.

But Democrats and the media are allies and it seems Republicans forget that when they put them on the spot (Samirah) or attack their outrageous remarks (Tlaib).

So, two golden political opportunities for Republicans went wasted because some of us forgot the Golden Rule — “It’s not what you say, but how you say it.”

I doubt President Trump will take note next time, but the rest of us can.

How not to attack a liberal was last modified: May 16th, 2019 by Guest Contributor Ken Reid