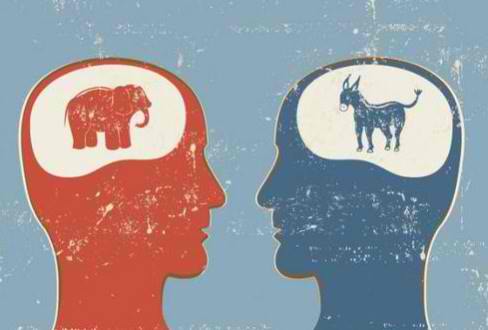 How the GOP can win the next election

In the 2019 election in Virginia, the Republican party took it on the chin.  We lost control the senate and the house of delegates. Virginia has a Democratic Governor and Democratic majorities in the House and Senate.   This, of course, is old news to any loyal pachyderm who peruses these pages.

As a family dentist, I operate a very non-scientific poling consultancy.  I typically get to talk to my patients between the time I enter the treatment room, wash my hands, put on a pair of gloves and administer the anesthetic.  (â€¦.yes, the needle). Once this is complete, there is a predictable 10-minute period for the anesthetic to take effect. In all, about 15 minutes to discuss the news of the day.

Most of my patients agree the GOP has become somewhat disoriented.  One of my patients owns a farm. I think his comments summed it up well: â€œI donâ€™t have time to watch the impeachment hearings. Itâ€™s all nothing but politics and that really troubles me.  Why canâ€™t we get improvements to I-81? I am still paying too much for health care, isnâ€™t anybody going to fix that?â€

Other patients are vocal about pulling out our forces in Syria.  â€œI didnâ€™t even know we HAD soldiers in Syria, I think they should be pulled out.  What are we doing there anyway?â€

I think we have a serious problem with the branding of the GOP in Virginia.  While President Trump has tremendous support in the Shenandoah Valley and the 6th congressional district, he is a rallying cry for the left who live in Richmond and Northern Virginia.  Once Trump is gone, we will need a well-received brand for voters to consider and for our candidates to rally around in the 2024 elections.  It is not too early to start working on our brand.

This is how Branding is defined on Wikipedia:Â

Branding. Definition: The marketing practice of creating a name, symbol, or design that identifies and differentiates a product from other products. An effective brand strategy gives you a major edge in increasingly competitve markets.

Branding is very important for any business or political endeavor. Â  Recently, Ken Cuccinelli was accosted by Marylandâ€™s former Governor Martin Oâ€™Malley. Â  Oâ€™Malley threatened the deputy secretary of Homeland Security in an Irish Bar in Washington. (go figureâ€¦.) Â  Oâ€™Malley shouted his indignation at Cuccinelli for the children kept in cages by the INS.Â Â Â

My wife and I saw a movie this weekend called Knives Out.   One of the characters in the movie commented about the children trapped in cages at the border.

An article in the June 18, 2018 issue of Atlantic Magazine shows how a Walmart was partitioned into holding areas for undocumented immigrants who have been detained by border control.  The Atlantic admonishes the Associated Press for calling this facility a cage. The word â€œcageâ€ brings to mind the images used by the ASPCA of animals suffering in small cages exposed to the elements.  This is NOT the case for detainees. Even the left leaning Atlantic Magazine admits this.

Mr. Oâ€™Malley and the Associated press are trying to force a brand onto the Republicans.  Even if it is not true, many people will remember it is the GOP who put children in cages.  The practice of using a chain-linked partitioned facility highlighted in the Atlantic was initiated by the Obama administration.  The character in the movie Knives Out, the Associated Press article and Mr. Oâ€™Malley failed to mention President Obamaâ€™s early involvement.

I bring us this example as a warning; If we do not brand ourselves then a brand will be placed upon us.

Now, how to brand, fight and win:

Not so long ago, the Republican Party was the party of ideas.   We need to return to this and champion ideas the average voter can easily embrace.

Idea Number One is health care reform.  Obamacare is a mess. Many of my patients say they are paying more and more for private insurance.  Other patients are heading to government run health care options like Medicaid and the Veterans Administration.

In a letter to the editor published in the Wall Street Journal on November 30 Mr. Alan Rose writes:Â

An enlightened comment from President Obama was his quip that Obamacare was a “good starter home,” but people now want to see improvements. The GOP, after years of promising to demolish the starter home failed to do so and therein lies the radical beauty of moderate progressivism. Entitlements never fade away. They sometimes continue unchanged for a spell while Republicans rule but invariably get additions in the next round of Democratic construction.

BINGO!  Mr. Rose highlights the vacuum.  The GOP should have had legislation to replace Obamacare ready to go.  Our leadership let us down. We need legislation written to replace Obamacare with a well-planned private sector option for insuring the majority of Americans.   We need to make it clear how our policies will help all Americans. We need health care options and policies that use the free market to promote self-reliance. This should be the foundation of our Republican brand.

For Virginia, the next leg of our brand should be road improvements.  As I write this, thousands of vehicles are driving on the interstate highways in Virginia trying to get home after the long Thanksgiving Day weekend.   Whenever I talk to a patient who is a long-distance trucker, he (or she) tells me that the reason for all the trucking traffic on Interstate 81 is because Interstate 95 is so incredibly congested.   We need to make improving the highways in Virginia a priority for the GOP. I-95, I-81 and to a lesser extent, I-64 need at least one additional lane. The left wing of the Democratic party sees limiting highway growth as a means to limit travel and ultimately reduce climate changing emissions from passenger traffic.  We need to call the Democrats on this. We must shine a spotlight on the stark difference between Republican growth and improvement policies versus the shorted sighted static policies of the Democrats.

The third leg of the brand should be good government.  Ken Cuccinelli missed a grand opportunity in his confrontation with Marylandâ€™s former governor.  No, I am not talking about adjusting Mr. Oâ€™Malleyâ€™s dental work in the bar last weekend. Mr. Cuccinelli should have highlighted the fact that Martin Oâ€™Malley was mayor of Baltimore from 1999 to 2007.  While serving as Mayor, Baltimore had about 250 murders a year. This represents a murder rate of about 40 per 100,000 citizens compared with the national murder rate of 5 per 100,000. We should be selling our brand of good government and highlighting this as a way to fight urban decay seen in Democratically run cities like Baltimore, Newark, San Francisco, Portland and Seattle.

Donald Trump will only be president until 2024.   Even if he gets an opportunity to appoint another outstanding Supreme Court justice, sooner or later our party will have to soldier along without him.   What we are, what we are known for and what we offer to the electorate will be critical. I would even add that the health of our republic depends on us, our trust in the free market system and our faith in the collective wisdom of the American voter. Weâ€™ve got work to do!

How the GOP can win the next election was last modified: December 5th, 2019 by Guest Contributor Douglas Wright

Douglas Wright is a dentist who lives in Rockingham County. He was a republican candidate for congress in Virginia's 6th congressional district. He writes a monthly column for The Daily News Record newspaper in Harrisonburg, Virginia.