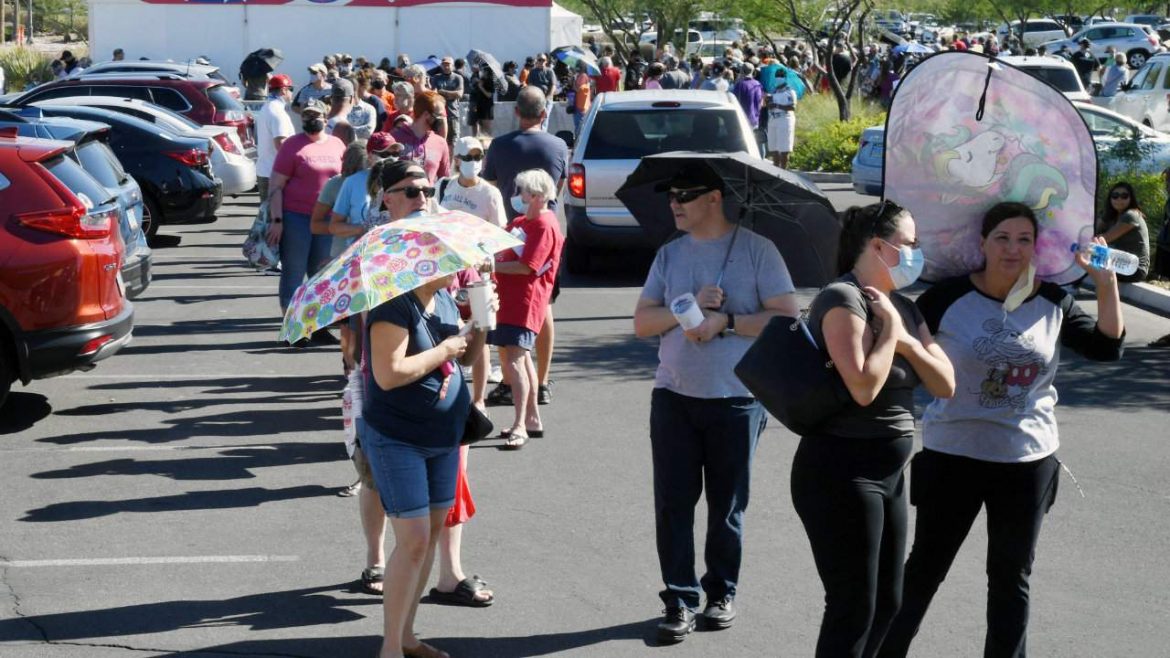 More than anything, isn’t this the sum and substance of the election in 2020?

The Case for Trump – Part 5

Every writer wants that perfect phrase that turns the argument towards home. I had intended this article to be a rendition of the impressive list of promises kept and policies pursued by this unexpectedly accomplished President.Â

However, I keep finding myself thinking about tomorrow, beyond my lifetime, to the generations that will follow.

This specific election, at this particular moment, is a critical bridge to that future.

My mind turned to an ancient phrase first heard from the Prophet Ezekiel 2,500 years ago â€“ its refrain cascading down the centuries’ corridors â€“ from the pen of every subsequent philosopher and intellectual.

“How then should we live?”

Isn’t that the real question on our minds? How shall we live together and order our affairs? How will we raise our families in peace and safety, free from want? How do we pursue our personal dreams and tend to the needs of each other and our communities? And, most importantly, who sets the parameters of the moral order? An eternal God or mere men?

More than anything, isn’t this the sum and substance of the election in 2020?

Until the last three hundred years, how we should live was determined mostly by the sword or the decree of a self-appointed Sovereign or despot.

The American experiment as a Constitutional Republic upended all of that. The Founding was a pivot in human history, the answer to the age-old struggle to realize the promise of liberty and freedom, captured in one dramatic sentence:

“We hold these truths to be self-evident, that all men are created equal, that they are endowed by their Creator with certain unalienable Rights, that among these are Life, Liberty and the pursuit of Happiness.”

That world-shattering concept (refined mainly in the early Colonial pulpits) had its origins in the Biblical covenants between God and His people, the Reformation, and the great thinkers of the eighteenth century.

The Founders were both practical and sophisticated, visionary men. They knew the nature and history of man left to his own devices was always, without fail, tyranny by one over another, or mob rule, such as parliamentary systems. Instead, they grasped the dynamics of the law of Righteousness and its promise of showers of blessings, proclaiming that we lived in an ordered universe.

The Founding documents became the blueprint that has prospered the people and changed the course of the world. It has brought unequaled freedom to Americans and inspired the world it has saved three times from marauding despots and tyrants. It has rebuilt nations that others have destroyed by war. And it has sent untold trillions of dollars of wealth and countless teachers, doctors, and missionaries across the globe seeking nothing in return.

Critically, the Founding challenged the Republic to live up to its creeds and provided the pathway to do so.

But tyranny never rests. It’s driving imperative for absolute power,  singular control, is like an ancient chant from Hell, reminding us that the story of America is never finished.

Perhaps more than any since the Civil War, this election contrasts two opposite visions that cannot co-exist.

The left’s vision demands the darkness of mob rule and the subjugation of individual thought and liberty. Its organizing premise is that personal freedom has proven too messy. And since there are flaws in the American story, there is no part of that story that justifies its continuance.

The solution proposed is the same as offered by every tyranny. Each individual must prostrate themselves before secular power and dismiss God from public and personal life – even the family unit must bow to this paradigm. Success must be a collective expression. The rule of law must be subject to the emotional notions of victimhood. Meritocracy must stand aside for equivalency. No life is to go uninvaded.

Even the befuddled standard-bearer of the new socialists, former Vice-President Joe Biden on May 11th called for “revolutionary, institutional changes” to the very concept of self-rule by citizens. On Independence Day, he proclaimed that he would “rip the roots of systemic racism out of this country.” And on July 9th, he pledged to “end to the era of shareholder capitalism.”

In 2020, the war to undo the Constitutional order has been joined publicly by a new danger. The tech and financial oligarchs and the international business class have begun an aggressive crusade in concert with the media-entertainment complex to tear apart the Bill of Rights. Already they are redefining and restricting free speech and what are permissible points of view. High tech will be the censor, and the financial community has already begun the process of denying access to financial services for those who won’t live with the new ways, the new ideas. (Following the model of the Chinese communists and their â€œSocial Creditâ€ system.)

These tech and financial oligarchs have purchased access into the democratic process and gained ungoverned power by paying off Washington’s administrative and political operations, whose corruption â€“ on both sides of the aisle â€“ now rivals ancient Rome’s.

The two political parties, big business and the media, not all that long ago,  shared a responsibility to protect the nation’s best interests and the well-being of its citizens. There were differences in how to accomplish that, but the goal was the same.

However, now the Democrat Socialists and the international business class, joined by the oligarchs, have abandoned any allegiance to the American experiment. They are intent on marrying the United States off to the global order.

They are against us – plainly and unambiguously at war with the very country that gave them the privilege of great wealth.

The Wuhan pandemic has already demonstrated how eager the political class is to seize unchallenged authority, even if it has to set aside the science that it proclaims to be the new god, to further its agenda for the new order. Again, the left’s candidate, Joe Biden, called the virus “an incredible opportunity [to] transform the country.”

Notice the words that are no longer in the radical left’s lexicon; freedom and liberty, personal responsibility, freedom of speech, association, religious liberty, personal goodness, or public righteousness. Words that only a decade ago still peppered the public discourse have vanished. Even the national media, whom one would think have a vested interest in freedom of speech and thought, have fallen silent. The words are aliens in a political wilderness.

The venerated symbols of the Republic and its struggle to “form a more perfect Union” are now the focus of attack and ridicule by self-proclaimed socialists and Marxists. They scream obscenities, loot, and burn down the same nation that tolerates their insane rants and even encourages them.

It seems simple. Before us is a choice. How then should we live?

Are we going to be free men and women, living under the protection of the rule of law, the Bill of Rights, and the Almighty’s grace? Or, shall we succumb to the siren song of utopians, promising that the cost of human freedom is not too high a price tag.

How Then Should We Live? was last modified: October 28th, 2020 by Michael Giere