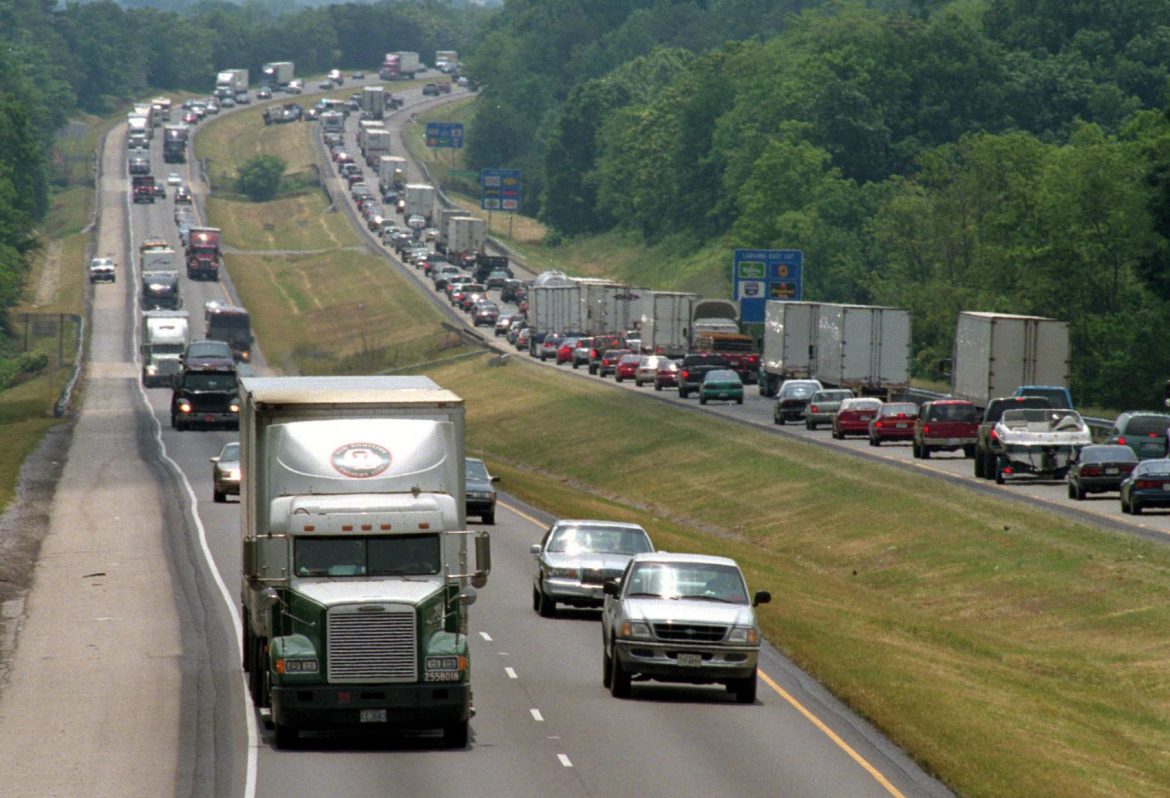 How to Fund I-81 Improvements: Six Principles to Consider

Governor Ralph Northam is pitching another plan to raise money for improvements to the Interstate 81 corridor: (1)  Increase the statewide diesel tax to pay for transportation projects across the state, and (2) impose a regular gas and diesel tax along the I-81 corridor to raise revenue directly for I-81. The combined measures would raise about $150 million a year for I-81, a fraction of the $4 billion in identified needs, reports the Roanoke Times.

The proposed budgetary amendment comes in response to flailing efforts by lawmakers to find a funding solution for western Virginia’s increasingly congested and accident-prone traffic artery. All previous efforts have floundered because they offended one constituency or another. The root problem, of course, is that everyone wants more money for their roads, but everyone wants someone else to pay.

The political horse-trading approach seems not to be working. Perhaps it’s time to step back from the deal-making and articulate some basic principles that people can buy into in the abstract. If we can gain agreement on the principles, perhaps we can take a fresh look at devising a workable solution. Herewith are some principles worth considering:

User pays. The impulse of politicians is to grab revenue from any source available, a practice that over time creates vast networks of subsidies and cross subsidies that are too complex to unravel and fully understand. A “fair” system (insofar as any tax system can be deemed fair) would charge vehicles for the maintenance and construction of I-81 in direct proportion to which they benefit from those expenditures.

Some local funding required. However, as occurs elsewhere, local governments along Interstate 81 have co-opted the transportation capacity of the highway. A tremendous amount of congestion along I-81 comes from local traffic. Other regions should not be expected to subsidize local traffic generated by land use patterns that off-load the cost of building and maintaining local transportation networks to the state. Reforming local land use — the clustering of development around Interstate interchanges — needs to be part of any long-term solution for I-81.

Trucks need to pay more. Heavy tractor-trailers cause significantly more wear and tear on highways than light vehicles. While trucks do pay more in taxes than cars, the revenues generated are not sufficient to make up the difference in pavement damage. The tax system should ensure that tractor-trailers pay the full share of long-term costs of maintaining Virginia’s state and interstate highways.

Maintenance versus congestion. As a general principle, every vehicle should pay its fair share of maintaining the Interstate. Vehicles add to wear and tear whether they use the highway during rush hour or 3 a.m. The question of addressing congestion — too many vehicles on the road at the same time of day — is a separate issue and, ideally, requires a different solution. The virtue of variably priced tolls, as unpopular as they are, is that they charge highway users for contributing to congestion and encourage some trucks and motorists on the margin to shift to other roads or other times, or, thinking the unthinkable, share rides with others.

Local alternatives. Traffic congestion is not uniform up and down I-81. It is worst in the metropolitan areas — Winchester, Harrisonburg, Staunton, Roanoke, Blacksburg, and Bristol — where motorists use the Interstate as a local highway. Where practical and economically justified, these communities should prioritize improvements that increase the carrying capacity of roads and highways running parallel to I-81. It is far cheaper to expand the capacity of roads built to local street standards than expand the capacity of a highway built to Interstate standards.

In an ideal world, Virginia would scrap its jury-rigged transportation funding formula and replace it with a system aligned with these principles. Doing so would make the job of finding an I-81 funding solution a lot easier. But barring such a revolutionary change, we should at least endeavor to apply these principles to the I-81 corridor.

How to Fund I-81 Improvements: Six Principles to Consider was last modified: April 1st, 2019 by Guest Contributor James Bacon