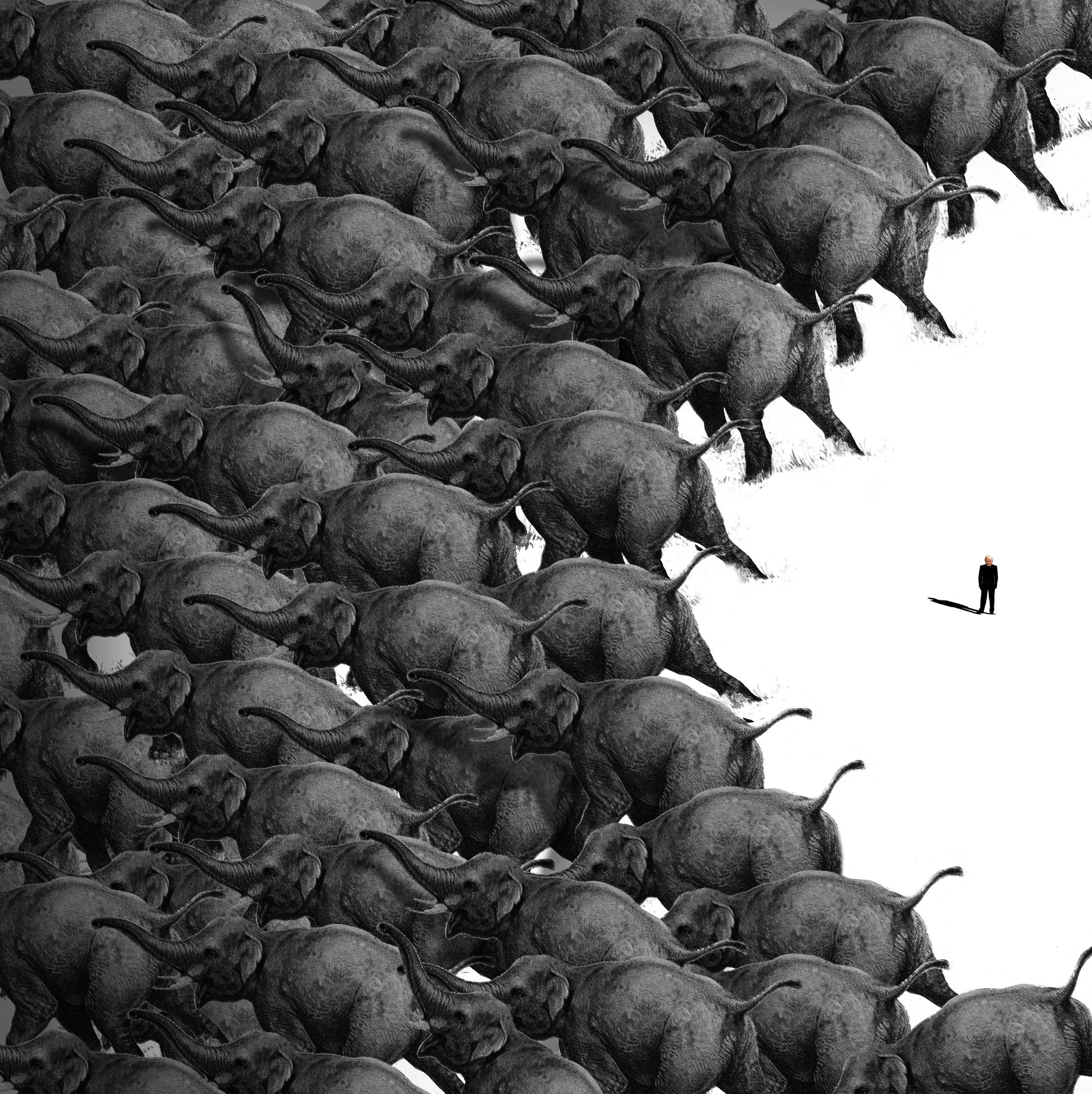 How Trump Can Save the GOP

Some may dismiss this article because it’s from the NY Times but I think it presents some of the best arguments for why Trump is about to be the GOP nominee.  Everyone should read the entire piece, it’s worth it to learn how the Grand Old Party got to this point and why Trump may be the only way to save it.

For decades our party has talked about smaller government, more power to the people, and a better economic climate.  But what have they actually done to make any of that happen?  Trump is addressing those economic concerns.

A party with a long history of cultural populism — hatred of elites combined with direct appeals to “the forgotten man,” “the silent majority” and “the moral majority” — has grown curiously deaf to the authentic distress still troubling millions who have been struggling in the Obama years. Rather than proposing concrete programs to help the middle class and the poor, the Republicans’ own elite continues to insist that the gravest threat to our economic security comes from government itself.

Yes, bigger government is a threat but what have Republicans proposed to change that? So few of our Representatives on Capitol Hill care enough to even try to help those forgotten by the Obama administration.  Talk is cheap.  Whether he can do it or not, Trump is proposing things Americans want to hear.  Without closing our borders, the middle and lower classes will continue to struggle as immigrants take the jobs and lower the pay for Americans.

Will Trump be as pragmatic as Presidents Eisenhower and Nixon? Eisenhower, like Trump was not a politician, partnered with Democrat Senate Majority leader Lyndon Johnson and Democrat Speaker of the House Sam Rayburn to accomplish great things in Washington including the Civil Rights Act of 1957.

“The assumption was that the electorate would no longer support a party whose prime goal was negative,”

Crowds love Trump because he’s optimistic about America, putting our country first, and doing what is best for Americans.

Republican Presidents Ronald Reagan and George H.W. Bush made compromises with a Democratic congress.  That’s how it’s supposed to work but as our party has moved to the right and more ‘purity’ we have lost the battles and the war.  Republicans haven’t won the popular vote since 1988!

Trump has said he is a negotiator and compromiser who will free the gears of government in Washington.  Is that what the Republican party needs now?  Perhaps. While many of us cling to our ‘principles’ we continue to lose and the people of the country continue to suffer.  If conservatives refuse to support Trump, are they prepared for what 8 years of Hillary will do to the country? Are we prepared to lose the Supreme Court for the next 50 years? Are they prepared to flush the lower and middle classes further down the drain for the sake of purity? If Hillary is elected our party is lost. Do we stand on purity and let that happen? Or do we become more pragmatic?

The challenge for Mr. Trump will be convincing voters that he really does mean to improve conditions for working-class and middle-class Americans and not just play to their grievances. If he does, and brings the party along with him, he could be a formidable foe to Mrs. Clinton, especially if the email controversy continues to dog her. But even in crushing defeat, he could be a kind of reverse Goldwater who shifts the party closer to the center. Trumpism, if not Mr. Trump himself, might return the party to the pragmatic conservatism of presidents like Eisenhower and Nixon.

Is the author of the Times piece, Sam Tanenhaus, correct when he writes,

Years of fossilized ideology on the right created this choice, and some conservatives admit it, though it has not made them happy. Mr. Trump’s nomination will mean the demise of “a conservative party as a constant presence in U.S. politics,” the columnist George F. Will warned in December. (Mr. Will has since announced he will quit the G.O.P. and seek asylum among the “unaffiliated.”)

Whatever the outcome in November, this reckoning may be exactly what the party needs. Mr. Trump seemed to say as much in May, as he was closing in on the nomination. “This is called the Republican Party,” he said. “It’s not called the Conservative Party.”

Are Republicans ready to accept that?