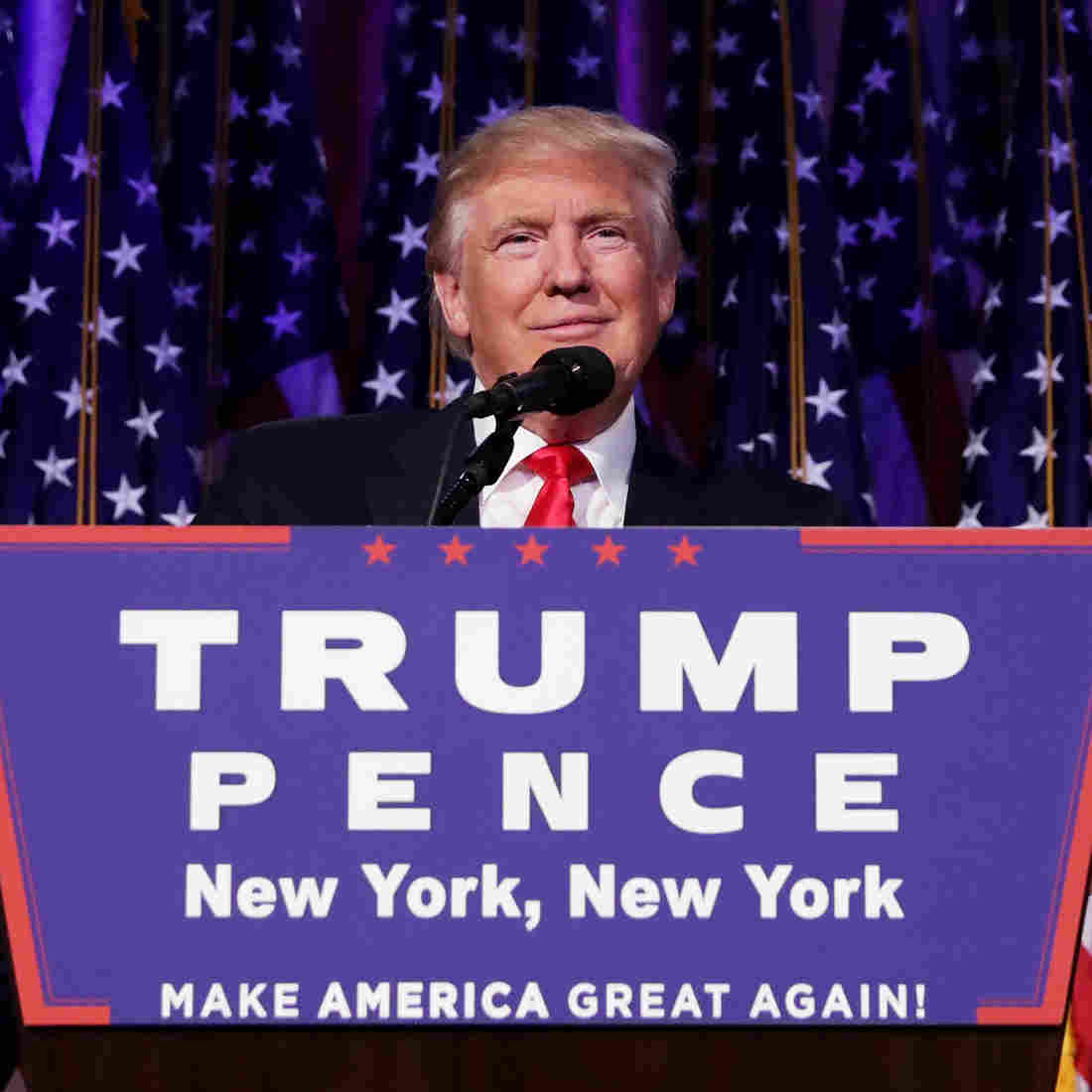 Donald Trump is now President elect, shocking the pundits and what pretends to be the mainstream news media. Here is how he did it.

First, he appealed to the American citizenry to preserve the American nation and Constitution. Mrs. Clinton, on the other hand, espoused global socialism with its open borders, multiculturalism and elimination of the nation state.

Second, he reassembled the Reagan working middle class (silent majority) of Democrats, Republicans and Independents. The GOP establishment post Reagan had abandoned that coalition, and Trump saw and capitalized on the opportunity lost.

Third, he recognized that Obama and the Democrats had overplayed their hand. Essentially, government was not of, by, and for the People but was out of control, corrupt, and generally anti-American in its operations.

Fourth, he recognized the criminal nature of the entire Clinton political machine.  Much credit, of course, goes to wikileaks and Project Veritas for exposing the perversion and lies from the left.

Fifth, Trump presented himself as a rough and tumble leader in the Teddy Roosevelt mode.  Like him or not, Trump attacked political correctness and defended himself against abuse.

Sixth, Trump refused to be beholden to the establishment of either Party.  He recognized that the American people were through with politicians saying one thing, doing another and then apologizing for their inadequacy.

Seventh, Trump saw that illegal immigration, crime and terrorism go hand in hand.   Trump’s wall and suspension of immigration may be simplistic, but nobody else has a better idea.  (Mrs. Clinton would have further exposed the nation to the very mess currently damaging Western Europe.)

Eighth, Trump recognized that the welfare system, including Obamacare, is collapsing, and there are ever fewer business and employment opportunities to prop it up.  Trump’s privatization, tax reduction and regulatory reform plans are intended to vigorously grow the economy by encouraging business formation and development in America.

Ninth, Trump recognized that the Supreme Court has become a judicial dictatorship, and needs to be limited to its constitutional mandate.  Fully half the Court thinks of the Constitution as a “living document” based on social justice and fairness rather than the protection of the freedoms espoused in the Bill of Rights.

Tenth, a great deal of credit belongs to Trump’s advisory team and Reince Priebus.  At the end of the campaign, Trump not only had a message but was consistently on message.  He evolved from boor to almost statesman like during the campaign process.

Should you ignore your constituents long enough, they will vote for someone else who shows leadership and strength against all odds. Now Trump must deliver. Of course, many things said on the campaign may be secondary issues to America, but his first 100 days will tell the tale.

Two things immediately. A Supreme Court nominee and repeal of obamacare. Obviously there are other, school choice, the VA, defense modernization. But he can hit the bricks running with the first two on day one.

I am delighted Trump will be our next president, but here in Virginia the numbers from both Loudoun and Henrico Counties give me pause for concern with the 2017 gubernatorial race and the 2018 midterms (where I’d really like to unseat Kaine).

The good news is, Republican candidates usually do better in off presidential year elections. The Libs are less likely to care as much.

Libs will want blood, and not just for cooking or transfusion.

Pause for concern??? I got a freaking 2×4 between my eyes!

The main reason Trump was able to do this reassembly of Reagan types? You didn’t tell us that. Was it the promise to send the illegals packing, and shut down Communist China cheap imports.

I’ll believe it when I see it.

Or, in summary, to put America first.

I’ll give Trump the benefit of the doubt. However, seeing bus loads of illegal Mexicans being bused south back to Mexico, and seeing Ryan/McDonnell preparing legislation to slap massive tariffs on Communist imported junk would certainly do a lot to shut me up for a long, long, time.

All I have seen so far;
1) Just as Obama has for done for years, Trump calling for massive infrastructure improvements with no way to pay for them, other than tax increases on the middle-class. McDonnell style? Or, of course, printing money or borrowing more money from Communist China?
2) The kissing of Israel’s ass because his daughter married a billionaire Jew.

Step back from the dark side young Jedi.

That’s what bystanders do. They only put belief in what they can see with their eyes.

You’re not getting that cynical trophy from me!!

Eleventh, WE THE PEOPLE got up off our butts and VOTED! It was a thing of beauty to see Trump win w/a clear victory. Thank you America.

And if we want to keep our Republic, we’d better keep standing watch and guard.

The Democrats will be back to undermine the nation. They succeeded with Obama and almost finished the job with Hillary. If it weren’t for WW2, this situation would have played out in the 1940s. It is the new world order totalitarians versus the American nation, and will continue as long as this utopian socialism ideology remains. Europe has got it worse than we do so it is a great model to see.

People need to understand, WE are the term limits. Whether they are good or not, we must vote them out after their third term for Congress, and second for Senate. It is up to us to end the “career politician”. I would like to change the terms to three years for a congressman, and four to be a senator, that will never happen, but allowing these people to remain in DC as a career is the problem, same w/allowing them to be shuffled around from position to position in administration to administration. Comey comes to mind, the list is long, not only that it is their extended family and kids, members of the club that get jobs for each other, the incest is horrendous. Founders set it up for people to do a stint and then go back to private sector, we need to bring that back, and only we the people can do it.

The party could enforce term limits.

And, as a friend said, he also won more that 270 electoral college votes. Go Trump and, thank God, no more Clintons and no more Bushes.

I would count on no more Clintons or Bushes. The next generation of both could run for office.

There are and will always be Clinton and Bushes. They have different names/factions/proponents and still infest the major parties.

The price of liberty is eternal vigilance.

We got lucky, we almost snatched defeat from the jaws of victory (well we succeeded in that in Virginia.)

Our most recent RPV ‘units of the year’ absolutely sucked, most of our electeds and party leadership were embarrassing, incompetent, or both.

Our GOP participation was lackluster, turnout pathetic, and organization a mirage.

We won despite our party ‘machine.’ Individuals within the apparatus and a whole lotta party-outsiders did what needed to be done and worked through and around the party remnants.

Unless a helluva lot changes, we are so screwed next cycle. Surely we can see what happens to those who oppose the Trump vote, don’t be so sure it would favor our kind of Republicans in the future.

The other side now recognizes what happened during this election, they will be working to counter it.

Does what’s left of the Republican Party hear America now?

Any smart politician, I realize that can be an oxymoron, can read the tea leaves of the Trump win. This is the Reagan coalition.

They nod, but with one eye open.