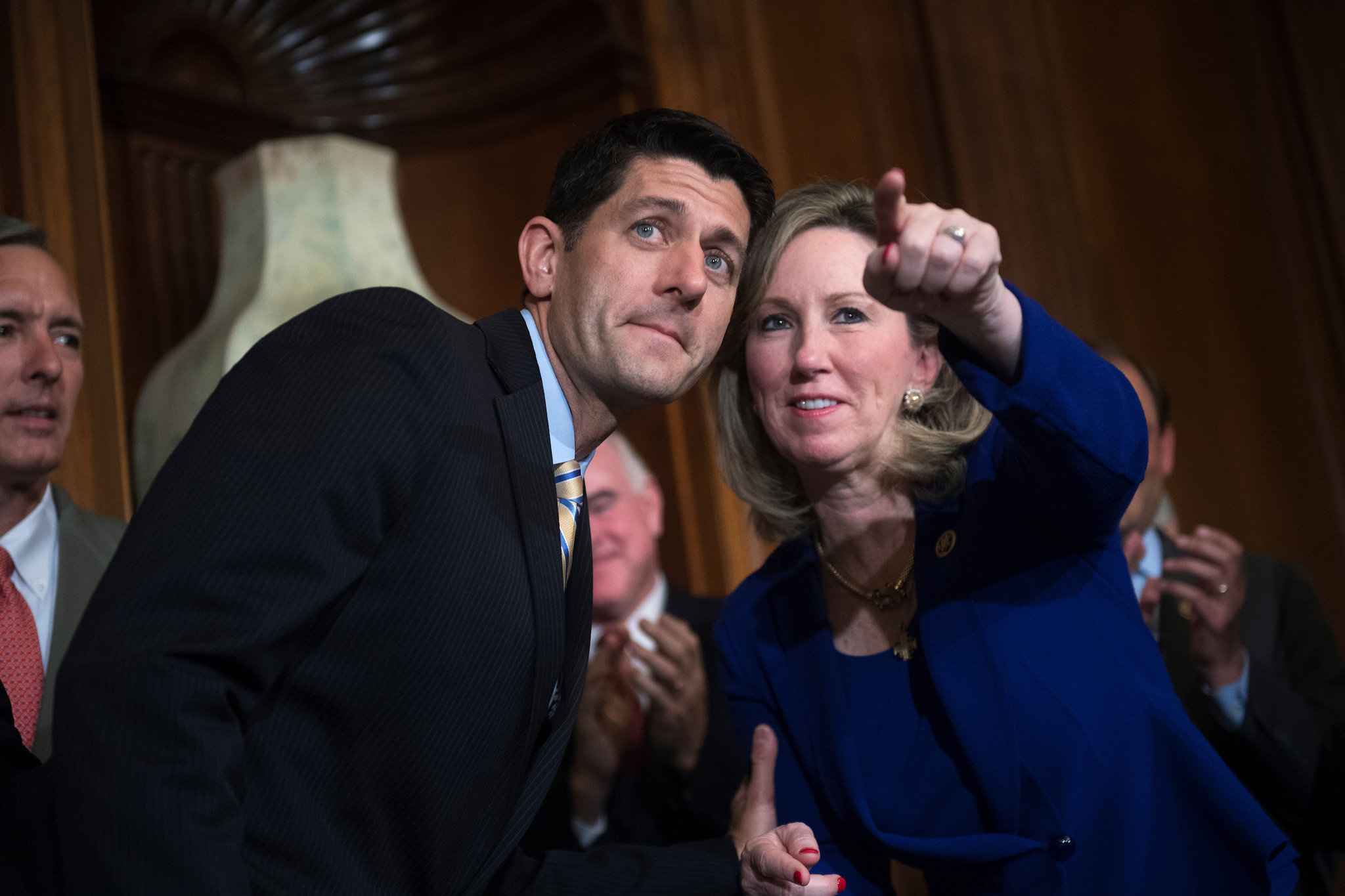 How Virginia’s Republican Representatives will vote today on Trumpcare

UPDATE May 4th, how the Virginia Congressmen voted on Trumpcare here.Â

President Trump and Vice President Pence have worked hard to convince conservative members of the House to support his health care bill.Â Â Trump doesn’t have the votes yet although he may have them when they vote later this evening after compromises with the Freedom Caucus. Â How will Virginia Republicans vote?

Two Republicans will vote for the bill, Rep. Robert Goodlatte of the sixth district and second district Rep. Scott Taylor.

Barbara Comstock, representing the 10th district, has not yet said how she will vote. Â Comstock’s district voted for Hillary and Comstock is likely to be the only Virginia Republican who could face a serious Democrat challenger next year. Democrats and conservatives will not like a ‘yes’ vote from Comstock but sheÂ is close Speaker Paul Ryan, so she’s in a tough position. It looks like we won’t know until tomorrow evening how Rep. Comstock will vote.

How Virginia’s Republican Representatives will vote today on Trumpcare was last modified: May 4th, 2017 by Jeanine Martin

I was on Comstock town hall phone call in Feb.
She was clueless on anything to do about health care.
She is an embarrassment, just rambling on about something.

Yes, but she’s ‘our’ embarrassment.

House Republican Conference Chairperson Rodgers is calling a 7pm conference meeting for tonight and they have procedural votes to deal with later in the evening. This isn’t over for the day yet and in fact if any Ryan shenanigans are being put together behind closed doors this would be the time to try the steamroll – late at night and with reporting media shut down (eg, Pelosi’s dead of night vote on the original Obamacare legislation. Ryan’s Speakership may be on the line here if this all falls away with nothing to show for it but his own intransigence

We now know the answer to the question: There will be no vote at all today.

Even if something gets through the House, won’t the President need democratic help to get it through the Senate? I can think of a handful of Senate republicans that I can’t imagine supporting anything like this, easily enough to sink a pure republican majority in the Senate.

I contacted Barbara Comstock’s office today and encouraged her to vote “No”.

I called and told her she’d better vote with President Trump. I’m betting on an abstention or an aneurysm.

Rep Meadows (R-NC) is still in intensive negotiations with President Trump regarding this bill regarding making it acceptable to the House Freedom Caucus which he leads and which holds 25 no votes potentially enough to kill the bill if it is brought to the floor. This is still going on even this morning and Rep. Brat has publicly supported the effort to find a negotiated path to save the bill. Those are the facts. Here is the strange.

1. Apparently Speaker Ryan is not part of this negotiation and has halted any further participation in any negotiations regarding the bill by either himself or his leadership team since it passed untouched through the Ways and Means and Budget committees.

2. The bulk of this negotiation is apparently focused primarily on bringing down the cost curves of the plan and doing away with Ryan’s revised individual mandate from the Obamacare legislation. A good start but hardly the whole issue with the consultant and insurance industry created plan created behind closed doors with a small group of the Ryan leadership team. Not a close for me but perhaps enough for others.

3. The House Rules Committee (packed with Ryan appointees) has NOT produced any rules of order as of this morning for the actual potential consideration of the bill on the floor. Therefore no one has any idea how the procedures of considering the bill will unfold and more important if any amendments will be considered (that is their role prior to a floor vote).

4. I can’t honestly recall any recent example where a bill was under intra-party discussion with the Speaker, the President and House members all on different pages hours before the vote. It looks like we how have three branches of government involved in this process – the executive, the House congressional and the Ryan branch.

At this point I don’t believe anyone but a very small handful of individuals (< 10) has any idea what is or is not going to unfold today, But it looks to me that the Ryan's "branch" have put themselves out on a limb (pun intended) either through gross stupidly or with a helpful shove from others. We have a Speaker that in effect doesn't control his membership and Trump has stepped into the breach. I suggested something like this a while back here at TBE but we will see how it all plays out. I keep saying that this doesn't look like typical political infighting typical or the beltway but more like the corporate variety that is generally far more brutal and often ends up with someone losing their job. Just an opnion.

Brat’s instincts prove as strong as his predecessor’s were weak. Garrett is surprisingly honest and refreshing.

Everyone please contact Rep. Griffith’s office today and *politely* ask him to oppose the AHCA, and thank him for his service to the Commonwealth. We may yet be able to flip his vote against it.

My Uncle wondered if President Trump was really supporting it to hang Ryan out to dry, because of the bad blood between them? Particularly since October.

Seems like a stretch, but wouldn’t that be something?

If Ryan was replaced as Speaker in the fallout of a defeat like this with someone like a Louie Gohmert, even better.

In the meantime, I’m proud Dave Brat is my Representative.

Comstock will vote against it and conjure up her conscience, pms or some other ailment that she can use for plausible deniability.

Rhetoric based on gender is unpersuasive, even counterproductive, revelatory of character (or lack thereof). Nonetheless, it is your right and you may squander it as you choose.

Sez who and why would I care? Bitching about my character leads me to believe you are a professional female dog but that’s your right, go squat elsewhere.

The dude is right about the chick.

Jonathan — If I were a betting man, I’d lay odds against your premise: Comstock, being the GOP establishment bootlicker she is, traditionally votes for whatever steaming heaps the establishment presents. After all, that’s how one clambers to the top of the heap, and she is, after all, a climber.

I’m not convinced she has a conscience. Her closeness to Ryan is telling as to where here loyalties lie and it isn’t with her constituents.

Mr Donald goes to Washington to drain the swamp and discovers he’s standing in quicksand.