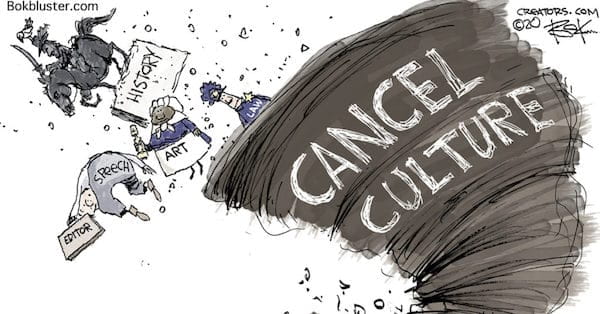 by Ian Prior at the Federalist

In October 2020, I wrote an opinion article for The Federalist entitled “More Va. Public Schools Using Kids As Guinea Pigs For Critical Race Theory.” As a parent in Loudoun County, Va., I had become extremely concerned that Loudoun County Public Schools (LCPS) is being hijacked by rabid radicals eager to spend taxpayer money to indoctrinate teachers and students with critical race theory concepts.

Among the many issues I highlighted included: (1) more than $400,000 in taxpayer money spent on “equity consultants”; (2) an unconstitutional speech code preventing school staff from speaking negatively — both at school and in private — about LCPS’s “action-oriented equity practices”; and (3) unconstitutional discrimination in paying for an “equity” focus group, where participants were chosen based solely on race.

As a parent, a lawyer, and public affairs professional, I was exercising my First Amendment right to question my local government. Certainly, those in Loudoun County on the other side of this debate could have countered my opinion article with one of their own. That is the very essence of the First Amendment: the marketplace of ideas.

But that contrary opinion article never came. What did come, however, is highlighted in this horrifying story by The Daily Wire.

In short, a private Facebook group called “Anti-Racist Parents of Loudoun County” (hereinafter referred to as Chardonnay Antifa) solicited members to help “expose” other parents who had spoken out against the use of critical race theory and “equity” (as opposed to equality) at LCPS. As part of the call to action, one member asked for help in hacking the websites of fellow LCPS parents, spreading information about these targets publicly through mailings, and raising money for these dirty deeds.

Dozens of members of this group started listing their nonconformist neighbors. I was listed by someone I didn’t know for speaking out at a school board meeting about my heartfelt concerns with the speech code. I was listed a second time for my October Federalist op-ed by a neighbor who frequently takes to social media to attack everyone who does not agree with her worldview.

While those posts are certainly annoying to see, it is her constitutional right to express on social media or any other medium as many negative opinions about me as she wishes. But you don’t need a J.D. from the Holiday Inn Express Law School to recognize that soliciting assistance to potentially commit cyber-crimes against people solely for exercising their right to speak —and providing targets for destruction — is not protected by the First Amendment.

These proposed dirty tricks may violate a bevy of laws, including Virginia’s criminal solicitation law, the Computer Fraud and Abuse Act, and ironically a Reconstruction Era civil rights statute prohibiting a conspiracy to “injure, oppress, threaten, or intimidate any person the free exercise or enjoyment of any right or privilege secured to him by the Constitution or laws of the United States, or because of his having so exercised the same.”

As insane as this part of the story is, there is a larger concern here. It is important to understand that being “anti-racist” is not the same as being “not racist.”

The large majority of tolerant people, myself included, put themselves squarely in the latter category. They believe that the color of someone’s skin is as relevant as the color of his eyes or hair. They have been raised to be color-blind and live by Martin Luther King Jr.’s maxim to judge a person by the content of his or her character, rather than skin color. These people believe in race-neutral policies that have the ultimate goal of equal opportunity for all.

Those who pose as “anti-racist” claim that systemic racism is present in nearly every conversation, interaction, organization, and so forth. They aggressively advocate for race-based policies that inflame, divide, and deliberately destroy longstanding norms, language, and institutions.

While many do not subscribe to the “anti-racist” mantra, that does not mean they are wrong or right. That is what civil debate in the marketplace of ideas is for.

Unfortunately, the Loudoun story is an example of what happens when people become radicalized by non-stop gaslighting from nefarious leaders, cable news hosts, celebrities, and people who say things on social media they wouldn’t dare say at a cookout. Throw in the social media algorithms and you’ve got an army of liberal lemmings willing to start secret cabals to bring down anyone who dares raise concern.

So what are parents to do? Well, I helped start a daily newsletter called the Daily Malarkey that frequently highlights the absurdity of cancel culture. Here is what we said about this the other day: “The Cancel Culture war isn’t limited to politics and the media. It’s in your neighborhood, at your kids’ schools, and on your social media channels. In the past, you could generally avoid drama by keeping your head down, but when you’re dealing with a group that literally creates a blacklist, there is no safe space.”

This cancel culture cancer is coming for you, whether you know it or not. It’s not about your political affiliation. It’s not about your worldview. It’s about the radicalization of everyday people whose inner turmoil will be directed at you, for whatever innocuous thing you might do to offend. It’s being fueled by Big Tech, irresponsible political leaders, and perhaps a dash of foreign influence campaigns.

Whatever you do, don’t back down. Go beyond the politics and read the work of James Lindsey, Chris Rufo, and Bari Weiss. If you are conservative, don’t be afraid to read Matt Taiibi just because he is liberal. If you are a liberal, don’t scoff at reading Andrew Sullivan because he is a conservative.

Seek out information about critical race theory in schools and learn why it’s unconstitutional and racist. Send open records requests, go to school board meetings and speak out, and substitute unproductive social media fights with letters to the editor at your local paper.

Ian Prior is the cofounder of DailyMalarkey.com, a former principal deputy director of public affairs at the U.S. Department of Justice, and a Loudoun County resident.

How Writing A Federalist Article Put Me On Chardonnay Antifa’s Cancel List was last modified: March 20th, 2021 by Jeanine Martin