[UPDATE – 09/19/14: I retract the portion of this story that deals with Medicaid expansion.Â  Subsequent events suggest the September reconvening of the special session was undertaken to provide the Governor an act of appropriation, not to make it politically more difficult for him to offer an aggressive Medicaid expansion plan.Â  I apologize for the error.Â  More details here.]

Republican leaders in the General Assembly announced this afternoon that the House and Senate will both convene in late September to consider Medicaid expansion. In a joint press release, Speaker Bill Howell (R-Stafford) and Senate Majority Leader Tommy Norment (R-James City County) had this to say:

Throughout Governor McAuliffeâ€™s unnecessary budget impasse, I and other House leaders consistently expressed our commitment to a full and fair debate on the Medicaid expansion under the Affordable Care Act,â€ Speaker Howell noted. â€œWe intend to honor that commitment by reconvening in September of this year.â€

â€œAgreeing to hold a session on this issue was essential to resolving the budget standoff,â€ Senator Norment remarked. â€œAlthough I remain to be persuaded that Medicaid expansion would be the right financial decision for Virginia, any decision to enact a change this major would require the General Assemblyâ€™s approval.â€

There are some key political advantages to this strategy.

When Governor McAuliffe issued his attempted line-item veto of budget language prohibiting any “appropriation or expenditure” to expand Medicaid (the handsomely-named Stanley Amendment), he nonetheless directed his Health Secretary Bill Hazel to devise an administrative plan to close the so-called “coverage gap” by September 1. By setting the legislative debate on Medicaid to begin the week of September 22, Norment and Howell have increased the political cost to Gov. McAuliffe should he decide to act on that plan. The thinking here is that the Governor would look entirely unreasonable if he were to act when the General Assembly has indicated willingness to take up the issue in a fair and open debate, this time without holding the budget hostage. 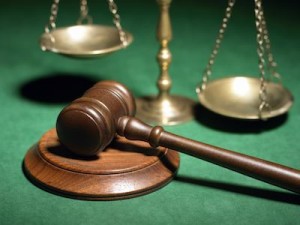 Second, this keeps the current special session alive until at least September, meaning the General Assembly retains maximum control over the judicial appointment process. The current session is not being adjourned, only recessed. As long as the General Assembly remains in session, the Governor cannot appoint judges. Extending the session means judicial appointments can wait until Senate Republicans have an absolute majority with the expected August election of a new Senator, Ben Chafin, to replace the resigned Phil Puckett.

Finally, a session devoted to debating Obamacare has the salutary effect of helping keep the spotlight on Mark Warner’s record supporting the president’s healthcare boondoggle—just as the Gillespie/Warner contest heats up this fall. This only works, of course, to the extent Republicans remain united in opposing entrenchment of Warner’s mistake. Thus, GOP legislators will have the added pressure of not wanting to undermine our Senate nominee by caving on the disastrous policy that we need to hang around Mark Warner’s neck.

For these reasons, today’s move by Norment and Howell is very positive. More importantly, though, Virginia’s taxpayers are entitled to a free, open, and honest debate about Medicaid expansion, in contrast to the Medicaid mess created in 2013 to facilitate passage of Gov. McDonnell’s tax hike and transportation spending scheme. We’re looking forward to some long overdue transparency this time.

Will we see a return among some Republicans of the “reform and then expand” mantra that has been dormant since January? Perhaps. But now we can debate it without the MIRC and budget language shenanigans that so clouded the debate in the run up to last month’s showdown.

[…] We know this bill was in the works since shortly after the effort to sneak through language allowing the Governor to expand Medicaid on his own was quashed back in June, and that the reconvening of the special session in September—which was ostensibly to hear debate about Medicaid expansion—was really just a vehicle to get another appropriations bill passed after July 1, 2014. […]

[…] I have promised certain parties a retraction if it is proven that my suspicions are misplaced.Â  That promise stands.Â  I expect the Governor will act to expand Medicaid on his own.Â  I suspect that will happen sometime after next spring’s primary contests, likely just after the end of the fiscal year, which is why Democrats were beaming like Cheshire cats when the appropriation bill passed yesterday.Â  If events or additional information prove that to be wrong, I will issue a retraction and an apology.Â  In the meantime, I retract a portion of this post: Howell, Norment Outmaneuver McAuliffe on Medicaid and Judges. […]

Good points all. Hope Republicans keep the focus on the disaster expansion would be for VA. 1. The massive fraud which still exists in Medicaid (despite the Dems’ claim otherwise), 2. How expanding Medicaid would bankrupt VA (despite the Dems’ blather of “free money”), 3. The many doctors who even now don’t accept Medicaid so there’s no way we can possibly put another 400K people on the system. Added bonus: spotlight Dems’ hypocrisy here – e.g. Comstock’s opponent, Foust – whose doctor wife does NOT accept Medicaid.

And as you also pointed out – tying this all around Warner’s neck heading into the election is sugar on the top.

The logic of this seems very clear and reasonable so why do I have this boding sense of unease in Republicans letting this issue linger in the Virginia political environment. For all Governor McAuliffe’s lack of experience in the legislative end of the Commonwealth he does bring to the table one very abundant talent – cunning and the knowledge of how to deploy the vast media and party resources close by across the Potomac. Giving him time to regroup and re-propose carries risk. If one thing the Obama years have driven home to me is that the progressive mindset is driven by an adversarial model. A continuing debate is valuable only if you have both sides willing to listen and potentially compromise on a given situation. I see no evidence of that being a reasonable outcome to expect in VA based on other ACA Medicaid legislative discussions held to date in several states across the nation.

“…the progressive mindset is driven by an adversarial model.”

You can’t put too fine a point on that, Lawrence. The Democrat Party of America-loving leaders like Daniel Patrick Moynihan, Sam Nunn, Bob Kerry, etc, has died.

And I’d go you one further than “adversarial,” because that describes our legal system. I’d say — and I know this upsets some people — a “protofascist model,” relying on extra-legal and mob actions to drive outcomes.

I recently watched Juan Williams interview Bob Goodlatte on illegal immigration. Bob talked about the actions his committees would take, the meetings they would hold, the resolutions they might pass, etc, but he and Juan never addressed the massive invasion of the border HAPPENING AS THEY SPOKE. Bob was talking about how he intends to use the system, while the Democrats have basically won the argument with direct action. It was like watching a sheriff speaking to a reporter on camera while the inmates can be seen escaping in the background.

I’ve never been a legislator, and I know many of our folks are trying to do right, but I don’t think many of them comprehend what they are dealing with in the modern Democrat party.

YES, redistricting the Senate! There is no valid reason for Barbara Favola to have any foot set in Loudoun County!

I thought the Circuit Judges were elected. . .

Circuit Ct judges are “elected” by the GA, when the GA is in session. When the GA is not in session, the Gov has the right to appt. that judge must be confirmed at next GA session.

So – I surmise that the Governor’s staff would be actively vetting, running background checks and doing all of the interviewing prior to appointment… just like the Sub-committees and the CJC does prior to bringing the candidates before the GA for the up/down votes? Unless these were Appellate spots, I would think that the Governor appointing Circuit Judges would be a pure “debacle” without such an infrastructure as is built into the committees.

oh, i think the Governor has resources to find judges. there are several hoops to jump thru

He could place a couple – but Circuit Court Judges have to be residents where their bench is. He cant put people from just anywhere – is my understanding. So, pontificating… he would be highly dependant on the local Democratic Committee to place people on benches. It would be a debacle less a 1/2 way legitimate vetting process.

September is also when the new health insurance premium rates are supposed to be announced.

“So far, although no state has finalized its rate, 21 have posted bids
for 2015. Average preliminary premiums went up in all 21, though only a
few by double digits.”

While they’re at it, re-redistrict the Senate!

No expansion until we see if we can afford it . You can’t trust Obama as far as you can spit nor can you trust his Mini Me McAuliffe to keep their words on anything. As far as I’m concerned both of them lie as well as they breath I just as soon trust a Cottonmouth as those two at least with the snake you know that what you see is what you get !