Howie Fires Back at Speaker Howell on Comstock and Medicaid 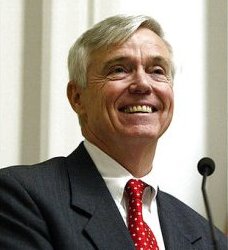 I posted last night about how I thought Howie Lind’s attacks on Barbara Comstock were over the top. Lind’s radio ads say, among other things, “Comstock’s endorsed McAuliffe’s Medicaid Expansion and promises to vote for it,” when in fact she has never taken a position or voted in a way to support such a claim.

I’ve taken heat on this from friends who say that Comstock is among the crowd in Richmond who will enable or allow Medicaid expansion (e.g., by not fighting to strip the Governor of the practical ability to expand Medicaid on his own), unlike Del. Bob Marshall (R-Prince William). In fairness, her website did have troubling language in this regard, particularly where it said,

Delegate Comstock has continued working with her colleagues in the General Assembly to find workable reforms so that Medicaid can be expanded without unduly encroaching on other important areas of the budget such as education and transportation.

I called out that stance here. Now let’s look at “McAuliffe’s Medicaid Expansion.” All through the campaign last year (when the offending bit of material was placed on Comstock’s delegate campaign site), McAuliffe argued for straight-up Medicaid expansion as set forth in the Affordable Care Act. He cares about “reforms” only to the extent he must, namely as a way of getting Republican support for expansion. He even threatened to shut the government down if he didn’t get what he wanted this year, promising not to sign a budget that did not contain Medicaid expansion.

During last year’s legislative session, when Medicaid expansion was enabled (a word that is distinct from “enacted”) in the budget, Del. Comstock voted against it. She and Bob Marshall were among only 17 delegates who did so, and they did so because it opened the back door for basically full-on Medicaid expansion. In the time since then, Comstock has spoken out against expansion, and has suggested that real, fundamental reforms (referring at times to those floated by Mike Thompson) that go beyond the window dressing contained in last year’s budget would be necessary for her to support any expansion.  As I wrote previously,

[Comstock] has emphasized in virtually every public statement that she is opposed to Medicaid expansion AND favors reform of the existing Medicaid system before she’ll consider revisiting that decision. Our further investigation suggests that the paragraph quoted above is indeed anomalous in this broader context…

I would prefer that Barbara Comstock simply say that she opposes the entrenchment of an unaffordable, unworkable, and unjust healthcare system put in place by Obamacare. I would prefer that she take a stance against it more akin to Bob Marshall’s, and vote for budget language to stop the Governor. But she hasn’t, and that is a strike against her in my book. What she has done, though, is consistently oppose the unmitigated expansion advocated by Terry McAuliffe—quite the opposite of promising to vote for it.

That said, Howie Lind makes some valid points in his response, and in fairness to him and to 10th District voters, below I have reprinted in-full a rebuttal letter he wrote to House Speaker Bill Howell. Though I did not comment on this aspect yesterday when Howell’s letter was released, I find Howie’s letter particularly compelling where it addressed the insinuation of racism on his part for opposing the inclusion of a debate panelist who is a well-known Comstock supporter (BTW, Terrence Boulden is a great guy, and a friend of mine).

I am in receipt of your letter and welcome the opportunity to discuss the facts outlined in my most recent radio commercial.

First, let’s talk about everything in the ad you did not question.

The only line in the commercial with which you have an issue is the sentence “Comstock’s endorsed McAuliffe’s Medicaid Expansion and promises to vote for it. It’s right on her website.”

Now actually it isn’t anymore. Delegate Comstock’s staff scrubbed it off her page once these ads began running. I don’t need to send you copies of the “before” and “after” screenshots to explain that the statement that “Comstock’s endorsed McAuliffe’s Medicaid Expansion” and “promises to vote for it” are true.

If this is not true, then Delegate Comstock owes voters an explanation of why she changed her website and what kind of “expansion” of Medicaid she was talking about on her website.

I don’t really care how many meaningless party line votes are taken “opposing” expanding Medicaid here in Virginia, there’s no doubt that Delegate Comstock will vote for this expansion if her ambiguous vague “reforms” are met, or even just promised.

I said in my commercial that Republicans are demanding conservative leaders who will stand up for what we believe. I wish Delegate Comstock would take a stand and say why she said she wanted to expand Medicaid (if “reforms” are “implemented”) as recently as Sunday night and suddenly doesn’t want to expand it five days later.

Everyone reading this letter knows that whether Barbara Comstock wins or loses on April 26th, she will “study” the issue and determine, as you will, that sufficient “reforms” have been promised so that Medicaid could be expanded.

And why? Because some kind of irrational fear of voter backlash against a government “shutdown.” I call this “gun to the head politics.” And you, Sir, are in the perfect position from preventing it from happening right now in Virginia.

Now please let me address the points in your letter.

While we’re on the topic of false statements, Mr. Speaker, I would like to address another matter you may not be as familiar with.

The Washington Times earlier this week exposed Delegate Comstock’s decision to vote in the February 12, 2008 Democratic Primary for President and her vote, according to her own admission, for Barack Obama.

Delegate Comstock said her vote was in support of Rush Limbaugh’s “Operation Chaos” (Washington Times, 4/7/14) and was repeated in a statement emailed to reporters (Washington Post 4/10/14).

Only there’s a few problems here.

So here’s what we have. Delegate Comstock outlined on her website the conditions she would support Medicaid Expansion. Then, when her position was exposed, she rewrote her site with the proper campaign-approved lie.

Then she made misstatements again by trying to say her vote in the Democratic Primary was about “Operation Chaos” when in fact the phrase didn’t even exist on February TWELFTH 2008 and concerned votes for HILLARY CLINTON and NOT Barack Obama.

So Mr. Speaker I am now going to request you do the honorable thing and apologize to me for your false accusations and seriously review why you are interfering in a race that last I checked you cannot vote in.

It is your tactics and actions that are causing actual harm to fellow Republicans. Ken Cuccinelli, E.W. Jackson and Mark Obenshain are good men who were brought down last year because Republicans like you made a conscious decision to sell out on taxes.

Frankly I resent being lectured by people responsible for this tax hike that has put us in the predicament we are in today, with Terry McAuliffe as Governor.

Thank you for your concern about my campaign. Rest assured this is not going away. Everything you’ve just read will be in my next ad because everything I’ve said is true, unlike what Delegate Comstock has said on the issues above.

Republicans are fed up with enabling people out to destroy our country. This year we are fighting back.

P.S.: It’s not “Reagan’s Eleventh Commandment.” It was created by California GOP chair Gaylord Parkinson in response to personal attacks against Reagan by his primary opponent, former San Francisco Mayor George Christopher. Reagan “followed” it until Gerald Ford beat him in four primaries in 1976. Richard Viguerie just wrote an excellent piece about how The Gipper turned it around in North Carolina by telling the truth about Gerald Ford. The rest is history.