Howie Lind, a candidate for Congress in the 10th district, has issued the following statement, urging Bob FitzSimmonds to remain on the Republican party’s State Central Committee in his role as treasurer: 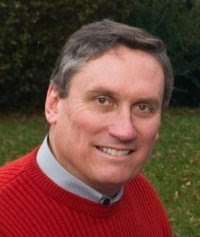 LIND CALLS ON FITZSIMMONDS NOT TO RESIGN

â€œI am thoroughly disgusted with the way people are almost gleefully piling on Bob after he apologized for using a poor choice of words in a Facebook post that he took down,â€ Lind said.

â€œAnd I am even more disgusted with the chorus of Republican elected officials who are calling on FitzSimmonds to resign, said Lind. â€œThe Republican Party has become the party of panic and the panic seen here is typical of why Republicans lose and Democrats win.â€

â€œBob has issued his apology and anyone who knows him knows he meant no ill will by his comments,â€ Lind added. â€œThe people who should apologize are those who in haste and panic called for his resignation over a minor slip of the keyboard.â€

Lind added that â€œwe all make mistakes. Â None of us are perfect. The only perfect person died on the cross 2,000 years ago. Let those who are without sin cast the first stone. The rest owe Bob an apology.â€

I couldn’t agree more. Â Our Republican leadership has badly handled this. Â What was a minor mistake, one that wasÂ quickly fixed and apologizedÂ for, has become an issue so large that even theÂ Washington Post hasÂ reported the story. Â It’s ridiculous and makes our party look ridiculous. Â These establishment Republicans in Richmond need to stop this faux outrage on behalf of women when no women feel outraged. Â The GOP leadership created a problem where none existed. Â Even more infuriating is the party leaders KNOW that Bob FitzSimmonds would never knowingly use vulgarly. Â  We can only speculate as to their motivations for their and why they want to destroy the reputation of a fine, principled, moral, conservative. Â Black Velvet Bruce Li has also weighed in on the subjectÂ here. Â Â  I applaud Howie Lind for issuing this plea for Bob FitzSimmonds not to resign his position as Treasurer of the Republican Party of Virginia.

Howie Lind is one of several candidates competing for the GOP nomination to replace Frank Wolf in Congress after Wolf announced last month he would not be seeking reelection. The nomination will be decided at a party canvass, also known as a Firehouse Primary, on Saturday, April 26th.

Where these me raised in the gutter? Have they no shame or class? Howie should be ashamed of himself. I wonder how he’d take it if someone talked about one of his daughter’s like that. Shame on them all.

That’s the thing, PJ…no one talked about someone’s daughter “like that.” It has all been a gross distortion. http://thebullelephant.com/anatomy-four-letter-lie/

Why can’t we say it was disgraceful and pay the price for either stupidity or malice?

Excuse me Ms. Martin, but do you know Howie’s wife? Did she give you this information and give you permission to speak for her??? Or did Howie Lind feed this information to you and you are just taking it as truth? I’d be very interested to know.

“no women feel outraged.” And do you speak for ALL women? Howie Lind has his own problems with treating women with respect. Ask Lind’s wife about his mistress. So Lind is not one to balk about a little thing like using a vulger slang term for female genitilia in a Facebook page. How about both FitzSimmonds AND Lind go? Neither one are a credit to the Republican Party.

Howie has been legally separated from his wife for many years. Neither have any concerns about who the other might date. Bob FitzSimmonds used the wrong word for which he has apologized. No woman has expressed outrage over Bob’s mistake or Howie’s separation. It’s only men, with their faux outrage on ‘behalf’ of women. Ridiculous.

It is people like you sir who make our party look bad with your false accusations.