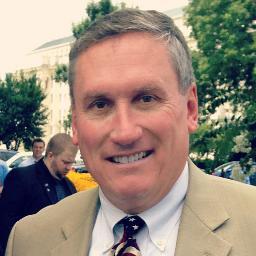 U.S. Senate candidate Howie Lind takes aim at those who take aim at the grassroots.

Howie Lind is a retired U.S. Navy Commander, and he’s not believing for a second the “military rights” justification put forth to support the current effort in the General Assembly to ban nominating conventions, canvasses, and mass meetings in favor of state-run open primaries.

Responding to our challenge to fight these unconstitutional bills, Lind today sent out a blast email to supporters statewide with the following message:

Conventions are once again under attack – this time by Virginia’s General Assembly.

These politicians want to ban nominating conventions and eliminate our Party’s right to decide how we select our own candidates. I cannot stand by while our 1st Amendment rights are undermined.
…
Today, I’m asking you to call your State Senators and Delegates, and tell them to vote against House Bill 194 and Senate Bill 507. Click here to find your legislator’s contact information.

Tell them this bill aims to damage conservative candidates like me who aren’t members of the party elite.

Lind is in good company with his strong, principled stand. He joins fellow candidates Shak Hill and Ed Gillespie, as well as countless other Republican leaders from around the Commonwealth, in denouncing this unjustified intrusion on the rights of the political parties.

Well done, Howie! Thank you for your leadership on this issue.