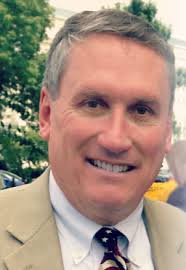 Former Chairman of the 10th district and candidate for Congress, Howie Lind, shares his opinion on the impending vote to in the General Assembly to join the call for a Constitutional Convention:[read_more]

Now we have Delegate Scott Lingamfelter and Senator Dick Black shooting spit-balls at each other.  What is going on here?  The top goals of all conservatives are to force  adherence to the US Constitution, and connected to that, is to rein in the federal leviathan, right?

And the Convention of States advocates say the only way to do this is through a Constitutional Convention that may take years and years to happen, if at all.  But we have right before us, the very means to do this — it’s called the US House of Representatives.  They have been given the exact power to do the above 2 things.  But our “leaders” in Congress aren’t using their power because they’re too afraid of being called a racist and a bigot for taking on Obama, and they don’t want to be blamed for shutting down the government.  In short, our Congress-people don’t have the guts to stand up and shout from the rooftops to tell Americans that they aren’t going to take this anymore.

The supporters of a Constitutional Convention should be demanding the removal of John Boehner and Mitch McConnell for allowing Obama to continually trash our Constitution, and for breaking their campaign vows of repealing Obamacare and defunding Obama’s amnesty.

Well said Mr. Lind. We have a remedy, the Constitution gives us one, but our leaders are afraid to use it. A new amendment or two won’t insert backbones into our ‘leaders’ on the Hill.