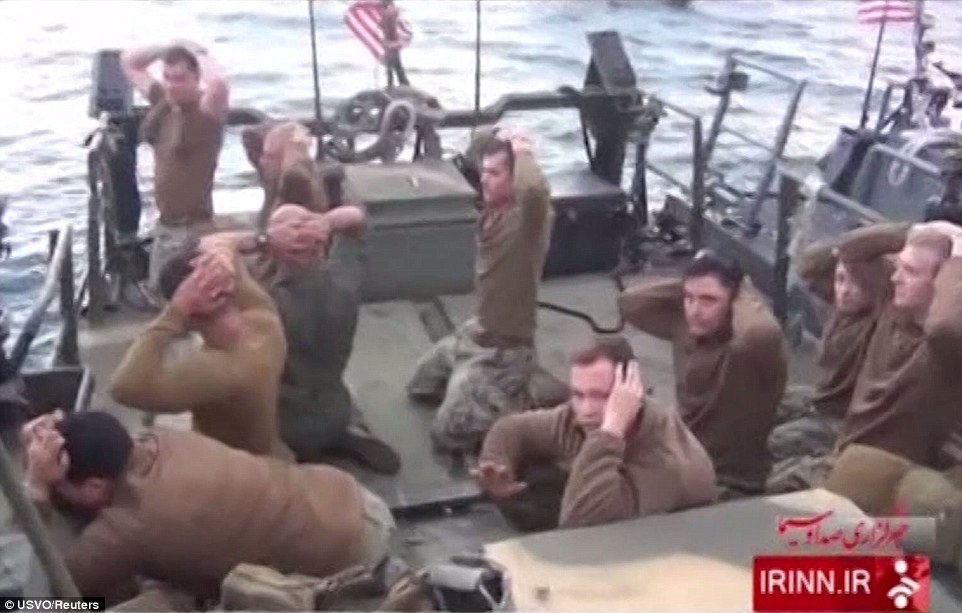 How’s That Iran Deal Working out For Us?

So…how’s that Iran deal working out for us?  Do you feel safer yet?  Does the “diplomacy” we have developed with Iran wrap around you like a big, fluffy blanket keeping you warm at night?  Do you bask in the glow of our glorious leaders and their brilliance in bringing peace to the region?

Let’s take stock of where America stands in terms of its strength and influence in the Middle East:

We have capitulated to Iran on a deal that will lift U.S. sanctions, give billions of dollars to Iran that they can use to continue sponsoring terrorism around the globe, and does absolutely nothing to stop Iran from developing nuclear weapons.  To add insult to injury, the deal has never even been signed by any Iranian official, and apparently does not need to.  The deal is not legally binding on Iran, yet we are going to lift sanctions anyway.

Ever since this deal, the Iranians have been crowing about their complete victory over the United States, and they are feeling their oats.  They have continued to arrest more American citizens on charges of spying and dissidence.  They have fired missiles dangerously close to U.S. warships in a blatantly provocative stunt.  More recently, they just surrounded and boarded two American Naval ships and took their crews hostage, only returning them after the captain of one of the ships apologized on camera.

Why is Iran doing this, you may ask?  It’s simple.  They have taken Obama’s measure and found him unworthy of respect, and they want the whole world to know it.  They are showing the Muslim world that they are not afraid of the “Great Satan” and are proving it by deliberately attempting to provoke a response from the U.S., knowing that response will never come.  They know that Obama is more concerned with his ‘legacy’ and the Iran nuclear deal is a major part of it.  He will never do something that would look like a repudiation of the new “diplomacy” his deal is supposed to have created between the U.S. and Iran.

With every incident like this the United States looks weaker and weaker, and Iran looks stronger and stronger.  This aggression is a signal to Iraq, Syria, Egypt, Jordan, and every other Middle Eastern country that Iran is now the dominant power in the region, and will soon be a nuclear power.  Where does America stand?  Weak and diminished, and either unable or unwilling to defend it’s interests in the region.  Our allies in the Middle East now have a difficult and dangerous choice to make.  Do they stay allied with a disinterested United States, or do they side with Iran?

There is hope for the future, however.  The last time Iran was acting like this towards America was 36 years ago.  In 1980 Iran held American citizens hostage and laughed in the face of a weak President Jimmy Carter.  But along came a strong, principled, conservative Republican named Ronald Reagan who swept the country in a blowout election.  Iran realized they now faced a president who was not going to be pushed around, and would stand up for American and her people.  Before Reagan was even sworn in the Iranians let the hostages go.

It is always darkest before the dawn, and we have the chance to bring a new Morning in America.  Let’s not waste it.

How’s That Iran Deal Working out For Us? was last modified: January 14th, 2016 by Mick Staton

You would think Mick, that the Iranians would not have been so brazen a week before the sanctions were lifted as to capture these patrol boats.. Shows what a great deal Obama got.

Hey now, you’re not giving credit to Obama for his awesome negotiating skills. Look at the deal we got with Bergdahl, we opened up Cuba so they’ll prosper without having to change anything, he just signed an environmental agreement which will redistribute our wealth around the world while China gets to think about it’s role for another 15 years, Iran gets to hang onto several American citizen prisoners and in exchange we also give them $100 billion. Once you realize that Obama is on the other side, it all makes sense. #ObamaWorstNegotiatorEver

Something about this story just doesn’t add up. Two boats with the latest GSP technology and 50cal quad mounted BOTH somehow disabled (possibly running out of fuel !?) a mile into Iranian territorial waters off of Farsi Island a major revolutionary guard military installation. I have to believe there are very strict rules of transit in what is considered a potential hostile Gulf area so this is one of the poorest examples of military chain of command and control on recent record or there is some other game afoot we haven’t been told about. One thing I’m fairly sure of is these personnel were not in that particular area freelancing and the oops we both ran out of gas excuse stretches my sense of credulity. For those of you that have served in the military does this pass your smell test? I keep recalling the Gulf of Tonkin.

Our guys were obviously there to surveil something. Given the small size of the craft, the location of the boat, and the number of sailors I have not doubt these are SEALs that got compromised by mechanical failure.

It’s working as well as every other foreign policy effort Obama made.