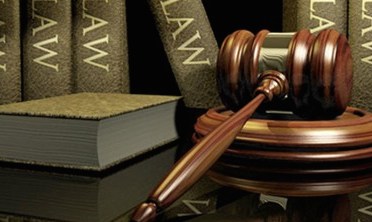 In the spring session of the General Assembly, Del. Mark Cole (R-Spotsylvania) introduced a resolution addressing the fact that Attorney General Mark Herring has failed to advance the interests of the Commonwealth in defending Article I, Section 15-A of the Constitution of Virginia. That resolution now appears poised to gain majority support among House Republicans.[read_more]

The underlying issue here is that in the suit against Virginia’s marriage amendment, passed by roughly 70% of voters in a 2007 referendum, the Attorney General not only failed to defend the amendment, but he essentially defected to the other side (potentially to pander to his base in advance of 2017). It is not unprecedented for the AG to find a conflict in his representing a particular position. In those instances, he is supposed to appoint counsel to act in his stead. If the AG doesn’t act on that, then the Governor has the ability to appoint counsel faithful to the Commonwealth.

Both of those mechanisms have failed to result in the Commonwealth being adequately represented. The Cole resolution would address this by directing the House Speaker to appoint counsel for this purpose, and to petition the court to replace Herring with counsel faithful to his client, the people of Virginia.

Folks, this isn’t about where you stand on gay marriage. This is a simple matter of the rule of law. It is one thing if an attorney general feels like his own conscience or even the U.S. Constitution prohibits him from providing a vigorous defense of his client. It is an entirely different matter for that attorney general to act as judge and jury by kneecapping his client’s case and not appointing counsel who can defend his client’s interests. If this precedent is allowed to stand, imagine the potential for lawlessness in the future on any number of issues!

Because of this, Cole’s resolution is picking up steam among House members and a broad coalition of social and rule-of-law conservatives. Within the past couple of days, blast emails in support of Cole’s measure have come from the Family Foundation, former Lieutenant Governor nominee E.W. Jackson, and Public Advocate. Former Lieutenant Governor candidate and current Delegate Scott Lingamfelter (R-Prince William) also came out in strong support, as have Dels. Brenda Pogge (R-James City) and Bob Marshall (R-Prince William). I understand there are others on the way.

Unfortunately, Cole’s resolution may not be allowed to come to the floor of the House for a vote, in favor of a resolution that only addresses appointing counsel to defend against any abuses by the Governor on Medicaid expansion (very much a worthy goal). But Cole’s bill covers both Medicaid and the defense of a Constitutional amendment, and should be allowed to see the light of day.

If we don’t have the rule of law, we have nothing.

[…] As we’ve written previously, Virginia Attorney General Mark Herring has refused to defend the marriage amendment in court, and has in fact sided with those seeking to have it overturned as being in conflict with the U.S. Constitution.Â  The resolution passed yesterday was prompted by Herring’s refusal to hire counsel to take his place and ensure that his client receives adequate representation. […]

No matter what the Constitution doesn’t mention anyone having the right to marry. Marriage is a states rights issue always has been . The Constitution was written to define specific powers given to the federal government by the people all other powers are left to state governments and We The People .

Hogwash. marriage is a legal action that entails all sorts of financial and economical benefits. as such, the US has an interest in the conversation.

So what is the Loudoun GOP view on this? For personal freedoms without govt intervention into individual decisions or for big govt dictating views and life styles?

I have no idea how all members of Loudoun County Republicans view any subject. We don’t speak for LCRC but most republicans want less government in our lives.

Great. Then most want the silly marriage bans to go away, correct?