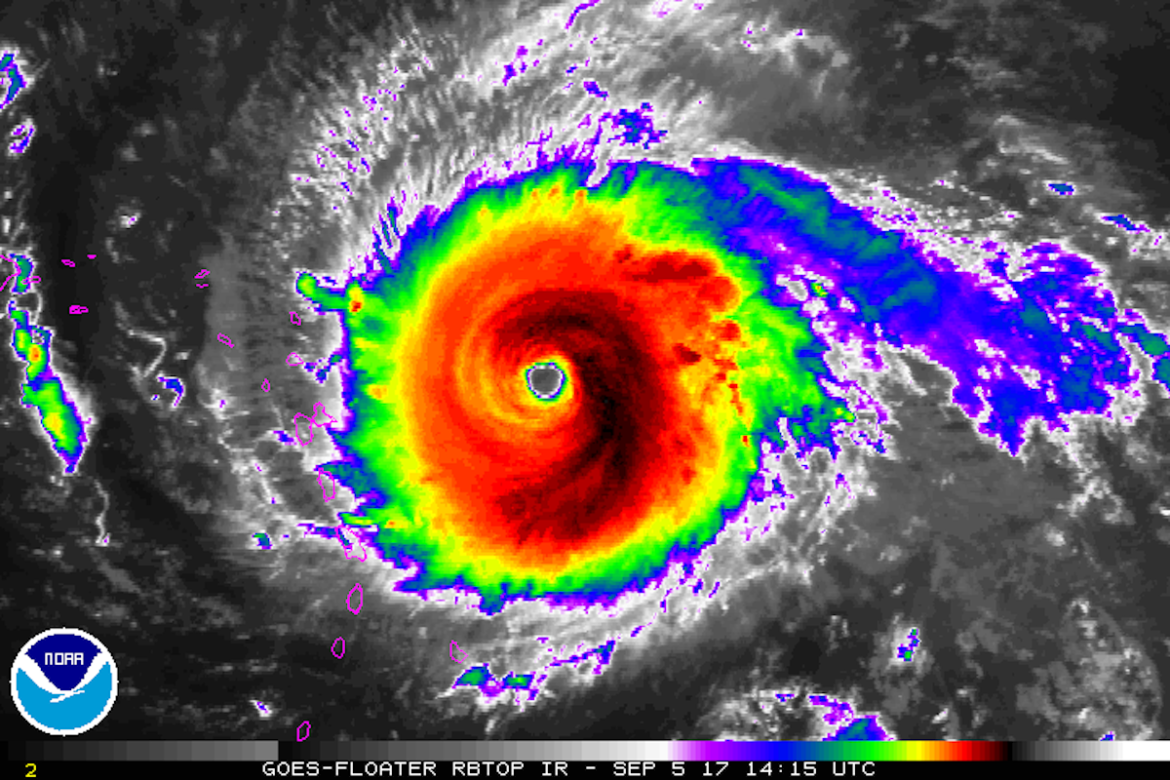 When I was a child, my dad took me to see the damage a hurricane can do.  It was quite impressive to a kid to see pieces of a broken 2×4 stuck into a telephone pole.  I couldn’t even imagine how such a thing could happen.  A month later, we went to the beach to see the impact of the hurricane.  I remember driving for miles seeing an occasional chimney, a toilet sitting on a drainpipe, and absolutely no houses.  A few years later, my mom sent me to the local grocery store to buy some milk during a lull in a hurricane.  I opened one of the glass doors and the door on the opposite side of the store imploded sending glass everywhere inside.  Fortunately, nobody was hurt.  Lesson: hurricanes are nothing to play with or taunt.  They are powerful and terrifying.

This past month, Hurricane Harvey devastated Houston.  Between the winds and flooding with up to 50 inches of rain, Americans were all treated to another significant display of nature’s fury.  It will take Texans weeks, months and even years to rebuild and regain a sense of normalcy.  And some have said it just isn’t worth it as the beauty of Texas and convenience of the Gulf Coast isn’t worth your life.

Now we have another hurricane, Irma, bearing down with winds that have been touted as the most horrific ever seen in the Atlantic – 185 mph sustained with the hurricane’s forward speed of about 15 mph.  This hurricane’s cumulative wind speed independent of gusts is approximately 200 mph.)  There are very few structures and almost no homes that can withstand such velocities. One meteorologist has said that all of the barrier islands on the Western side of Florida are likely to be substantially reconfigured and some will disappear.

The smart people are running from the storm taking their most valuable possessions with them.  None of them knows when they will return or when it will even be possible to return as the whole of Florida is at risk.   Attempts to hunker down in place are essentially suicidal.  The idea of playing in the storm for the heck of it is stupid and likely to create numerous Darwin Award winners if their bodies are found.

Here in Virginia, folks talk about the possibility of a Rte 95 storm.   Hurricane Irma is projected to go south to north up the Florida peninsula and follow the highways north give or take a couple hundred miles.   The greatest catastrophes will be in Florida where hundreds of billions in damage will likely match or exceed the Houston destruction.   However, Virginia is by no means out of the woods.  Storms of this magnitude while dissipating over land still carry a substantial punch, and flooding in the tens of inches and gale (or even hurricane) force winds will kill people, topple trees, and knock out power.

So, if you are one of these wait to the last minute people, I suggest you move just a minute or two sooner than normal.

I ask this august group: What to do, what to do?

Do you favor government assistance?

Or do we turn our backs collectively and leave this to voluntary charity?

And if we can see our way to collective, govt response, what’s the bottom-line difference between a hurricane and cancer striking a member of your family?

I say we cast our lot together “… in Order to form a more perfect Union … promote the General Welfare.”

I think we should send FEMA to Miami, and set up tents, give out soda pop, turkey sandwiches, and little dolls and matchbox cars for the children. Everyone there will need free flood insurance in the future, and free gas because of the gas lines, and food because the grocery stores won’t be working right, some new roads and bridges. We should give them training for future jobs and free health care and free university.

It might be worth mentioning that I’ve decided that the national debt is so high it can never be fixed and that I favor letting politicians finish destroying the economy so we can start over, so the faster that happens the better in my opinion, I think the Republican party should stop trying to manage the decline and just let this *&^% descend into total chaos and get it over with.

The global socialists always want to turn everyone into “we are the world” – and when somebody balks, they try to silence or, eventually, kill them. Once slavery is achieved, the useful idiots go “oh no” but by then it is too late.

So, Salt is a yes, Warmac is a no, or at least that’s my read of it. Salt could be read as a no, but he votes to “just let this *&^% descend into total chaos and get it over with.”

OK, I think I got that. Thank you for voting. Sorta.

Me? I’m for “the fast track to ruin,” showing some compassion and allocating collective govt relief to the victims of both storms. So, too, are the leaders of both parties.

Mac, PLEASE REMEMBER THIS WHEN IT HAPPENS. I hope you look back and think about THIS MOMENT when it happens, when the economy goes to hell and it all falls apart, when the world economy crashes under the debt burden. 2008 wasn’t good enough for you guys, you printed money and thought you’d “fixed it”, but all you did is kick the can down the road and make it even worse.

I like fast track to ruin. Rural people will be just fine, and working man’s labor will be worth something again, okay by me. It’ll be nice when working people’s wages don’t have to compete against all that printed money, when urban Democrats can’t own people through the FED’s cash window. Just remember when it happens that you voted for it, okay ? Equality, you’re going to get exactly what you asked for, eventually, everyone IS going to be equal, just like Venezuela. You can get to know all the other Democrats in your neighborhood when you’re sitting out in line for 6 hours trying to get some free government laundry detergent. The Democrats idea of compassion is giving a poor family a puppy they can’t afford to keep, and giving people free *&^% that the country can’t actually pay for, all because it makes them feel good in the moment.

There is no free lunch.

No free lunch. Got it. And the Republican idea of all this, how does that differ? Or how is it the party in control of the budget for the past seven years has let this happen when it is all the Democrats ideas? Is there hypnosis involved? Drugs? How do you explain it, Salt?

You’re looking to me to defend Republicans ? WTF, that’s never going to happen, they spend just as much money as Democrats, just on different things.

When the deflation happens it’ll be the greatest thing to ever happen to rural people, in my opinion. The way it is now, the world has levered up with debt and they use that debt to control the world, to control people’s lives – every time a Wall Street CEO floats some junk bonds to buy a company out, every time a school accepts a kid’s student loan money, every time an urban person borrows money and goes out into rural areas to buy property by the lake, that is urban people using borrowed money from the FED to own people.

When it comes crashing down, when it ends, when all that OPM disappears and you are forced to actually compete against other people’s labor, it’ll all be good for the poor, not so good for you if you are sucking on the FED’s tit.

Democrats are voting for their own demise as a party and they don’t even know it.

From what I hear Johnathan Fawell and his wife are held up in a shelter down there now.

Darn News Anchors they are Aliens, kick em out.