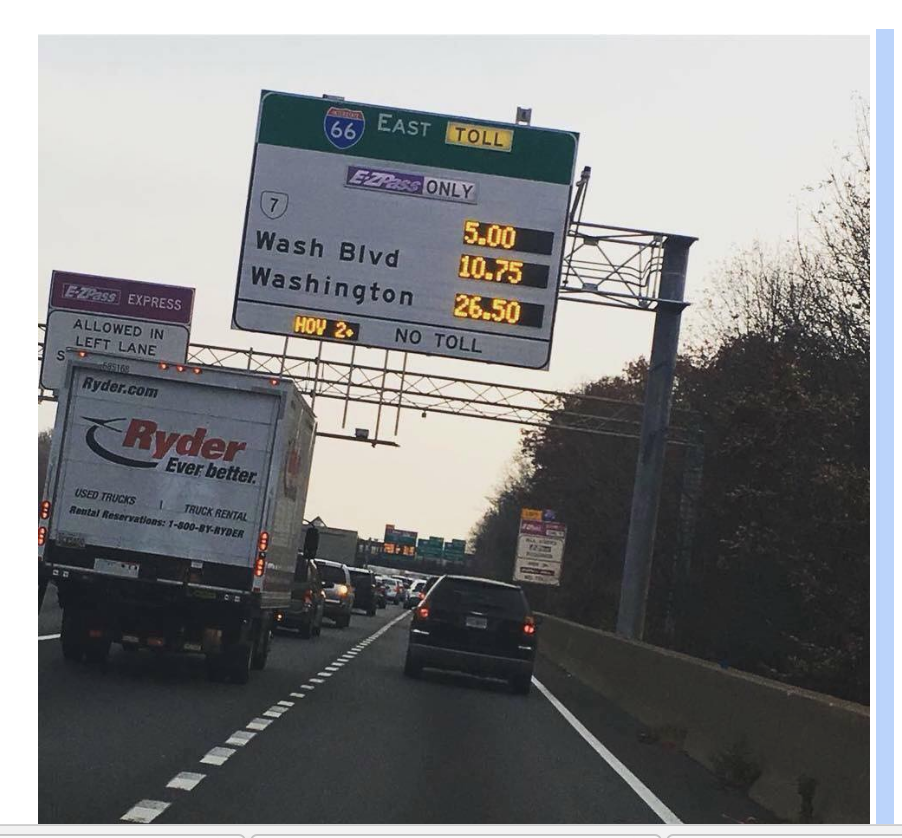 We were told I-66 tolls wouldn’t be more than $5, Republican candidates were called fear mongers when we suggested adding tolls on I-66 would be a disaster.  But now, two days into this despicable experiment, DC commuters from the suburbs are being extorted for tolls as high as $40 for the honor of driving the fastest and easiest way to work.  It’s really an outrageous setup that Terry McAuliffe and Virginia have come up with here where Virginia commuters are now being directly taxed just to go to work.  Nevermind I-66 is almost forty years old and capacity has never been added.  You either sit there and take it or you bypass to off-roads which are even worse. 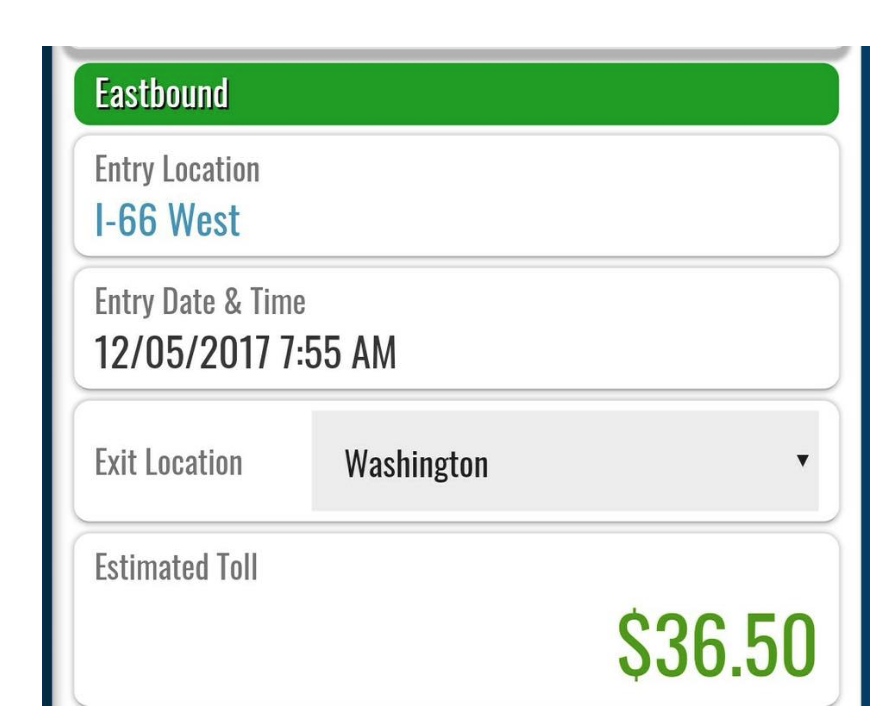 Sadly, Northern Virginia voters were more motivated to stick it to Donald Trump rather than listen to a score of Virginia. Republican delegates and senators who have said since this idea was rolled out that this very thing could happen.  Chief among them was Del. Jim LeMunyon of Fairfax who was just defeated in November.  He patroned THIS bill that offered the following rather cogent line of lawmaking:

“No toll shall be imposed or collected for the  use of any existing component of Interstate 66 east of mile marker 67.”

Kirk Cox, Todd Gilbert, Tim Hugo and Tommy Norment need to take LeMunyon’s bill and submit it as their very first order of business in the January General Assembly session.  Refuse to move on any other matter before this extortion of commuters and Virginia taxpayers is repealed.  The RPV position should be without compromise – no tolls on 66. None. Nothing.  $0.00.

No compromise, no hedging.  Republicans need to force Democrats and Ralph Northam to fix this mistake and ban all tolls on I-66. It is a slap in the face to everyone who lives and works in Northern Virginia.  We sit in almost two hours of traffic every day, at least let us do it in peace.  Remember, folks up here actually have to budget tolls and time into our everyday lives.  Cost of living is already high enough and making low to mid six figure salary guarantees you may be able to afford a townhouse. Right now we are the victims of a greedy state government and a greedy governor who just wants our money, quality of life be damned.

This is a unique opportunity for Republicans across the state to prove to Northern Virginia voters that we can actually help and affect them every day in a positive way.  We aren’t the cretins Democrats would have you believe, they are the ones who use our transportation woes to squeeze every last dime out of you, and do it while you’re sitting in an hour of traffic with nowhere to go.

Pass LeMunyon HB1 and don’t do anything until it is done.